From the archives: Wilton's Music Hall

Wilton's is one of London's hidden treasures, a rare music hall survival. Last year I visited for its 150th birthday celebrations; this year, a biography of former star turn Champagne Charlie is about to be published. 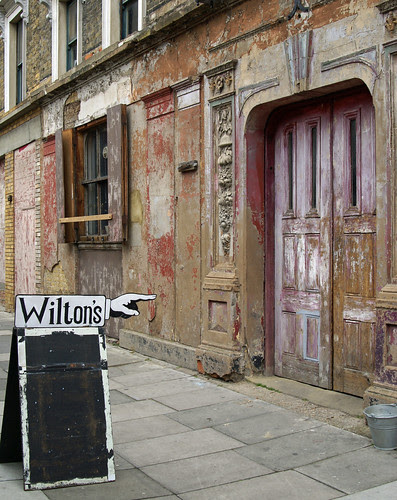 Yesterday, Wilton's Music Hall held an open day: a wonderful opportunity to explore this Victorian treasure near Tower Bridge. Now celebrating its 150th birthday, it is the oldest surviving grand music hall and the former home of Champagne Charlie.

The hall was built behind John Wilton's pub the Prince of Denmark (and neighbouring properties purchased for the land to their rear), and hosted a huge range of acts from opera to circus. Quickly built in 1859, and more quickly rebuilt after an 1877 fire, the auditorium did not have its own frontage but was entered through the pub. Since the latter was apparently the first in London to have mahogany fittings, it was also known as the 'Mahogany Bar'. The music hall had some similarly glamorous touches including barley twist columns which still survive, and a huge, elaborate gas chandelier which does not. 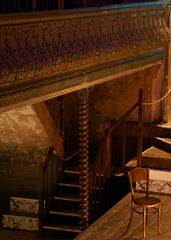 'Champagne Charlie', a 'swell' in evening dress carrying vintage Moet & Chandon, must have looked at home in such surroundings. His real name was George Leybourne, a former factory worker whose performing career began in northern music halls. He was rumoured to have been commissioned by Moet to write and sing in praise of champagne, and certainly did much to associate the drink with glamorous, fashionable life - especially as he himself lived the lavish lifestyle he sung of, drinking champagne and riding in a carriage drawn by four horses. However, the song was more enduring than Laybourne's own success for he died penniless in 1884 at about the time Wilton's music hall also reached its end.

New safety legislation caused the closure of many pub music halls at this time, and Wilton's barely outlasted John Wilton's death in 1880. The building found other uses: soup kitchen for the striking dockers of 1889; Methodist mission hall; and anti-fascist headquarters in the 1936 Battle of Cable Street. During the Second World War the building served as a local shelter; it was then a rag warehouse before being abandoned. 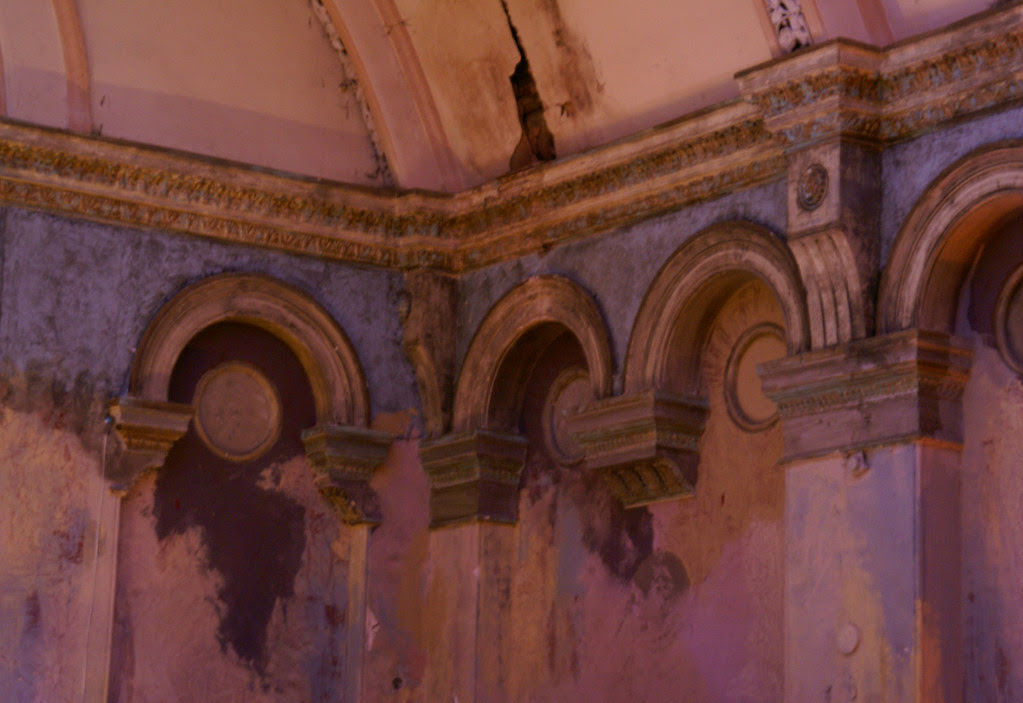 Sir John Betjeman, a founder of the Victorian Society, campaigned to save Wilton's from demolition in the 1960s and it is now listed. However, the building is deteriorating - its atmosphere of faded glamour and picturesque decay belies deeper structural problems. Wilton's Music Hall Trust are working hard to preserve this special space, described in World Monument Watch's list of 100 most endangered sites as a 'rare and remarkable monument to working-class leisure in nineteenth-century London'.

For more of my Wilton's Music Hall photos click here; there's another account of the open day here.
- March 27, 2011

A rare and remarkable monument to working-class leisure in nineteenth-century London indeed!

It's a pity the biography is so expensive - at £48.50 you could get 6 current chart topping paperbacks!