From the archives: the Black Friar

Where better to spend a Sunday than with the Black Friars? These particular monks are especially cheerful as they're to be found at one of London's most distinctive pubs. 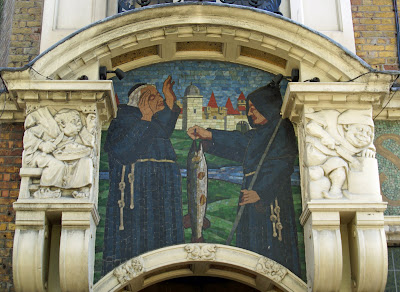 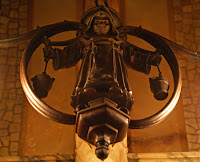 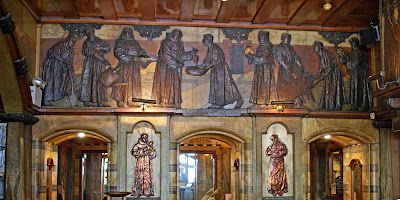 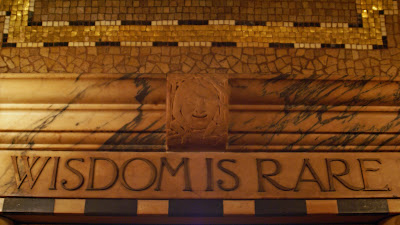 Hello:
These are certainly jolly monks indeed! And, whilst we rarely visit public houses, this one is just irresistible and will, most definitely, be on our list next time we are in London.

The elaborate riot of monks enjoying good food and good drink might not be an exaggeration. After all, if the poor buggers couldn't enjoy a good root, what better comforts were available than food and alcohol?

And there are plenty of records that
a] celebrate monasteries and priories having secret recipes for wonderful drinks (I am thinking of France and Italy here, but why not in all countries) and
b] criticise monateries and priories for not reaching the proper standards of abstinance and sobriety.