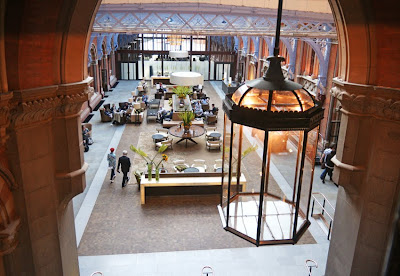 If you're going to make your hotel a blend of old and new, you may as well begin at reception and that's just what the St Pancras Renaissance has done. The ground floor used to be bisected by a covered roadway for cabs; now, the beautifully-restored glass roof soars over the reception, bar and function room rather than tarmac and taxis. 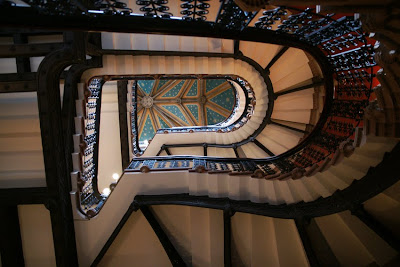 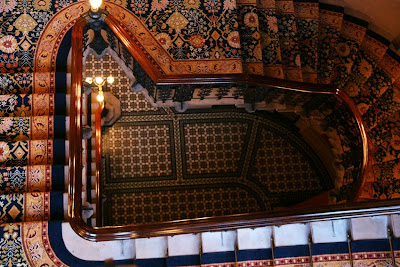 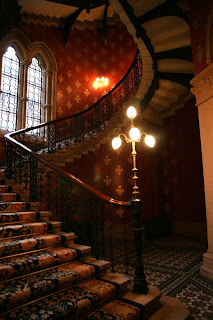 The centrepiece of the hotel is its fine grand staircase. Perhaps best known for its role in a Spice Girls video in its days of faded glory, it is now fully restored and absolutely splendid. As elsewhere, there has been careful attention to detail with a reproduction of the original carpet covering the stairs.
The hotel was at the cutting edge when it first opened, with numerous firsts: hydraulic ascending rooms, electric bells in every room, and a ladies' smoking room. Yes, ladies could actually smoke here in public! (Not that the building was exactly organised on feminist principles, since most of the public rooms were for men only.) The lifts were a mixed blessing: they were so innovative that safety was somewhat lacking, and several people fell into the empty shaft when the lift wasn't there.
However, there were two serious shortcomings. First, the hotel had only five bathrooms for 300 rooms: a long way from the en suite facilities which would become the norm for luxury accommodation. Second, the hotel's fireproof construction meant its concrete floors were almost two feet thick, too thick to allow for the installation of new plumbing. It would decline in the twentieth century before closing altogether in 1935.
It's now open for business as a luxury hotel again. Even if the rooms are outside your budget, I'd very much recommend taking a guided tour. 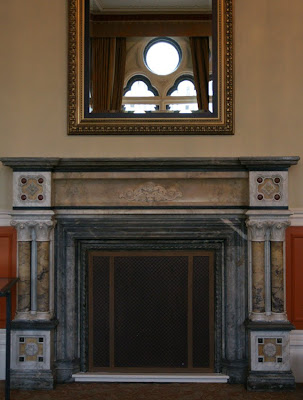 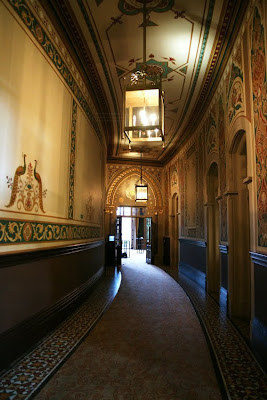 Further reading: Lee Jackson of Victorian London has also visited, as has Londonist. The hotel has a PDF of its history here. Book your tour here or your room here. 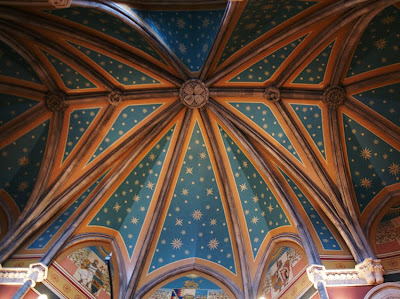 The splendid architecture is still surprising to our modern eyes, so I can imagine it knocked the socks off visitors when it first opened.

The interested viewer would certainly want to know what the architect was thinking. And the attached history document is wonderful, thanks. It noted that George Gilbert Scott envisaged a building that was as imposing and ornate as the Palace, but strongly influenced by the softer, more colourful Venetian Gothic, as championed by the noted critic John Ruskin.

Not as far as I know - although he was born very nearby.