From the archives: Deptford's corsair connection

We remember that Drake sailed around the world, but perhaps not why. The purpose of his voyage was to attack the Spanish: the Queen saw him as a privateer, but to Spain he was no more than a pirate and a large reward was offered for his capture. His voyage in the Golden Hindwas helped enormously by his capture of Spanish charts, and even a Spanish captain experienced in navigating South American waters. He also took more traditional treasure of gold, silver and jewels. 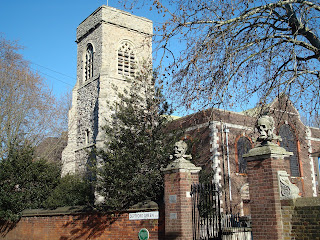 Drake had departed from Deptford in 1577, visiting St Nicholas's Church before he left. The Golden Hindreturned to Deptford in April 1581 and Elizabeth I came onto the ship for dinner. Impressed by the value of his cargo (she was entitled to a half share) and his achievement in being the first Englishman to circumnavigate the globe, she knighted Sir Francis on board. (Pointless bit of trivia: his actual dubbing with the sword was carried out by the French ambassador the Marquis de Marchaumont, not the Queen herself).