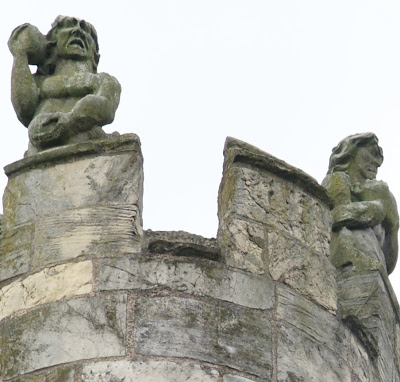 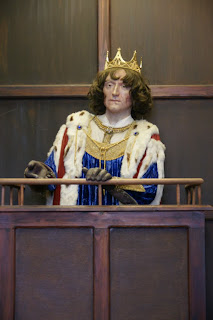 Today, the building holds something more intriguing than menacing. The Richard III Museum asks, did this infamous king really kill the Princes in the Tower? The perennially popular historical debate is nicely rehearsed here with Richard stood in the dock, prosecution and defence arguments presented orally and in varied visual displays, and a chance to give your own verdict at the end. The history of the location isn't forgotten either, with various former cells accessible to visitors. 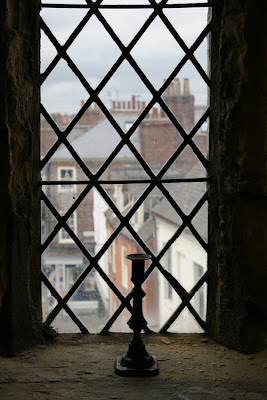 Email ThisBlogThis!Share to TwitterShare to FacebookShare to Pinterest
Labels: crime

In "The Daughter of Time", Josephine Tey argues very convincingly that it was not Richard III who killed the princes, who were no threat to him at all, but the usurper Henry VII. History is written by the winner, after all.

A much more welcoming gate is Walmgate Bar, which has one of York's most endearing cafes built into it.

I remember the first time I stumbled on the Richard III Museum.

I think I was about 13 and we were on a family trip to York. History fascinated me and that was the first time I think I properly realised just how subjective it could be, and how sometimes we don't know as much about the past as we think we do.

Josephine Tey's book is indeed brilliant - arguably one of the best Crime Mysteries ever written, and whilst she's not entirely right on a few things, she really does nail the underlying fact that Richard III was for a long time likely massively misjudged in historical terms.

The title is, of course, part of a quote by Sir Richard Bacon:

"Truth is the daughter of time, not of authority"

John Bull and Hugh, thank you - I was trying to remember that book (which I'm ashamed to say I haven't actually read yet). And thanks for suggesting I visit, JB - it's definitely a real gem.

Mat, I did notice the cafe but had just had coffee so didn't go in. Something for my next visit!