Festival of Britain (1): the vintage bus 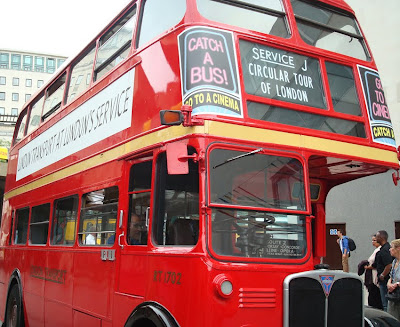 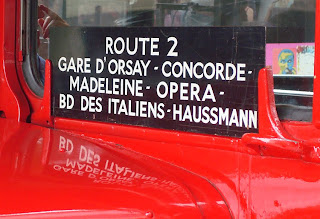 It's the sixtieth anniversary of the Festival of Britain this year, and its most lasting legacy - the South Bank Centre - is hosting various events to commemorate this. At the weekend, I was lucky enough to join one of them: a mystery tour on a vintage bus.

The connection between the 1951 Festival and double-deckers may not be obvious, but four shiny new RT buses played an important role in promoting the event. They made a tour of Europe in 1950, exhibiting what Britain had to offer and advertising the forthcoming events. Only one is still roadworthy, and it was that bus which took us on our mystery trip through the capital. This Pathe newsreel shows it with its colleagues at the beginning of their first long journey:

When they started their original tour in Oslo, only one of the four buses was designed to carry passengers. It gave free rides in the towns they visited, while the interiors of the other three held exhibition spaces and a very sleek and stylish staff space: although the seven men stayed in hotels, this area functioned as a sort of staffroom. Works foreman Frank Forsdick was in charge of four drivers (who were also engineering staff), an electrician and a mechanic. The convoy visited Norway, Sweden, Denmark, Germany, Holland, Belgium, Luxembourg and France. Thousands of visitors came on board: 62,750 in France alone. Amazingly, none of the buses suffered mechanical problems during the journey. 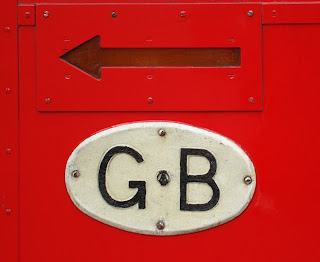 After their 4,000-mile foreign trip, the buses returned to normal service - although they kept their 'GB' plates as a reminder of the overseas adventure. There were a few breaks for special circular tours of London during the Festival, but otherwise RT1702 worked as an ordinary London bus until it was retired in 1972. Three London Transport employees then bought it, and the 1702 Preservation Society has been keeping it on the road ever since. This weekend, it once more fulfilled its original purpose of drawing attention to the Festival of Britain.

I added a link to my post on the Festival of Britain because this was the first time I heard about festival buses wandering through the cities and towns of Northern and Central Europe. What a brilliant idea.

Thank you - I didn't know about these either until I got on the bus!