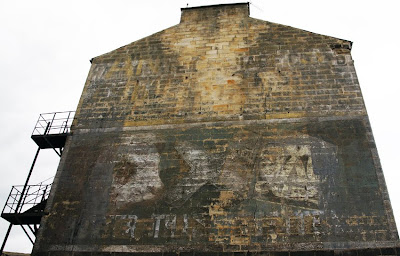 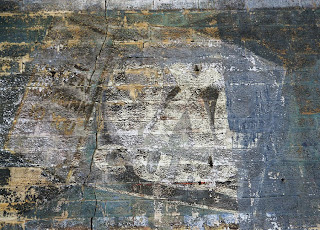 This sign in Harrogate is fairly obviously for Oxo stock cubes. On a closer look, it is actually a palimpsest: the large 'Oxo' has been painted over an earlier advertisement which included an image of the box. On the side is their slogan 'it's meat and drink to you'.

Look up, and there are fainter traces of another advert for Harrogate Carriage Co. This company was acquired by Harrogate & District Road Car Company in 1924. Despite the less-than-snappy name, you may not realise that what they actually did was own buses (originally steam buses). It's not clear whether the name changed in 1924, but following a merger with a Bradford company in 1928 they became the West Yorkshire Road Car Co. By 1932, subsidiaries such as the Harrogate & District Road had been fully incorporated into it.

Given the number for Bovril I was always surprised that I'd never seen one for OXO. Now the wait is over, what a great find.
www.ghostsigns.co.uk

Thank you - it is surprising that Oxo aren't more plentiful. However, they seem to have liked this particular location enough to stay through several versions!

I don't know what it is with this use of 'road car'. An early attempt to distinguish motorized transport from the old horse-drawn omnibuses? Who knows? Where I was born the buses were provided by the Lincolnshire Road Car Company.