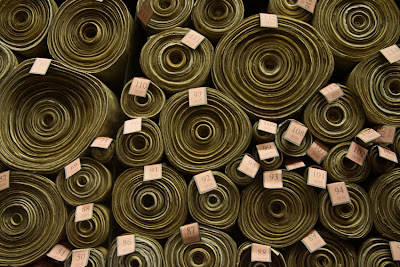 When Parliament passes a law, the text of the statute may appear online but the original Act is recorded on vellum and stored in the Parliamentary Archives. Now in book form, they were originally rolls - the longest is quarter of a mile long - making for a striking collection.

The Acts only survived the fire which destroyed the Palace of Westminster in 1834 because they are officially House of Lords records. While the House of Commons archives were almost completely destroyed, the Lords kept their records in the Jewel Tour which survived the blaze. 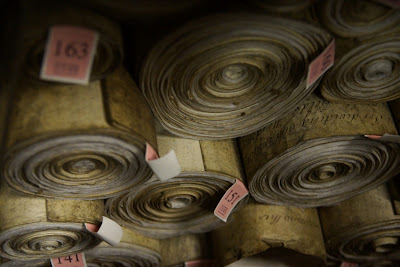 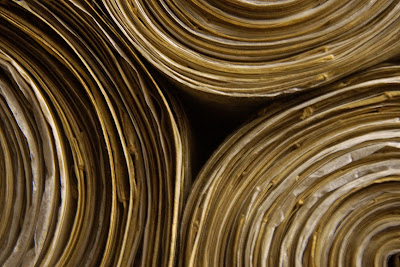 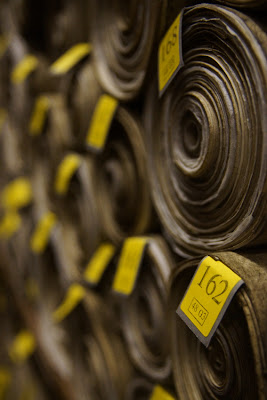 Many thanks to London Historians for organising the archive visit, and to our guide Caroline Shenton who is not only Clerk of the Records but also the author of The Day Parliament Burned Down. Read more about the tour here.

Sure makes for interesting images!