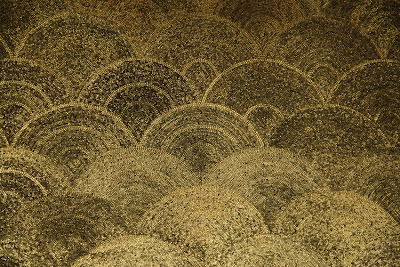 The nineteenth century was a time of expansion for London cathedrals. The Anglican church of St Saviour's was upgraded to Southwark Cathedral; Catholic counterpart St George's was completed in 1848 and given cathedral status in 1852. 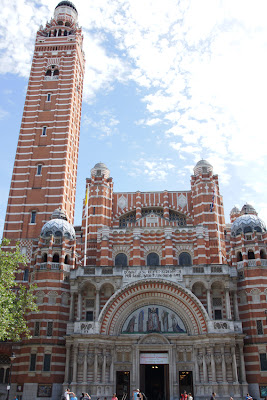 Over the river, construction of Westminster Cathedral began in 1895. It slightly overran the century, opening in 1903 and confusing tourists looking for the Abbey ever since! However, it deserves a visit in its own right for while it may not have the long history of Westminster Abbey, there is plenty of interest to be found here. Eric Gill's stations of the cross are well-known, but there is much more decorative detail to be discovered. 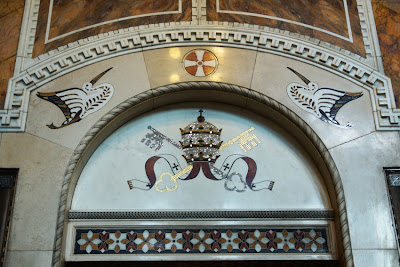 Externally, the most eye-catching feature of the building is its stripiness. Red brick is decorated with bands of white running horizontally, vertically and in curves. As for the structure and internal decoration, they are neo-Byzantine. Domes, mosaics and over 100 different marbles are all present, although the narthex (full-width outer porch) typical of Byzantine churches is not. That does mean that with the main doors open, there is a view from the exterior directly to the high altar. 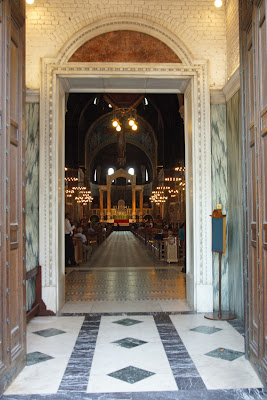 One of the cathedral's inspirations is visible in a mosaic of Constantinople (Istanbul), which has the great Byzantine church of Hagia Sophia at the centre. Westminster's architect, John Francis Bentley, didn't actually see it, though. He made a tour of Byzantine-inspired churches in southern Italy but his own health and an outbreak of cholera in Istanbul prevented him travelling to Hagia Sophia itself. 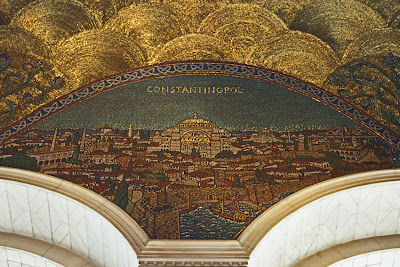 The architect John Francis Bentley died in 1902, before the cathedral opened. The interior decoration was largely incomplete, and Bentley had left very few designs. As a result, the mosaics added at various stages since the building's completion (usually as money allowed) are in a range of styles. They reflect not only changing tastes but also the wishes of benefactors. 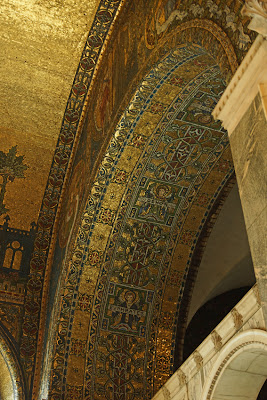 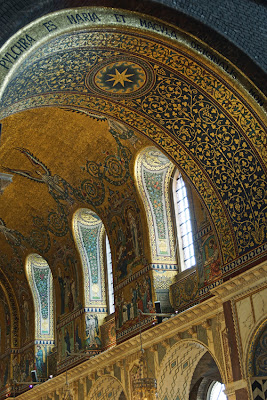 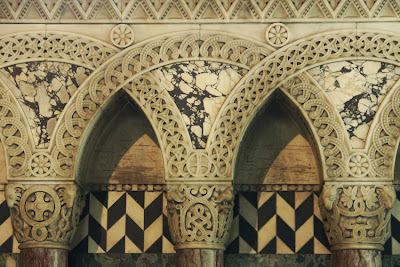 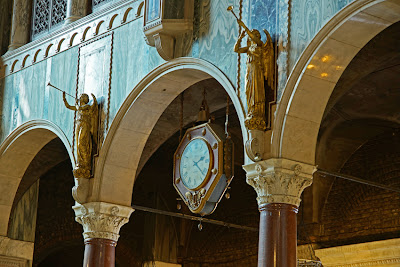 Neo-Byzantine. I must remember that, Caroline, and take another stroll around this beautiful cathedral. Thank you!