Heritage and a Horlicks repeat

Heritage Open Days on 6-9 September will allow us to get into buildings all over England (except London, whose Open House event is two weeks later). Scotland and Wales have similar events extending over every weekend in September.

For those of us in the capital, some of the Heritage Open Day sites are much closer than you might expect (57 are within the M25). IanVisits has an excellent list of highlights in the south-east, including the Horlicks factory. As a taster for their tour (pre-booking required), here's a look back at my visit in 2010.

No night starvation in Slough 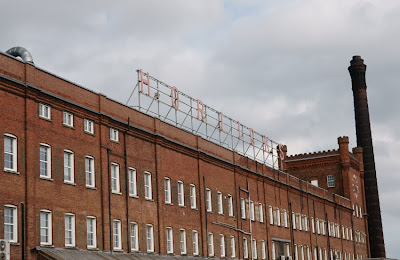 Slough, west of London, isn't really thought of as a heritage hotspot. Its reputation was hardly helped by the Betjeman poem which begins, 'Come friendly bombs and fall on Slough!' However, the 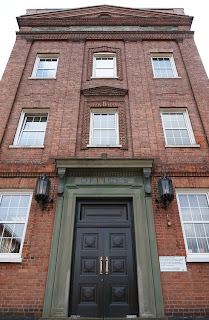 Heritage Open Days this weekend highlight places worth seeing in this maligned town, not least the Horlicks factory which opened to the public for the first time today. I was lucky enough to join one of the tours.

Horlicks has something of an Anglo-American heritage, although its biggest market today is India. The drink was first produced in the USA by two English brothers, William and James Horlick, in 1873. By the 1890s James had established an office in London, and the Slough factory was opened in 1908.

Initially the drink was targeted at infants (it's no longer recommended as a baby food), but by the early twentieth century it had found a new market. Compact, nutritious, and made using only water rather than hot milk, it was popular with arctic and antarctic explorers. However, its 1930s advertising campaign really shaped perceptions of the drink: promising to stave off 'night starvation', it firmly associated Horlicks with a good night's sleep. 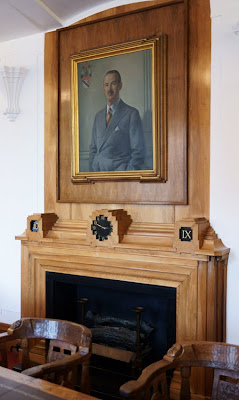 The company boardroom dates from that same period, and has wonderful Art Deco features. My very favourite was the fireplace with inbuilt clock and calendar (the numbers for day and month, on glass, are stored in a box just behind the display). The ceiling is pretty stylish too. 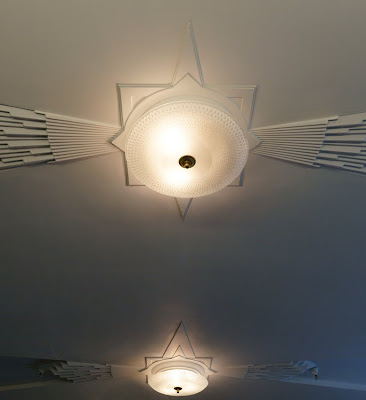 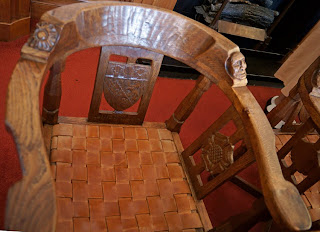 The furniture was made by Robert Thompson, famous for including a mouse on every piece. The chairs also bear other decoration including the Horlicks arms - appropriately enough, they include a cow and a sheaf of grain.

Both boardroom and archives are treasure troves of old products and packaging, as well as photographs and other memorabilia. Among the most evocative were the staff magazines. 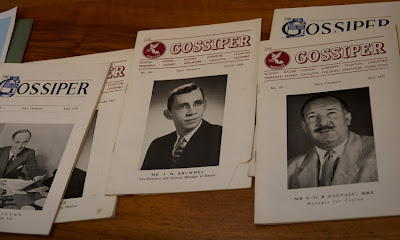 Horlicks is not something I have ever drunk and, in fact, the idea repels me, though I couldn't say why. Nonetheless, the building certainly looks worth a visit. I suspect there is a lot of good Art Deco out there that is never seen because its owners do not realize it is anything special. A new interest in it is well under way, however, so more gems may be revealed in time.

I was interested in the "mouse furniture" because it immediately recalled a bench on Darlington station. Dedicated to the Yorkshire Regiment, the bench has a pretty little mouse carved on it. I wonder whether there is any connection.

Robert Thompson was based in Yorkshire, so that could well be his work.

Horlicks never used to appeal to me, but I have become quite fond of it. (The tour ended with some samples - very sensible, because they converted me!)