Guenroc, a village in Brittany, is defined by stone. First, there's the white quartz which probably gave it its name (gwen is Breton for white, roc'h for rock). It stands in an outcrop on the edge of the village; a place of worship since Celtic times, it is now topped with a statue representing Jesus. 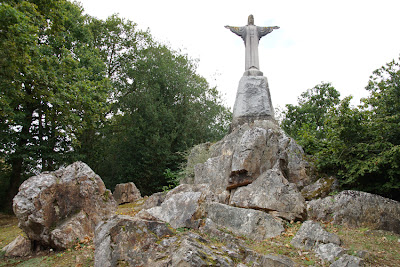 The second stone is granite, ubiquitous in Brittany. Here as elsewhere, the hard grey stone has been used to build the more prosperous homes. They are settled around the fifteenth-century church, focal point of the village; fairs and markets were once held alongside it. 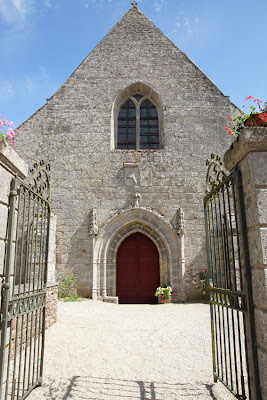 Finally, there is sandstone. When local merchants made their fortunes in the cloth trade, one way of displaying their wealth was by having a carved chimney. This fashion depended upon the local availability of a hard  sandstone, significantly easier to carve than the granite otherwise used. Half a dozen of these 300-year-old chimneys survive, reminding those who visit this quiet village of a livelier period in its history. 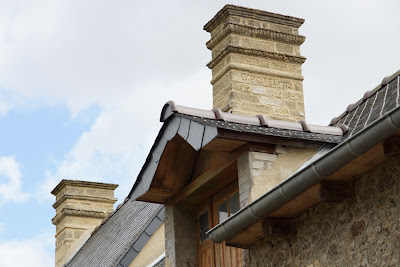 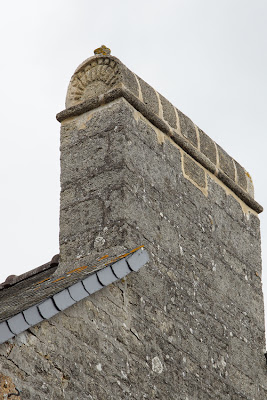 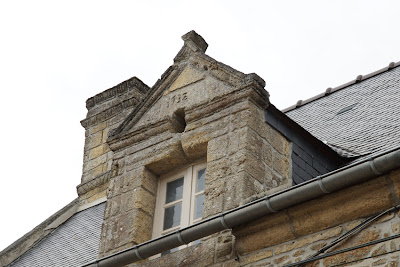 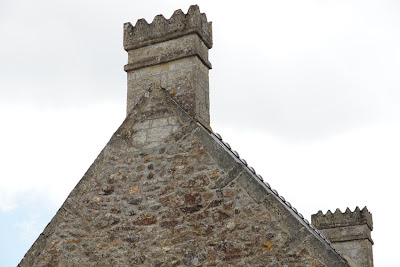 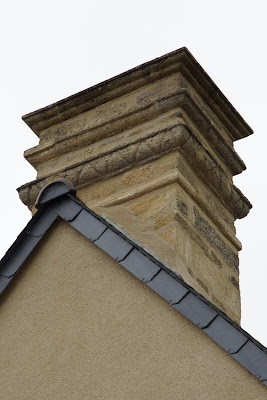 Beautiful buildings. I do love Brittany.

Me too - I'm so lucky that my parents moved there!