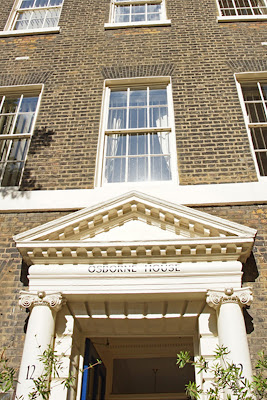 Osborne House in Devonshire Square, Spitalfields is somewhat older than its Isle of Wight namesake. A house was first built here in the late seventeenth century by Dr Nicholas Barbon. Best known as a pioneer of insurance, he was also a speculator whose houses were often of notoriously poor quality. (He did, however, have a splendid middle name: If-Jesus-Christ-Had-Not-Died-For-Thee-Thou-Hadst-Been-Damned.) Perhaps because of that poor quality, Osborne House was either rebuilt or refronted in about 1740. 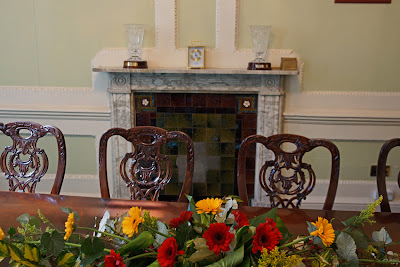 Originally a residential property, the house is now headquarters of the National Association of Flower Arranging Societies (NAFAS). They have retained its original features, including a very unusual fireplace. When the house was restored in 1886, it was described thus:

there is a curious revolving grate on the first floor, having an oval firebox divided by an iron plate into two halves, one half more decorated than the other. The firebox turns on a pivot and either half can be used in the fireplace as desired. 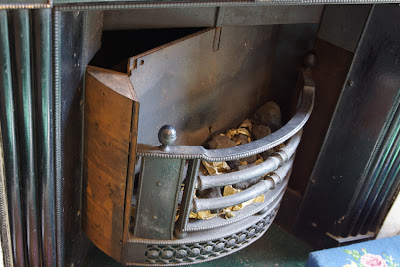 The purpose of the rotating grate is not entirely clear, but it seems that the plainer, smaller side may have been for everyday use, with the more ornate half spun into service on special occasions. 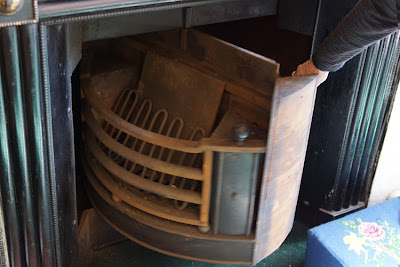 Other features include this strongroom - the door is made of steel, not wood - and of course, some lovely flower arrangements. 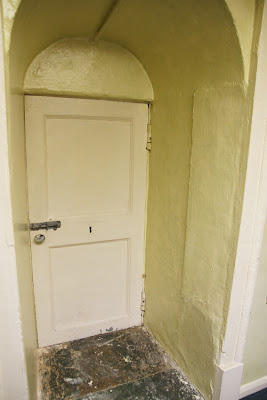 Spitalfields must have been a very mixed area, or an area that in time changed in its population. Here you have a late seventeenth century house that was clearly intended to be gorgeous. I love it.

Definitely. The flower arrangements are beautiful.