The exact extent of London is controversial, but its outer boroughs certainly include territory not really on the mental landscape of most Londoners. Thus Crayford feels like it's outside the city, and has a long history as a Kentish town, but is now part of the London Borough of Bexley. 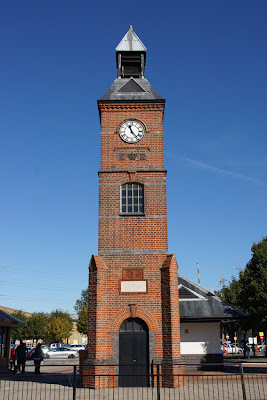 The first feature to catch my eye on leaving the (zone 6) station was this fine clock tower. Its unassuming brickwork and 'ER' in metal letters at first suggested it might be fairly modern, perhaps marking the current Queen's coronation. However, a closer look demonstrated otherwise: first, the date 1902 on a terracotta plaque showed that the monarch commemorated was Edward VII. Second, an inscription confirmed that the clock was paid for by subscription to mark his coronation. It also explained the building's purpose: it was a Sewage Lift Station built by Dartford Rural District Council. Two pumps are housed at its rear; the venting at the top of the tower also reflects its use. How Edward VII felt about this rather prosaic tribute to his reign doesn't seem to have been recorded. 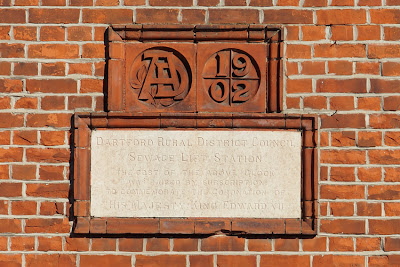 Although the clock is now at the entrance to a retail park, it originally stood in much more industrial surroundings. The town first specialised in fabric printing and was later dominated by Vickers, armaments manufacturers who made the famous Maxim gun designed by Bexley resident Hiram Maxim. The First World War brought a rapid expansion both in Vickers' business and in the town. Even the town hall is the firm's former works canteen; it is now closed and due to be redeveloped a second time, into commercial premises. 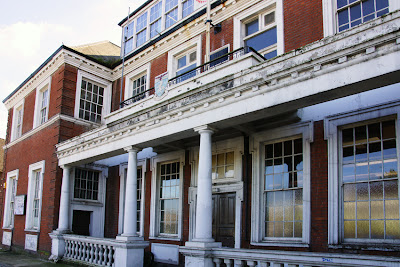 Sir Cloudesley Shovell is among the most notable former inhabitants of Crayford. He restored the town's church of St Paulinus, was MP for Rochester, and also served as Commissioner of the Sewers with responsibility for the Thames embankments between Deptford and Gravesend. However, he is best-known as a naval hero, who fought everyone from Barbary pirates to the French and Spanish in the latter half of the seventeenth century. In 1706 he rose to Commander-in-Chief but, returning from Toulon in 1707, disaster struck: his ship and several others were wrecked on rocks off the Isles of Scilly. Sir Cloudesley was one of almost 2,000 sailors to die that night: a tragic event which gave impetus to the search for an accurate way of calculating longitude. 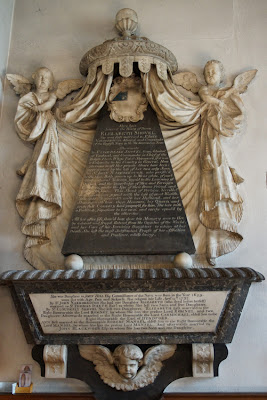 Earlier in his career, Sir Cloudesley had served under Sir John Naresborough. After the latter's death, Sir Cloudesley married his widow. His two stepsons, aged 22 and 23, died alongside him in the Isles of Scilly. Although he has a memorial sculpted by Grinling Gibbons in Westminster Abbey, this fine memorial to his wife is in St Paulinus.

The church has another distinction. While from the side it looks fairly typical, it is in fact twin-naved. St Paulinus was a popular stopping-point for those seeking protection as they crossed the robber-infested area around Shooter's Hill - or wanting to give thanks for having made it through safely. Thanks to these travellers' offerings, the church was able to add its second nave in the fourteenth century. 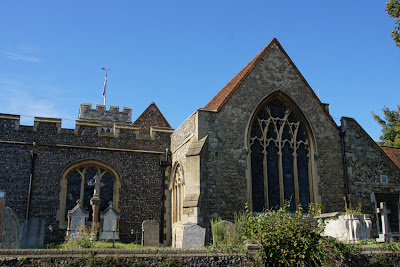 What a fabulous name, Sir Cloudesley Shovell ! I bet they gave him hell at school, though. But the nave is the central approach to the high altar, isn't it? Confusing for services, and wouldn't you need a revolving pulpit?

It seems to function just as an extra-wide nave, albeit with a row of pillars down the middle: here's a picture of the interior.

Commissioner of the Sewers...now there's a grand title. I don't think I've ever seen one of those sewer towers in person. They're like the chimney on porta-potties...perfuming the higher breezes.!

Are you trying to explore all over London?

Not in any very organised or systematic way, but I do love visiting new bits of London!