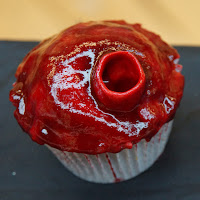 The Pathology Museum at St Bartholomew's Hospital is not generally open to the public, although it does hold special events including an interesting seminar programme. A more unusual opportunity to visit was provided by Eat Your Heart Out, an 'anatomically correct cake shop'. From aorta cupcakes to dissected arms, there was plenty to feast upon - literally the sweetest health education I've ever experienced! 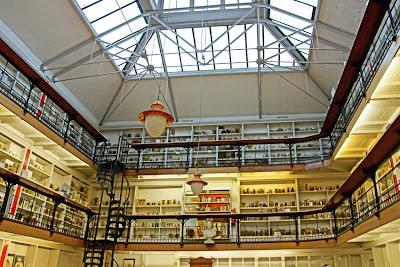 However, the real star of the event was the museum itself. Built in 1879, and opened by the future Edward VII, it retains a wonderfully Victorian atmosphere with its wood-and-iron interior, shelves of specimens, and spiral staircase. Five thousand specimens, from organs to skeletons, line the walls. Surgeon John Hunter was educated at the hospital and his bust now watches over the museum. 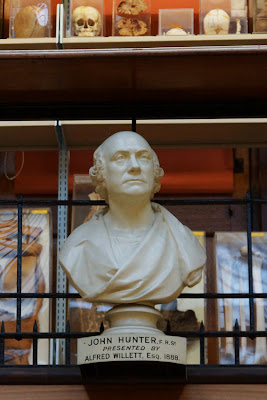 In fact, Hunter would have had access to an earlier version of the museum during his studies: anatomical preparations were kept at the hospital from the beginning of the eighteenth century. In 1828, two surgeons donated their own collections and encouraged the keeping of specimens in a central museum rather than private collections. In 1844, medical illustrations were added, with photography also used later in the century. 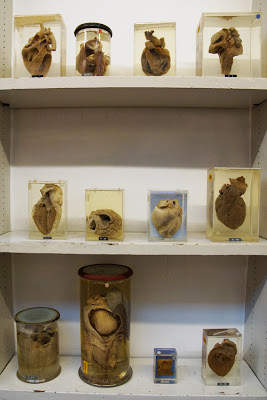 As medical education changed in the later twentieth century, so pathology museums fell out of favour.  Only a few additions were made to the collection after 1912. Happily, St Barts' museum is Grade II listed and has been undergoing a conservation programme, so it will continue to educate - about both anatomy and the history of medicine. 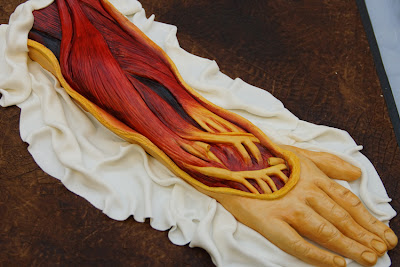 Thank goodness two surgeons were willing to donate their substantial collections to a museum.

I am not sure why pathology museums fell out of favour. When my husband did medicine, the first two years were largely anatomy - throwing dead body parts in front of students and asking them to dissect and analyse the bits. In fact decades later, he still remembers all those bits off by heart.

Thanks for the interesting entry, I think I will pass on the cupcakes though. I have been around the collection of the Royal College of Surgeons in Lincolns Inn Fields which is fascinating, a pity it was damaged by bombing in WWII.

I have never heard of this place, Caroline! Fascinating post.