There was a double dose of Victorian history at one Open House property in Rotherhithe. The Old Mortuary, now the home of Time and Talents, is unassuming but has a great deal of interest. 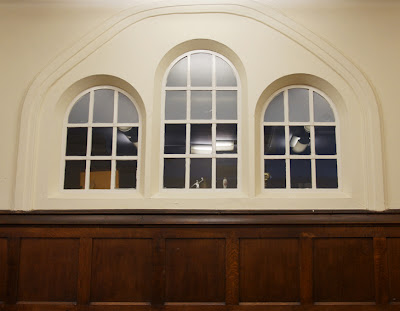 First, the mortuary was built in 1895 to deal with bodies found in the Thames. Many washed up in Rotherhithe, and fees were paid to the finder - with more money if an inquest was held, and perhaps a reward from the family of the deceased. One factor for the finder to consider was just how much the retrieval was worth; Rotherhithe paid more than some neighbouring areas such as Deptford. There was therefore a steady supply of bodies arriving here from the river.

However, they needed to be dealt with efficiently and hygienically; an area in which Old and New London suggested the city was lacking. Published in 1878, it quoted 'a correspondent in a weekly journal' at length:

It would be reasonable to suppose that with an average of some 150 to 200 of these bodies requiring attention every year there would, at proper intervals along the river-banks, and at no great distance from the river, be found not only mortuaries of the most complete and perfect construction, but every facility for conveying the bodies to them. Such, however, is by no means the case. ... The idea of a corpse—it may be in an advanced stage of decomposition—being dragged from the river, laid in a filthy shell, and carried upon men's shoulders for a distance of two miles, and that, perhaps, in the height of summer, is something most revolting, and altogether discreditable to those who are responsible for it. In other cases the distance is not so great, but the accommodation for properly dealing with the dead is altogether wanting. ... The discussion that has lately been going on as to the best method of finally disposing of the dead, is no doubt a very important one; but it is evident that in London at least we have not as yet given anything like sufficient attention to the disposal of the dead during the interval between death and the final solemnity, whatever it may be. 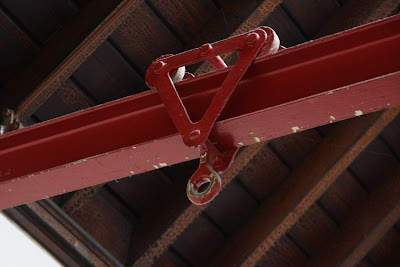 Twenty years after this account was published, Rotherhithe got this new mortuary (Tower Bridge would house another). Its creation was entirely practical: the building was designed by the vestry surveyor and built by the cheapest builder to quote for the job. The budget, including for post-mortem scales, was £999; it was exceeded by only 11 shillings and threepence.

The rooms included infectious and non-infectious mortuaries, post mortem room and a microscopic room. In fact, the infectious mortuary doesn't seem to have been used for that purpose and became a chapel of rest. Other facilities included a viewing lobby for those who came seeking to identify corpses. There were drainage channels in the floors, hooks in the ceiling, and a slate table in the post mortem room. There were also fireplaces, perhaps not the ideal amenity in the circumstances. The mortuary operated until 1965. 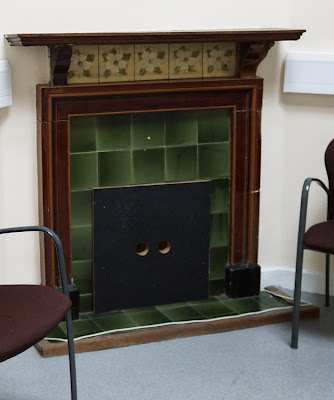 Second, the Time and Talents Association has an equally venerable association with the area. It was founded in 1887 by women who wanted to address both the waste of protected young ladies' time and talents and the conditions of young working women in this area. Their programme of education and social work has evolved over the following century or so, and today they run the premises as a community centre. It runs many activities, with a particular focus on young children and the over-fifties, and moved to the former mortuary in 1980. Among the activities taking place there are the meetings of Rotherhithe and Bermondsey Local History Group. 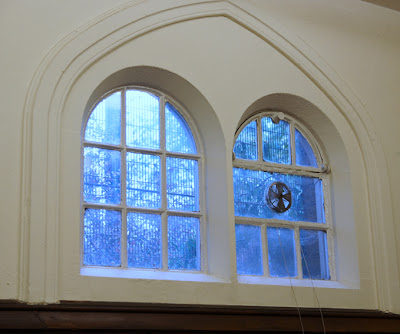 Caroline, what a fantastic post. I had no idea mortuaries were set up next to the Thames like this! Really fascinating. You do have a gift for rooting out the most interesting aspects of London life. Thanks.