From the archives: St Lubbock's Day

As the bank holidays finish and many of us head back to work, we should spare a thought for the man who gave many of us yesterday off. 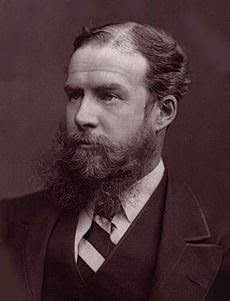 Yesterday's bank holiday may have offered indifferent weather, but it's still cause to be grateful to Sir John Lubbock, instigator of such days. He was a true Victorian polymath: a banker, MP, archaeologist and scientist (where his work extended across entomology, anthropology and statistics).

Among Sir John's diverse parliamentary interests was the increasing of workers' free time. In pursuance of this, he was responsible for the Bank Holidays Act 1871. It created four new bank holidays in addition to the commonly-recognised Christmas and Good Friday. Easter Monday, the first Monday in August, Boxing Day and Whit Monday became recognised days of rest in England and Wales (the last of these has since had its date fixed as the final Monday in May and several more have been added).

This innovation was, unsurprisingly, very popular and the days were nicknamed St Lubbock's Days (a piece of slang which seems to have persisted until the First World War). It's impressive to think that the man who changed our working lives so significantly was also the inventor of the terms palaeolithic and neolithic, a prolific author on natural history, and a leading light in many learned societies and professional organisations. If such a busy man could say "rest is not idleness", we can all feel justified in enjoying our days off!