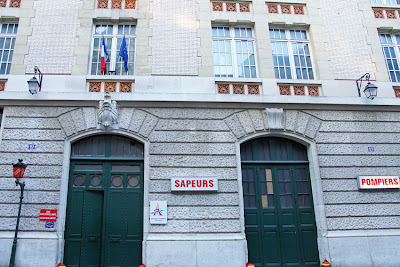 The Rousseau fire station in the rue du Jour, Paris, has some fine signs and details collected since it was built in 1897. From the enamel plaque for a now-absent bell, to the illuminated signs across the facade and the red-paned lamp, there's plenty of detail to catch the eye. 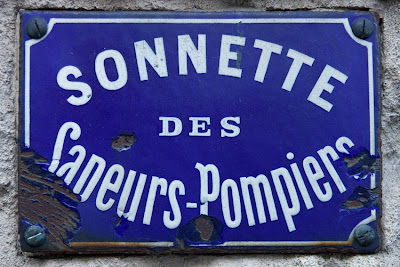 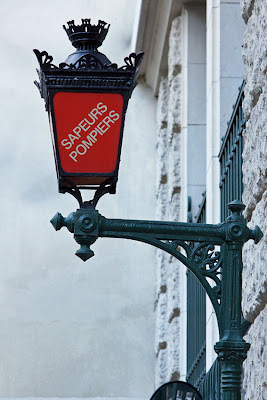 To either side of the doors are round objects, cunningly disguised as firemen's helmets. They are examples of a familiar piece of street furniture in Paris, designed to protect building corners from damage by horse-drawn vehicle. Most are less colourful and decorative, however! 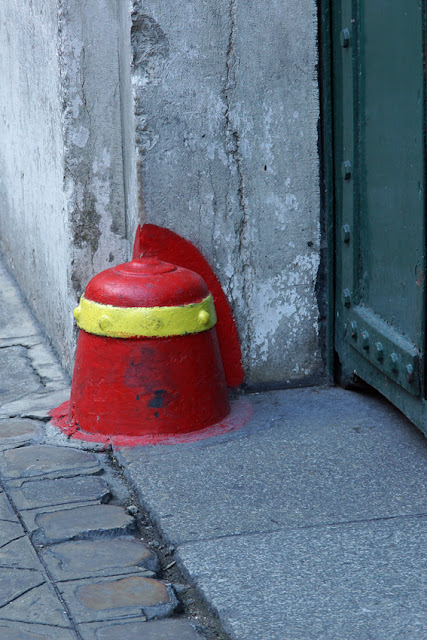 Nice pictures - it's one of the best places for the annual Bastille Day firemen's parties too!

Thanks - I saw references to the parties when I looked for information online. It's an interesting tradition which I hadn't come across before. Have you been?