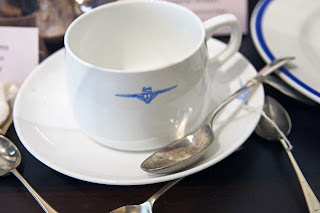 When Agatha Christie sent the glamorous characters of Death in the Clouds on a flight home from Le Bourget airport, Paris, of course they landed in Croydon. It was the first purpose-built passenger airport in the world and a stylish destination for anyone flying into London. Famous aviators of the period also flew to and from here: this was the departure and return point for Amy Johnson's record-breaking flights to Australia and South Africa (in the Pathe newsreel below), while Charles Lindbergh landed here at the end of his solo transatlantic flight.

Today, the main terminal building still survives - converted into offices, but with much of its character intact and a museum in the control tower. 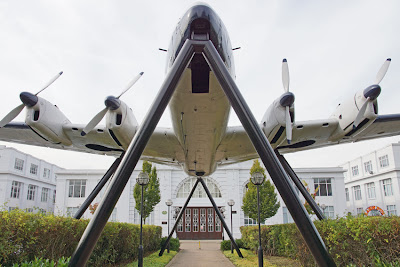 Beddington Airfield and Waddon Aerodrome, built during the First World War, were combined in 1920 as Croydon Aerodrome. During the following decade, the air terminal building was added, along with a hotel. This was also the first airport to introduce air traffic control. When Imperial Airways, later BOAC and now British Airways, were created in 1924 by merging existing companies at the government's behest, they were based here. 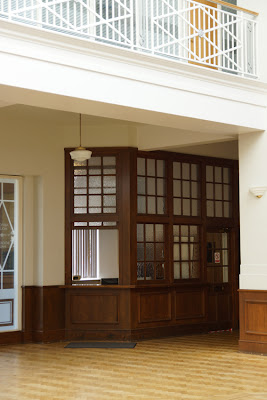 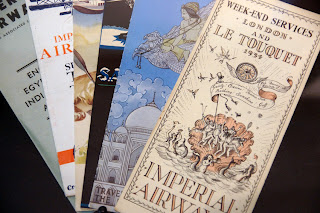 Thanks for a nice little article on Croydon airport. I knew of it but had never been directly acquainted with it.

It is quite startling sometimes to compare how things were done "then" and how facilities that we regard as essential "now" may have been missing in the past.

As a matter of fact, though, I have even in recent years found myself waiting for hours at airports seated, not on wooden benches, perhaps, but on their plastic equivalent. Sometimes, things haven't changed as much as we think they have...

A documentary on glamour days of civil aviation shown on BBC 4, stated that from arriving at the airport to boarding the plane and taking off could be done in less than 30 minutes, hardly time to sit on the wooden benches. If only that were true today! One difference is that airlines no longer have to way the passengers as well as the luggage to ensure the plane was correctly loaded. Mind you if the obesity epidemic gets worse it will not be long before Ryan Air starts charging passengers by weight.

It's true that things have not got more comfortable - but we don't have the same contrast between waiting area and flight now! (Especially as most of my recent flights have been on Ryanair.)

Great article, I strongly recommend going along to an open day there (the Visitor Centre is open on the first Sunday of every month). Here are some pictures of Croydon airport that I took back in 2011.