While Cardiff Castle is rich in history including parts of its Roman wall and a genuine mediaeval keep, what makes it extraordinary is the nineteenth-century transformation of its lodgings. The third Marquess of Bute worked with architect William Burges to remodel his apartments into a series of remarkable themed rooms.

The Second Marquess had considered the island of Bute as his home, and kept only a skeleton staff at Cardiff Castle. (One occasion upon which he did visit the castle was during the Merthyr Rising, which notoriously ended with the state hanging miner Dic Penderyn for a stabbing he did not commit.) However, his son was very unhappy at its condition, considering it to have become mediocre and far from true to its mediaeval origins. He therefore decided upon a major remodelling project which began as soon as he came of age in 1866. 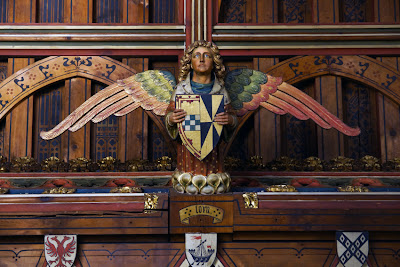 At the time, the Marquess was reputedly one of the richest men in the world. His father had transformed Cardiff into the world's leading coal-exporting port, and in the process increased the value of his mining interests in South Wales. That wealth was essential to realising the shared vision of the third Marquess and his architect: Burges's first major project, Cork Cathedral, had cost £100,000 despite an original budget of £15,000. 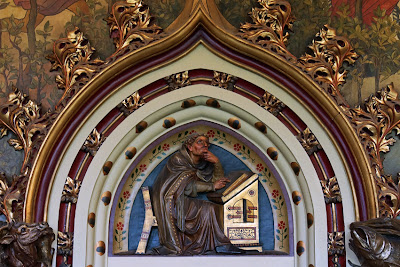 Burges had travelled extensively through Europe and to Sicily and Turkey. The latter had a profound influence upon him - as is most apparent in the Castle's Arab Room. His enthusiasm for Moorish architecture was part of an overwhelming love of the mediaeval - a love shared by the Marquess, who became his greatest patron. 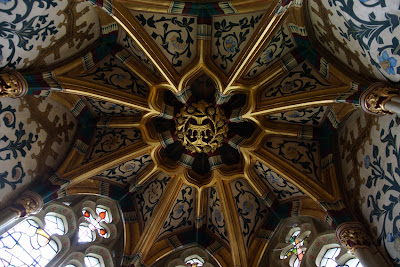 The Marquess was more than an employer and source of finance, becoming personally involved in the project. He contributed research into the history of the castle as well as an enthusiasm for the Gothic Revival. 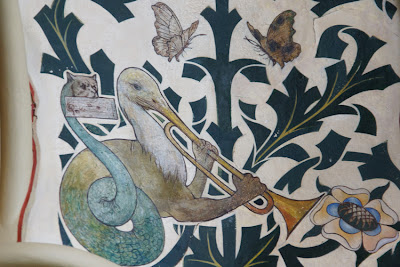 As an art-architect, Burges was responsible for all aspect of the building including the details of decoration and furnishing. He had his own team of gifted artists and craftspeople. This approach worked to magnificent effect in the Castle, but some of his employers were less patient, enthusiastic or extravagant than the Marquess of Bute. Burges was sacked from Knightshayes Court before the interior was complete because its owner, Sir John Heathcoat-Amory, objected to both cost and style and replaced him with the more restrained Crace. Similarly, Burges was employed as architect at St Paul's Cathedral for five years but his designs for the interior were so controversial that he was sacked and they were not executed. 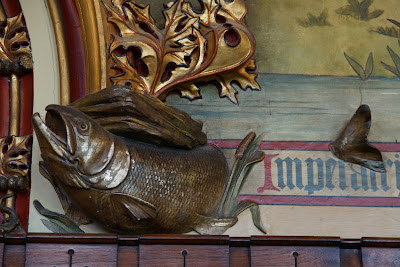 Burges would not live to see this enormous project completed, dying in 1881 aged only 53. However, he had achieved a great deal in his life: while Cardiff Castle is perhaps his finest achievement, other works included Castell Coch, Knightshayes Court, St Fin Barre's Cathedral in Cork, and several churches. He also contributed to the Mediaeval Court at the Great Exhibition of 1851. 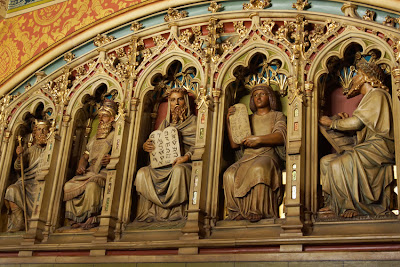 The Marquess was a linguist, so these figures over the library fireplace represent alphabets including Greek, Hebrew, Assyrian and hieroglyphic. The right-hand figure, with his Celtic runes, is supposed to depict the Marquess himself. He would return the favour, adding Burges's name to the Arab Room fireplace after the architect's death. 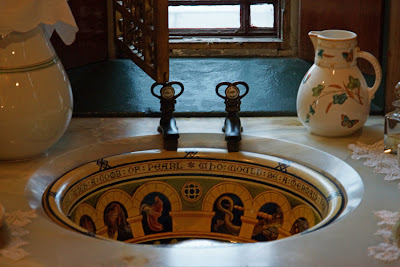 The Marquess died in 1900. Although his son completed work on the castle, including the reconstruction of the Roman wall, the family now had few business interests in Wales and spent less time there. On the fourth Marquess's death, the castle was given to the City of Cardiff. 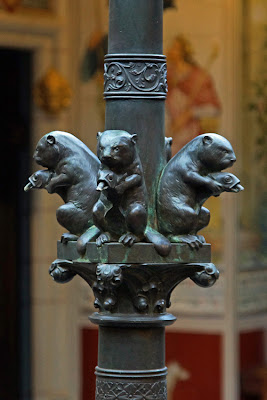 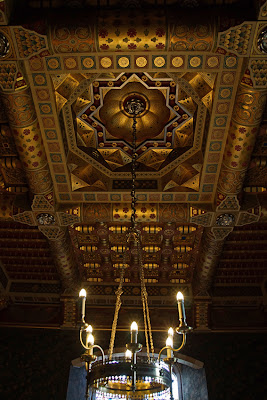 Practical information: Cardiff Castle is open to the public daily. For times and admissions, click here. I would highly recommend the premium ticket, which includes an excellent guided tour of the apartments.