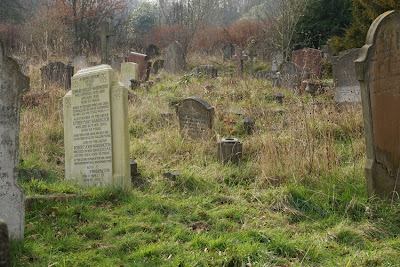 As London's churchyards became dangerously overcrowded in the nineteenth century, new facilities had to be established outside the city centre. The most famous of these are the 'Magnificent Seven' built by private companies. However, they were not London's only Victorian cemeteries: public cemeteries, as at Lewisham and Deptford, were also created. These two, neighbours divided only by a wall, later became known as Ladywell and Brockley Cemeteries and were united when the current London Borough of Lewisham came into being. 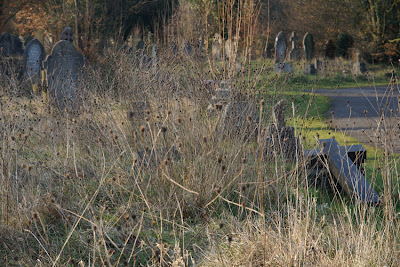 Both were opened in 1858, so it is unsurprising that they are full of interest. Among the more famous occupants of Ladywell Cemetery are Sir George Grove (of Grove's Dictionary of Music and Musicians) and poet Ernest Dowson, who coined the phrases 'days of wine and roses' and 'gone with the wind'. However, perhaps Ladywell's greatest interest lies in its atmosphere of quiet dilapidation and in the glimpses it offers of varied lives. 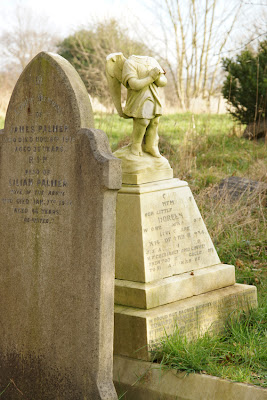 At one extreme, Joseph Henry Blackburne combined chess with showmanship and ostentatious heavy drinking during matches: a very public rejection of his father's temperance campaigning. He learned the game at the age of 18, quickly excelled and became British champion in 1869, aged 26. Although he competed successfully at international level, most of his income came from playing exhibition matches blindfold or against multiple opponents simultaneously. Blackburne, nicknamed 'the Black Death', drank whisky heavily while he played, claiming that it cleared his brain. Despite a hectic schedule (it is estimated he played 100,000 games in his career; he was also chess correspondent for The Field) and his whisky consumption, he would live to the age of 82. A pile of stones marks the site of his burial. 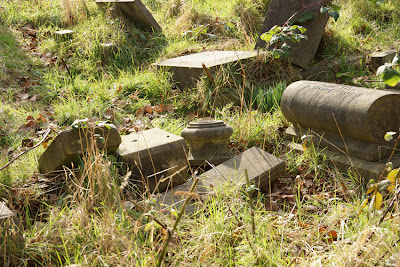 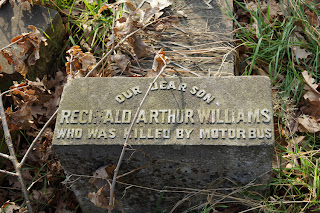 By contrast, another fallen stone marks a private tragedy and early death. Seven-year-old Reginald Arthur Williams died in 1916, "killed by motor bus" - a terse account reminiscent of the inscriptions on the Watts Memorial. The 1911 census fills out some more details about Reginald's life. He was the son of Arthur and Beatrice, fishmongers who lived at Muirkirk Road, Catford. Their business also employed a 38-year-old man and their eldest daughter, so the family was prosperous enough to afford a gravestone. Reginald was the youngest of five surviving children, and the only son. Arthur would outlive him by 16 years; although the stone marks 'the family grave of A&B Williams', other family details are not visible. 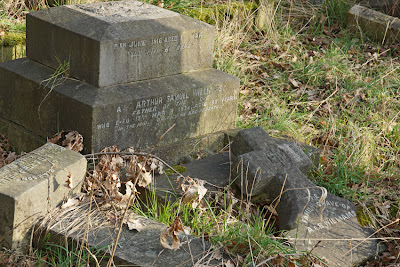 It is worth taking a guided tour of the cemetery with the Friends of Brockley and Ladywell Cemeteries to discover more of these stories. Their website also features the life stories of others buried there. 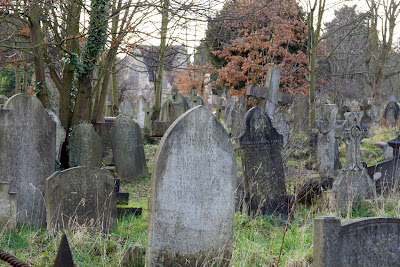 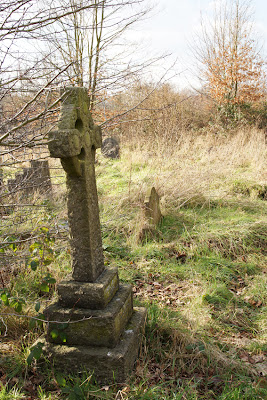 Had no idea about Ladywell Cemetary at all and I live in Catford. Thanks for sharing.

Oh I do like a good cemetery, how much more fun chess sounds in the past.

Thank you Caroline. At some stage in the future I would like to visit the Excalibur estate in Catford, perhaps the two can be done together.

I really enjoyed this. I regularly wander through the cemetery (honestly, it isn't weird), and especially like pinching names off the stones for characters in my stories.

Enjoyed your piece & always good to have positive stories on the Cemetery.. we included Joseph Blackburn in recent guided walk & look forward to bringing more deceased luminaries to wider attention in coming months..

Oh no, wandering in cemeteries isn't weird! (I hope.)

Ali, I was so pleased to discover this one - I hadn't known about it either, despite living within walking distance. I'd recommend the guided tours.

Stephen, chess does seem to have been a more exciting experience when Blackburne was playing! I suspect his opponents were much tamer on the whole, though ...