In 1666, the Great Fire of London burned away most of the mediaeval city. Among its victims was the great cathedral, St Paul's: fed by wooden scaffolding climbing its walls, and thousands of books stored in its vaults, the flames consumed the stone until almost nothing was left.


Only almost: some statues were salvaged, blackened by fire and missing extremities such as hands, feet and noses. They can be seen in the rebuilt cathedral. As for the stones, small pieces were found in the nineteenth century and are carefully shelved in the triforium above the nave.

With little of the old building remaining, Sir Christopher Wren was commissioned to build a new one. What followed was a long, wearying battle with the Commissioners over the design. Plans and drawings went back and forth, and it took nine years to create a design everyone could agree on. Construction on Wren's masterpiece finally began in 1675. 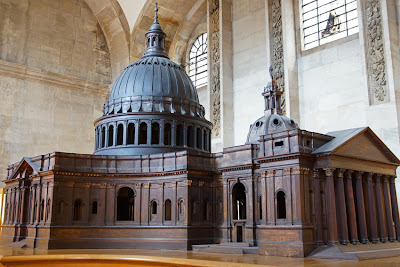 As part of that long process, a model of Wren's proposal was created, to 1:25 scale. Made in 1673, it represents the third of five designs and, although much is familiar, there are key differences between this and the building it now sits inside. Most notably, the smaller dome to the front would become two towers.

Known as the Great Model, this is a work of art in itself. Over six metres long, and made of oak and plaster, it cost over £600 (enough to buy a real house). It should have been a compelling argument in favour of Wren's plans, but various concerns were expressed about such a novel scheme with its lack of resemblance to traditional English churches. 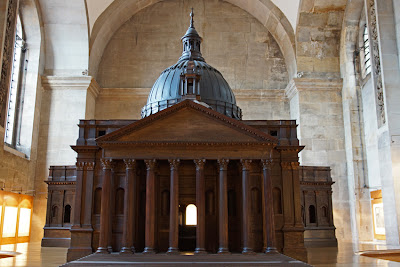 Wren was pretty fed up at all this debate and design by committee. After the Great Model was exhibited, he determined to make no more public displays since they 'lose time ... to incompetent judges'. One more design was produced, and finally approved. Cleverly, Wren also got permission to make ornamental changes to the plans as he actually built the cathedral - a permission he made liberal use of. The king probably thought he was allowing his architect to add a carving here and modify one there; Wren interpreted 'ornamental changes' rather more fundamentally so that, for example, the design of the dome was significantly altered and external buttresses, present on the plans, were never built.

The word 'iconic' is very much overused, but can justifiably be applied to St Paul's Cathedral. The building which Wren created has become a symbol of the city, most famously in the Second World War when its survival of the Blitz (albeit with significant damage to the east end) was seen as a symbol of London's survival. 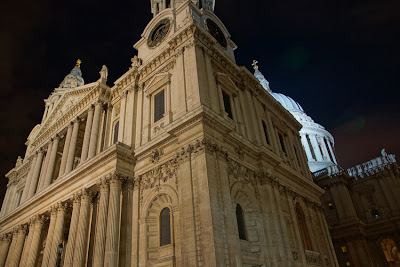 After extensive cleaning and restoration (still ongoing in the upper parts of the dome), the cathedral is now looking at its very best. The uniform splendour of its pale Portland stone is a striking contrast to the pollution-blackened facade of the past. 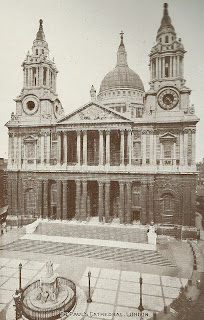 Practical information: St Paul's Cathedral is open to the public Monday to Saturday (with admission fee); services are free to attend. The triforium and Great Model can be visited on a Triforium Tour (extra charge; booking required).