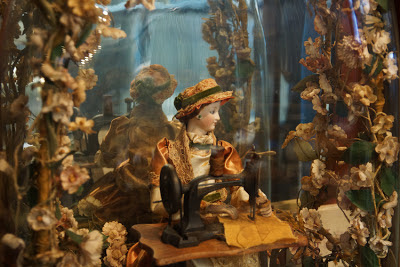 London is best known for its large, national museums - and they are very fine. However, one of its hidden joys is the scattering of small, unusual museums in the city. Few are more specialist than the London Sewing Machine Museum, whose scope is apparent from its name. It is conveniently close to Tooting Bec tube station, and less conveniently open just once a month. 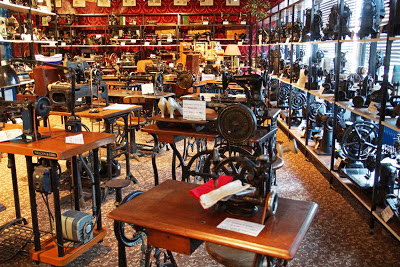 Walk up the steps, past the small displays on the landing, and on entering the museum itself you can't help but be struck by the sheer numbers of machines. Yet this is only half the available space: there are plenty more sewing machines in adjacent rooms. Some are displayed in a recreated shopfront and workshop; others are interspersed with charming pieces of Victoriana. There are over 600 in total. 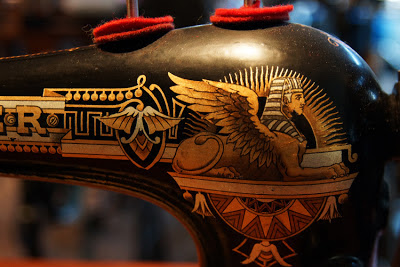 Incredibly, this is all the collection of one man, Ray Rushton. His father began selling second-hand sewing machines shortly after the Second World War, and Ray helped out transporting and renovating the machines. Thus a passion was born: the collection now includes one of the very first sewing machines as well as others with royal connections (including the machine which belonged to Queen Victoria's eldest daughter). There are also a number of intriguing variations which perform specialist roles such as stitching leather, carpet or gloves.
Some of the sewing machines have had movie careers: they are hired out to film makers who want machines of particular types or periods. Famous or not, though, they deserve a visit: sewing enthusiasts will be enthralled, while those of us rather less familiar with the machines will enjoy the chance to wonder at their sheer variety. This is also an important part of our social history: from workers in the textile industries to the housewife buying her Singer on hire purchase - not to mention the occasional princess - few sections of society have been untouched by the sewing machine. 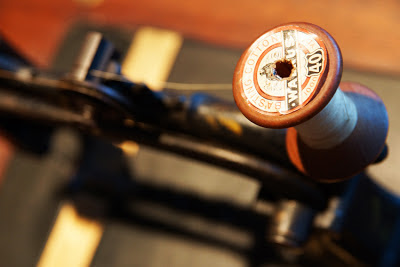 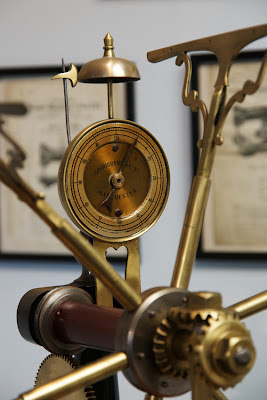 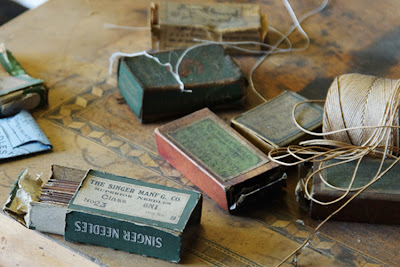 What a clever idea!

Usually museums are for the high arts, military-royal-church history, or other "important" collections. But in reality, family lives were most affected by every-day objects, not remote royalty. The arrival of sewing machines and good quality cheap materials changed the way our grandparents lived.

Surprisingly many museums began as the private collections of individuals. Call them obsessives or "enthusiasts" but these collectors unknowingly did us a service in providing experience and knowledge that might otherwise be less easily acquired.

Two other examples that immediately spring to mind are the Musical Museum in Brentford, based on a collection started by Frank Holland, and the famed British Museum, which originated in the collection of Sir Hans Soane.

For all we know, important museums of the future might even now be forming in back rooms and garages around the land!

Absolutely - not least Henry Wellcome who accumulated enough to supply galleries in the Science Museum as well as his own Wellcome Collection! In fact, as I thought about your comment, I realised that perhaps most London museums are based on the collections of an individual or a small trade body.