Supreme Court of the United Kingdom 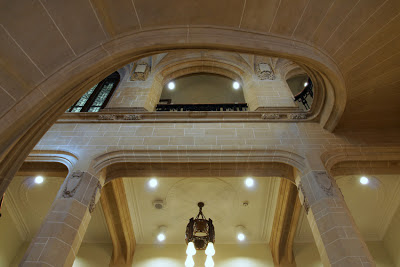 The Supreme Court is the highest court in the United Kingdom - the final court of appeal. It used to be known as the House of Lords (although its role was not to be confused with the legislative function of that House), and the parliamentary link is maintained by a location on Parliament Square. 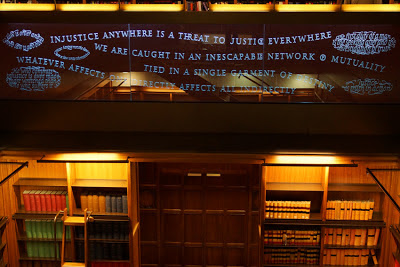 Visitors are welcome whenever the building is open, and you can even sit in on a case. Not that there will be exciting witness cross-examinations - go to a Crown Court or the Old Bailey for those - as hearings are focused upon detailed legal argument. It may be worth looking out for an open day, however: while you can't watch the court in action, you have access to more parts of the building and can even take photographs. 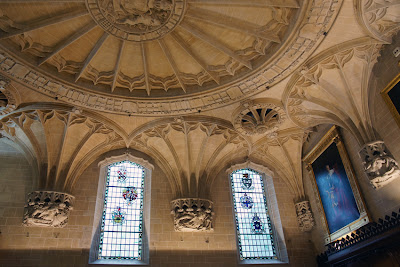 Indeed, it was the building I was focused upon when I visited recently. Rather than having a purpose-built home, the Supreme Court moved into the former Middlesex Guildhall Crown Court. Thus the interior is a mixture of Edwardian and contemporary - and while the newer function may be more grand, the newer alterations to the interior are somewhat understated. They add a committee-room aura to the rather more impressive original court design. More interesting are the elaborately-patterned curtains and engraved glass panels, full of quotations and symbolic allusions to the role of the court. 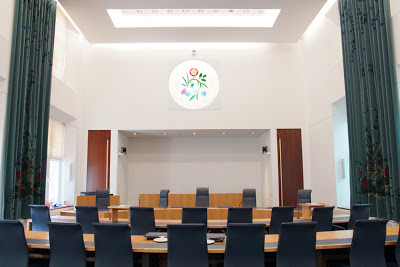 When the building originally opened in 1913, it was designed to accentuate the majesty of the law by the impressive design of its two courtrooms (one of which is now the library). On the first floor, Middlesex County Council had its council chamber, now the second courtroom. As for the basement, it was once filled with cells but is now an exhibition area and cafe for visitors. 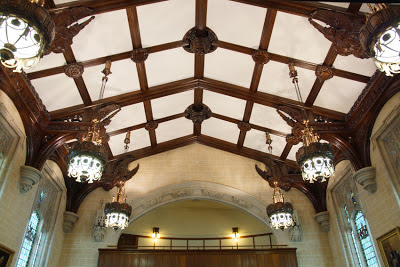