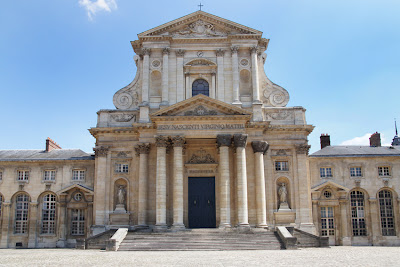 Paris is well-supplied with grand buildings, among them the less well-known Hôpital du Val-de-Grâce. Accessed through a side-street and facing onto a small square, it is nonetheless so imposing that as I photographed it, a lost tourist asked me if it was the Sorbonne. 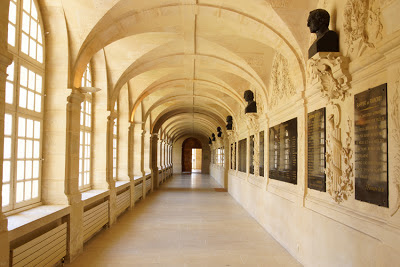 Originally built as a convent under the patronage of Anne of Austria, wife of Louis XIII, Val-de-Grâce dates from the early seventeenth century. It  suffered less than other religious buildings during the Revolution as its nuns provided medical care to revolutionaries. However, it was converted from a convent to a military hospital, and then evolved into a school of military medicine. During the First World War, a museum was created; now expanded, the Musée du Service de Santé des Armées (museum of the Army Health Service) is open to the public. 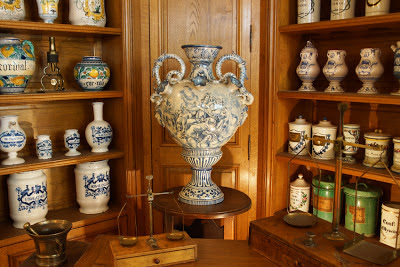 The first exhibits are from the collection of Dr Debat, and illustrate the history of medicine in general. The Museum then turns its focus to the Army medical service which was officially founded in 1708. It explores the developments and innovations made by the service, not only in treating casualties but also in transporting them from battlefield to dressing-station and beyond. 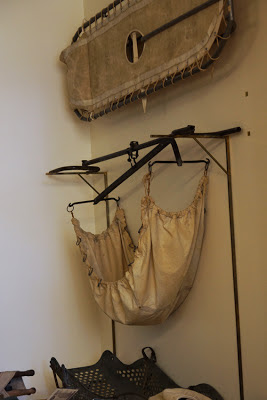 Some of the most extraordinary exhibits are those relating to the First World War. In response to the horrific injuries suffered in this conflict, various areas of medicine developed. One of these was reconstructive surgery, and wax casts record some of the facial surgery undertaken. 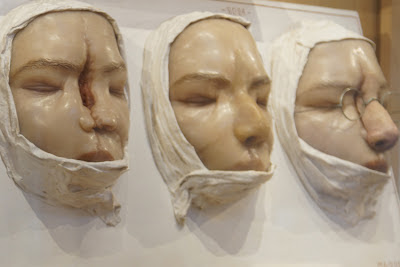 Another was the treatment of psychological conditions ('shell shock'), and an extraordinary display shows models of men with various forms of paralysis. In each case, the cause was psychological, not physical. 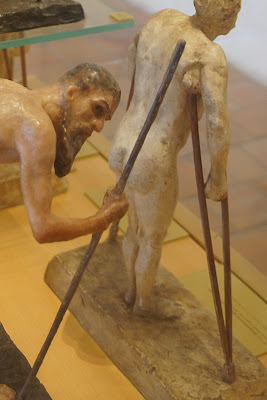 At the same time, we are reminded how recent much progress is. For example, a prosthetic hand of the period may have been more sophisticated than its predecessors, but it still required the user to change an attachment every time they undertook a different task. 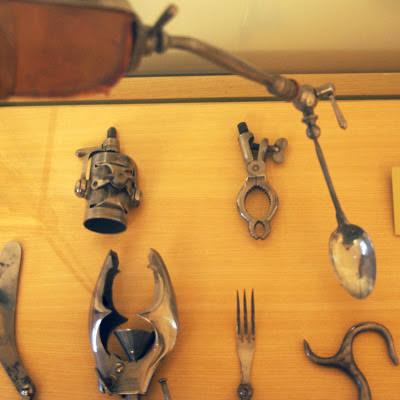 As part of the army, the health service was of course involved in France's colonial activities. The museum largely avoids addressing this by concentrating firmly upon public health work, in vaccination and in fighting epidemics. Even this work was not purely humanitarian, but also seen as important in winning the trust of local populations.

At the end of the visit, there is a complete change of tone. In the heart of Val-de-Grâce, the baroque interior of its church has survived intact. It was built by Anne of Austria in thanks for her son, the future Louis XIV, who was born after 23 years of marriage. Building did not begin until the child was seven: the church was so costly that it had to wait until she became Regent, with control of the Royal budget! 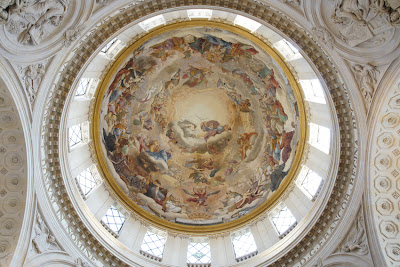 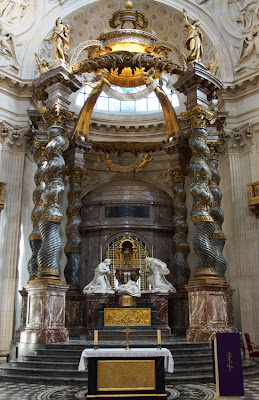 Thank you. A very moving survey of French military medicine.

Actually, that tourist is not very far off, as the Val de Grâce (begun in the 1640s) and the Sorbonne chapel (1620s to 1642) are very roughly contemporary and the architect Jacques Lemercier worked on both.
Francois-Marc Chaballier

Thank you, Francois-Marc: I didn't know they shared an architect. The poor tourist still faced a fairly long walk in hot weather, though!