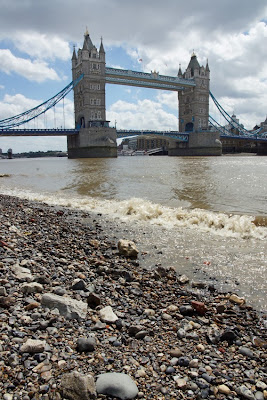 The piece of Thames foreshore directly in front of the Tower of London, once Londoners' own bit of seaside, is now generally closed to the public. However, we can access it for a few days each year during the Festival of Archaeology. Don't take your bucket and spade, since digging is not allowed!

Instead, you get to do something even more fun: comb the foreshore for interesting finds, and then have them identified by the team of archaeologists. The Thames has been receiving Londoners' treasures and rubbish alike for several millennia, so there are plenty of fragments washed up onto its foreshore. My own finds from this weekend won't exactly make historical waves - a cow's upper molar, a fragment of Delftware, a few clay pipe stems - but there's still something exciting about finding (part of) something used by Londoners several centuries ago. 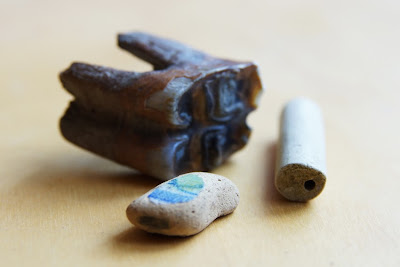 There's also the joy of seeing some familiar landmarks from a new viewpoint. Traitor's Gate is a stern reminder of the earlier history of this spot, while Tower Bridge looks good from any angle! 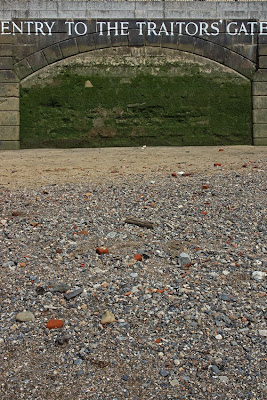 Finally, what modern artefacts will future archaeologists find? If the current contents of the beach are any clue, there will continue to be glass and crockery - but also plenty of plastic. 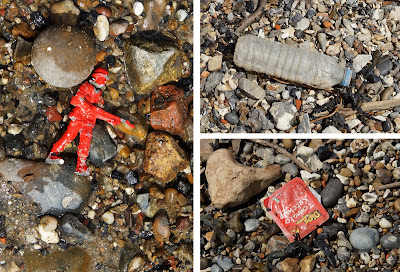 If you're tempted to go down to Tower Beach, next year's Festival of Archaeology will be on 12-27 July 2014; the Tower's archaeology weekend is usually at the end of that period. To explore the Thames foreshore throughout the year, join the Thames Discovery Programme's events.