Pens, pissoirs - Birmingham's Jewellery Quarter has more to offer than jewellery alone. However, it would be a shame to miss out on the area's most famous product. You don't even need to budget for the glittering items in the shop windows: there's plenty of sparkle at the Museum of the Jewellery Quarter.

The exhibitions of contemporary silver and goldsmithing are impressive, but the real treat comes when you take a guided tour. Walking past the ticket desk and up the stairs, you immediately step back in time. 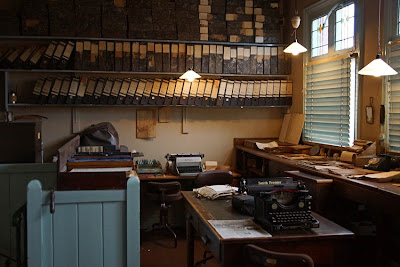 In 1981, the owners of Smith & Pepper were ready to retire. They were unable to sell the business as a going concern - it was very old-fashioned even then, and the recession was at its height - so they took the remaining precious metals out of the safe, locked the doors, and left the premises. Nearly a decade later, the council opened those doors again - and found a time capsule. Papers were still on desks, tools on workbenches, overalls hung ready for use on their hooks. 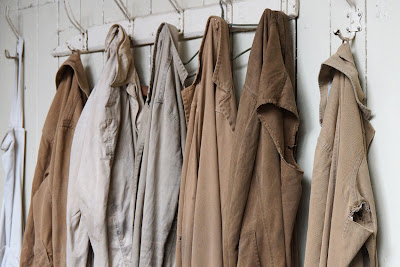 All around is evidence of one of the owners' main concerns: making sure that the precious raw materials were carefully conserved. Gold was carefully weighed in and weighed out each day, the weights recorded by each worker's name in a ledge. Turn-ups on trousers were prohibited, dust was carefully swept from benches and floors and sent to a furnace, even the gold dust flowing down the washbasin drains was captured. 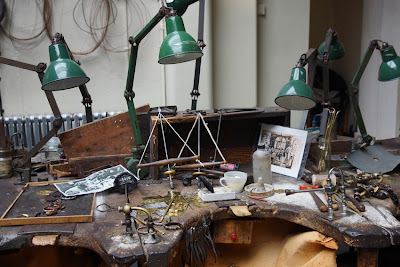 The machines and tools look ready to spring to life again - and they do. Our tour guide demonstrated the work once done here: metal was stamped, cut and drilled; a pipe used to keep the soldering flame sufficiently hot. Past and present briefly met, and a little extra meaning was added to the jewellery on sale in the surrounding shops. 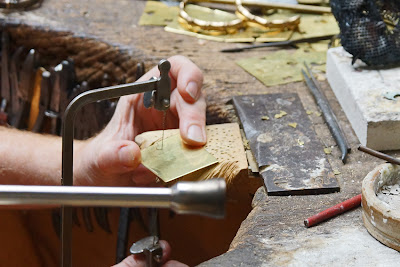 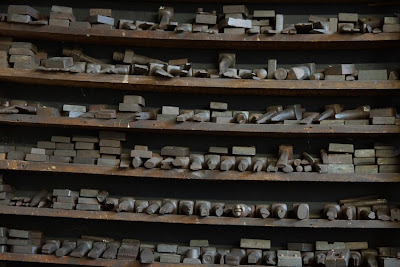 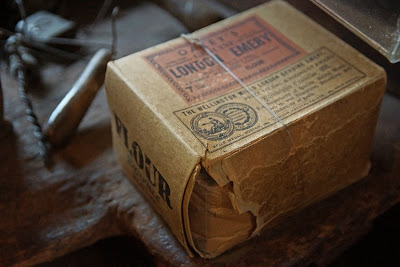 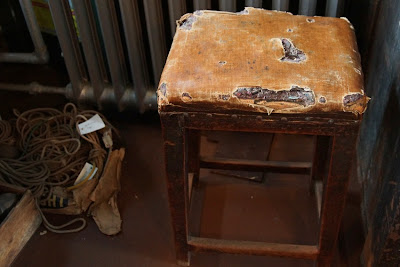 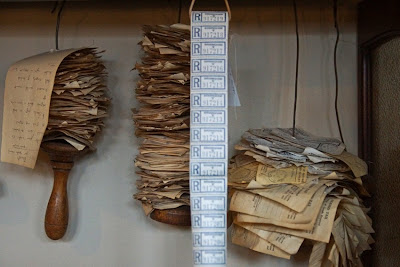