Throughout Open House Weekend, groups of visitors put on hard hats and listened to safety briefings before descending a rather worn flight of stairs to the Crystal Palace Subway. Why, though, were they so eager to see a subway under a main road?

One glimpse of what lay behind the arches visible at ground level explains the enthusiasm. This is not some concrete tunnel with questionable puddles and flickering fluorescent lights, but a joyous piece of Victoriana, largely hidden from public view for the last half century. 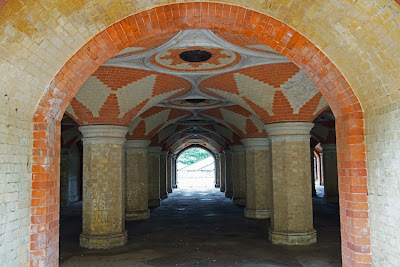 Added to that beauty, the subway is one of the few surviving elements of Crystal Palace itself, destroyed by fire in 1936. When the palace had moved here from Hyde Park in 1854, the original railway station proved inadequate for the stream of visitors. A second, known as the high-level station, opened in 1862. It was the terminus of a line from Peckham Rye, but the railway company had hopes of extending the line in future, so this station was something of a showpiece. 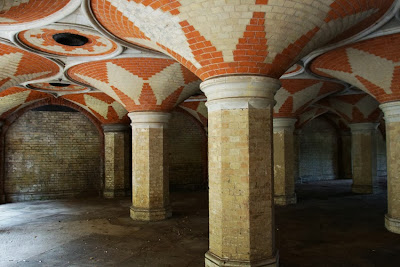 As it was across a busy road from the Palace, the railway provided this fabulous subway for first-class passengers to cross over in comfort. It took them directly from the station booking halls to the Palace's centre transept. Byzantine in inspiration and built by Italian cathedral craftsmen, the subway was as much an added element of glamour as a functional space. The black circles in its ceiling mark where chandeliers originally hung, which must have added even more sparkle to an already arresting space. 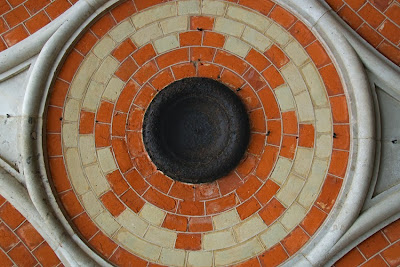 Sadly, the station was not as successful as its investors had hoped. Visitor numbers to the Palace were in decline, and no further extension to the line was ever built. Use dropped even further after the disastrous fire, and in 1944 the station was closed. One suspects that in this period, the subway was busier when in use as an air raid shelter than when welcoming passengers. Although the line did reopen again in 1946, it would close permanently in 1954. Seven years later, the Victorian station was demolished - but the subway survived. 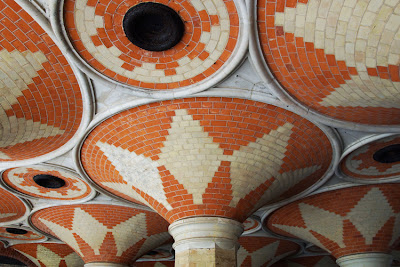 Most of the time, it is behind locked gates. However, there is a campaign to reopen the subway to the public once more - an aim definitely worth supporting. 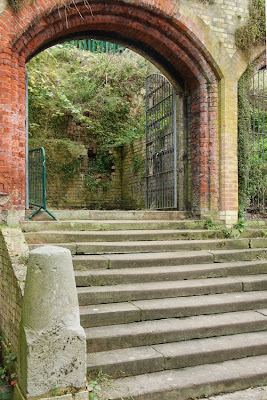 You know that I am besotted with universal exhibitions in general and Crystal Palace in particular. There are books to read, architectural plans to examine, antiques and collectibles to buy.

But I had never heard of Crystal Palace Subway. Not visited of course, but never even seen it mentioned in the literature. Imagine a subway that was "Byzantine in inspiration and built by Italian cathedral craftsmen". That sort of glamour must have come at a price!

By the way, your timing is perfect :) I am still writing about universal exhibitions!

I suppose the one plus point of the subway being closed to the public is that it has been protected from some moron adding their own decoration with a spray can of paint.

Did you see this piece on the Londonist
http://londonist.com/2013/10/rebuilding-of-crystal-palace-moves-a-step-closer.php
about a Chinese proposal to rebuild the Crystal Palace, full size, on its Sydenham site?

Heaven knows whether anything will come of it -- think of the long shilly-shallying about Battersea Power station. But if it does, the subway will be needed again.

It's an interesting proposal. Unfortunately, it seems likely that this scheme is less 'replica' and more 'rough approximation' - and that's without even entering the debate about whether a proper replica would be a good thing or not!