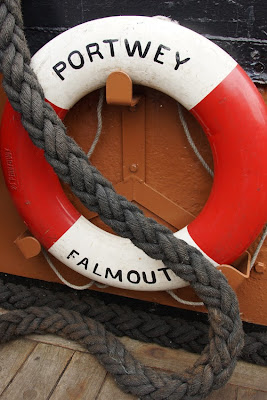 Among the guests at this year's Thames Festival is Portwey, Britain's last surviving twin-screw, coal-powered steam tug. She usually lives in South Quay at West India Docks, but has taken up residence in St Katharine Docks for the duration of the festival and is welcoming visitors on board. 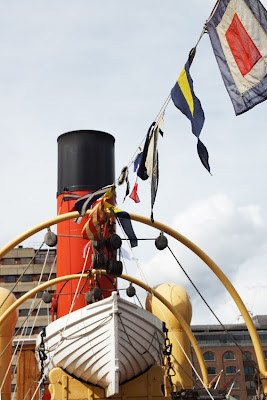 In 1927, Harland and Wolff built Portwey on the banks of the Clyde, but she moved immediately to the other end of the British Isles. Her name, a compression of Portland and Weymouth, describes both her destination and the company for whom she was built: the Portland and Weymouth Coaling Company. They used the Portwey to supply coal to steamers as well as to assist or salvage ships when needed. 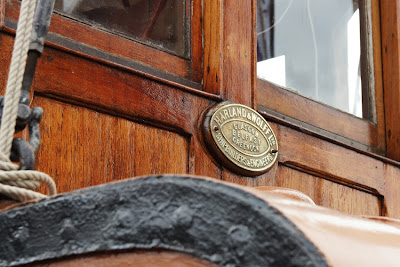 Until World War II, the Portwey worked along the south coast. During the war, the US Army used her to tow damaged craft. Her final job was at Falmouth Dock, and in 1967 she was saved from the scrapyard and restored. She is now owned by the Steam Tug Portwey Trust. 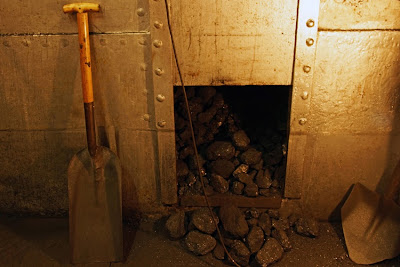 Running the Portwey's engines involves much shovelling of coal. Not only do the boilers have to be fed, but the coal has to be loaded onto the boat and then moved around to ensure it stays balanced - otherwise the tug will become unstable. 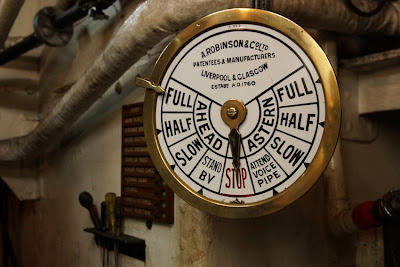 There's also plenty of brass to polish, both above and below decks, and ropes to care for. Since the tug also needs regular refitting, it's not cheap to keep her running. The Trust is looking for funding and volunteers, if you'd like to help! 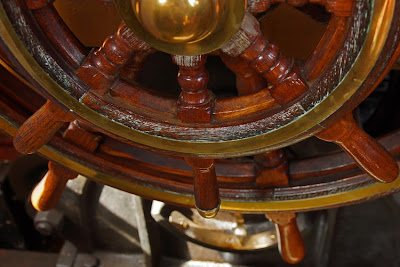