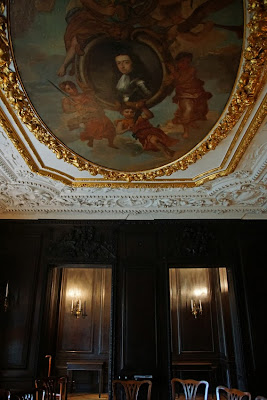 September 2013 sees the 400th anniversary of the New River, Hugh Myddelton's great feat of engineering which brought fresh Hertfordshire water into London (at least for those who could afford it). The New River Company was half-owned by the King, with plenty of prominent men among its 'adventurer' investors; their investment proved highly lucrative, so it is unsurprising that the company board room was rather grand. 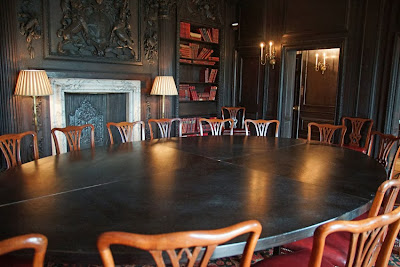 What is perhaps more surprising is that the seventeenth-century board room, known as the Oak Room, still exists today. The building which originally housed it is long gone, but this beautiful oak interior was moved into the Metropolitan Water Board's new head office. Although that building has itself been converted into flats, the Oak Room endures - and was accessible to the public during Open House Weekend. 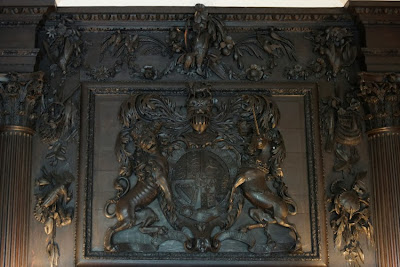 The carving is believed to be the work of Grinling Gibbons. As well as the grand heraldic panel in the centre, there are details on the theme of water: fish, crabs and lobsters, and fishing equipment. 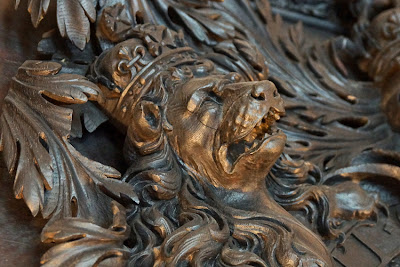 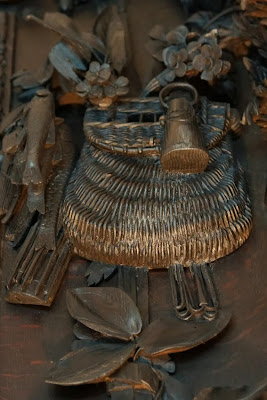 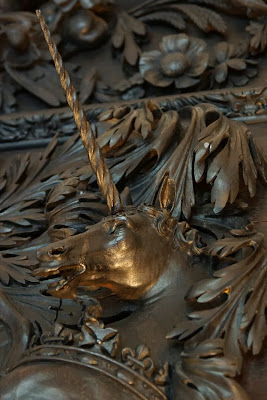 As the boardroom was completed at the end of the century, its ceiling depicts William of Orange rather than the monarch whose original investment was crucial to the scheme's success, James I.  Around the painting, by Henry Cooke, are ornate plaster scenes including idyllic villages, swans - and the Myddelton coat of arms. 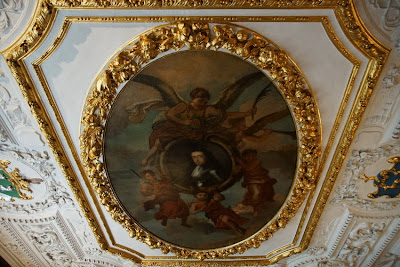 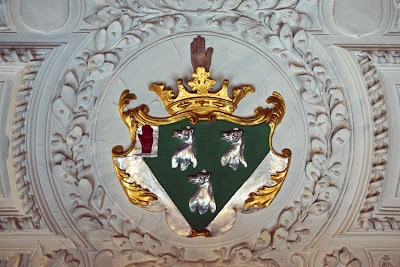 Originally, the board room was above the River's cistern with a reservoir just outside its windows. These are gone today - the River continues to provide a significant amount of London's water, but terminates short of Rosebery Avenue and New River Head. 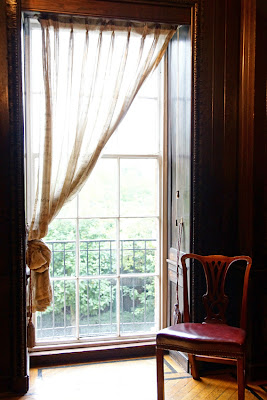 For more celebrations of the New River's birthday, see this list of events from Londonist. 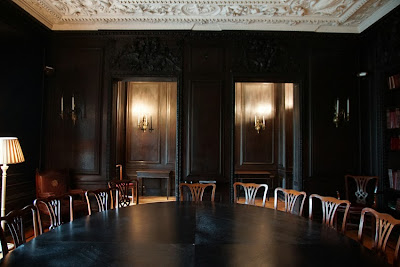 I just discovered your blog today and I am a fan! I really loved it! And I started my own blog about London recently so it was an inspiration to read some of your posts!