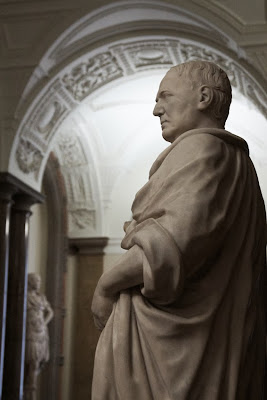 An Open House favourite, the Foreign and Commonwealth Office is a grand piece of Victoriana completed in 1868 in classical Italianate style. It combines two nineteenth-century government departments, the Foreign Office and India Office; the Colonial Office would also move here in 1875. Thus even the changing names invoke a great deal of Britain's imperial history. 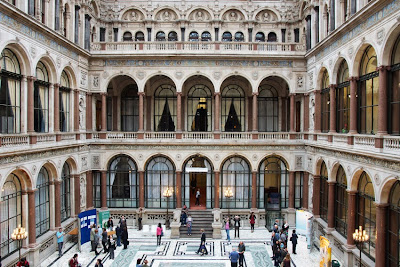 Those imperial connections are made even more explicit in the building itself, particularly the former India Office's Durbar Court. Although most of the building was designed by architect George Gilbert Scott, the Durbar Court is the work of Matthew Digby Wyatt, India Office Surveyor. The very idea of a durbar court was of course an import from India, but as it refers to a ruler's court it is not only a cultural appropriation but also an assertion of British imperial power. The decoration includes many further references, including figures such as Warren Hastings, first Governor-General of Bengal, and Charles Cornwallis and William Amherst, Governors-General of India. 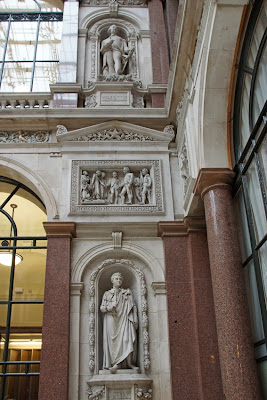 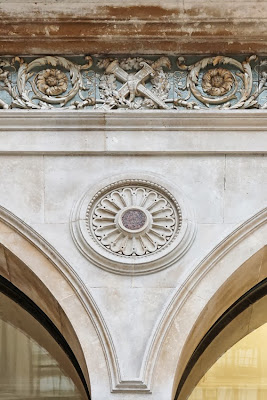 Back in the Foreign Office, there is a similarly assertive story being told. Foreign visitors are to be impressed by British power, expressed in this 'drawing room for the nation' and its dramatic features such as the intricately carved white dome of the Muses' Staircase and the elaborate, colourful decoration of the Grand Staircase. 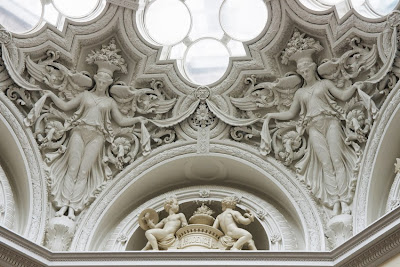 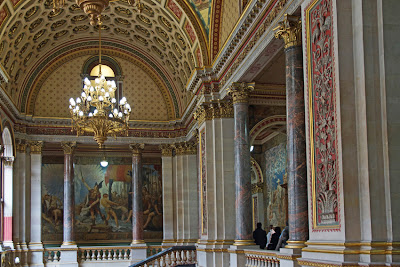 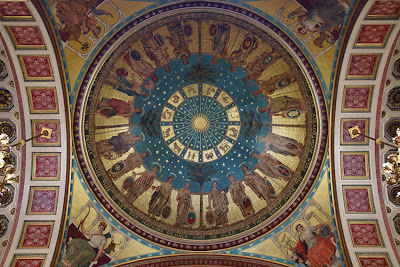 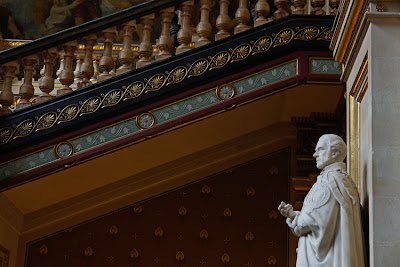 Among the most dramatic rooms are those of the Locarno Suite, where the 1925 Locarno Treaties were signed. They aimed to ease post-World War One tensions in Europe and normalise relations with Germany; tragically, they would not prevent another World War fourteen years later. During that conflict, these rooms played host to code-breakers. 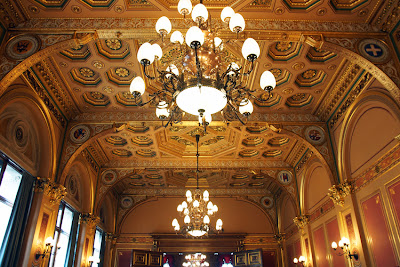 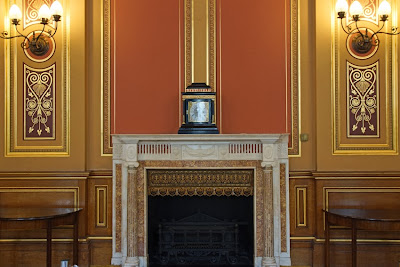 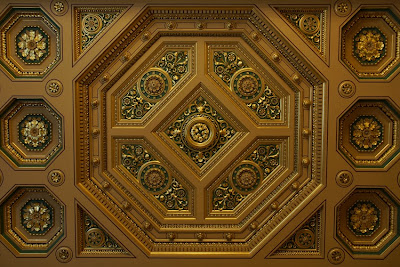 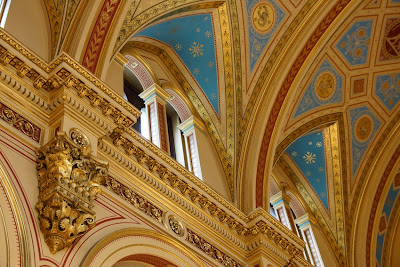