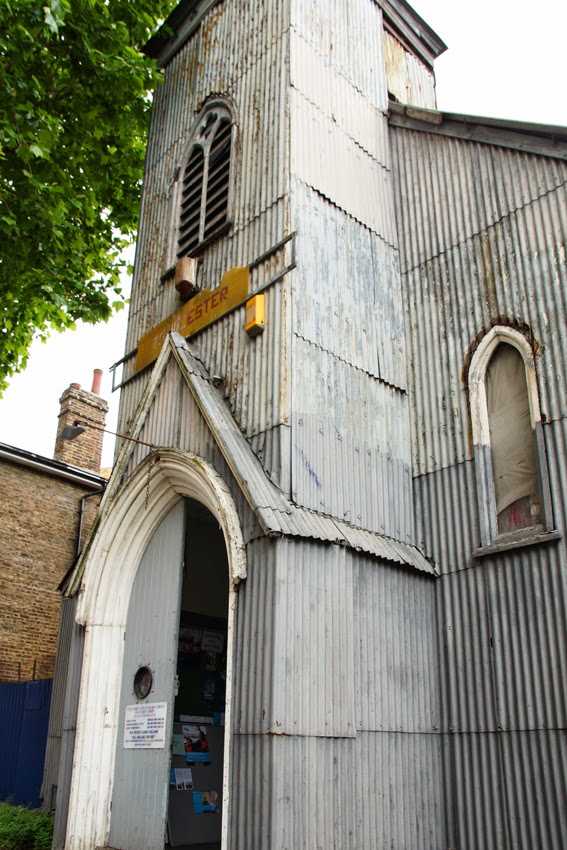 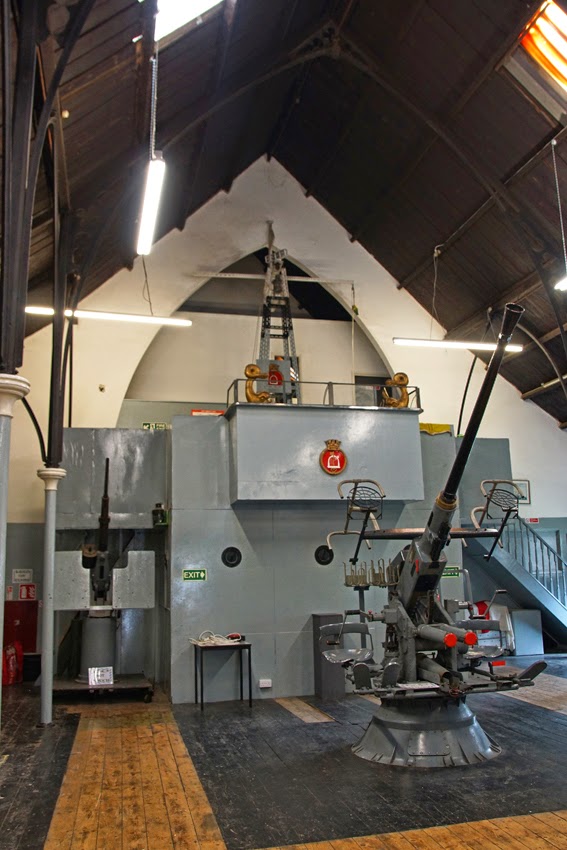 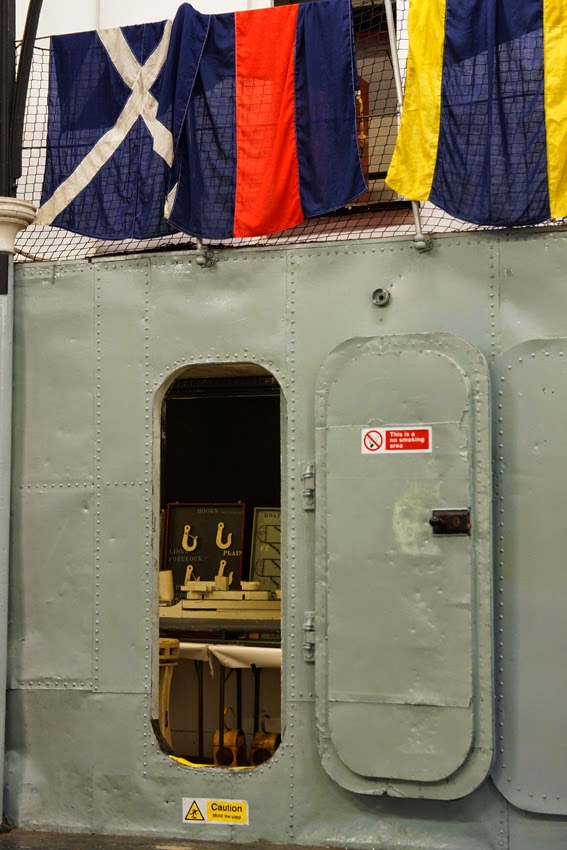 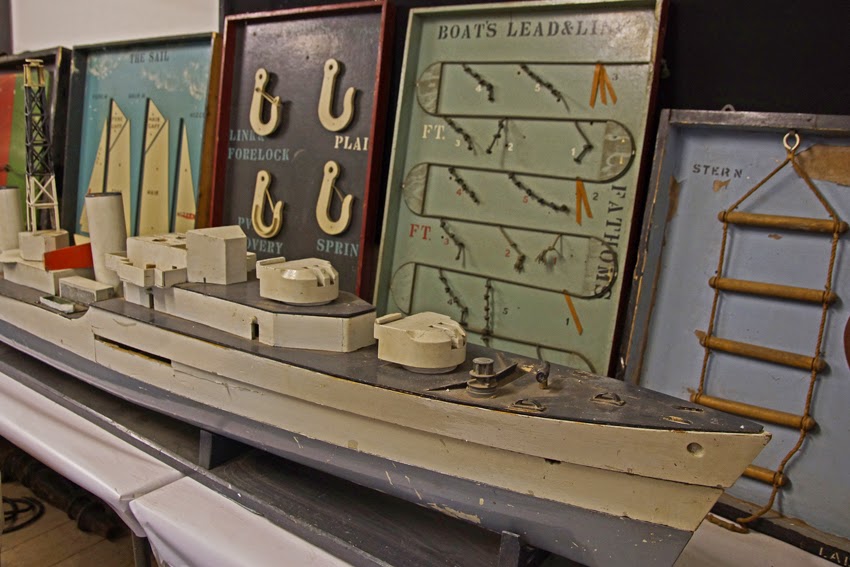 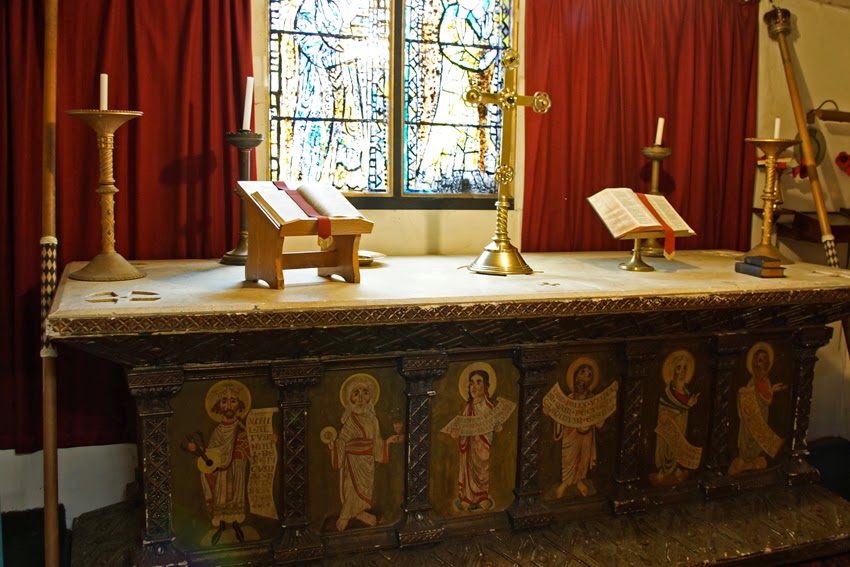 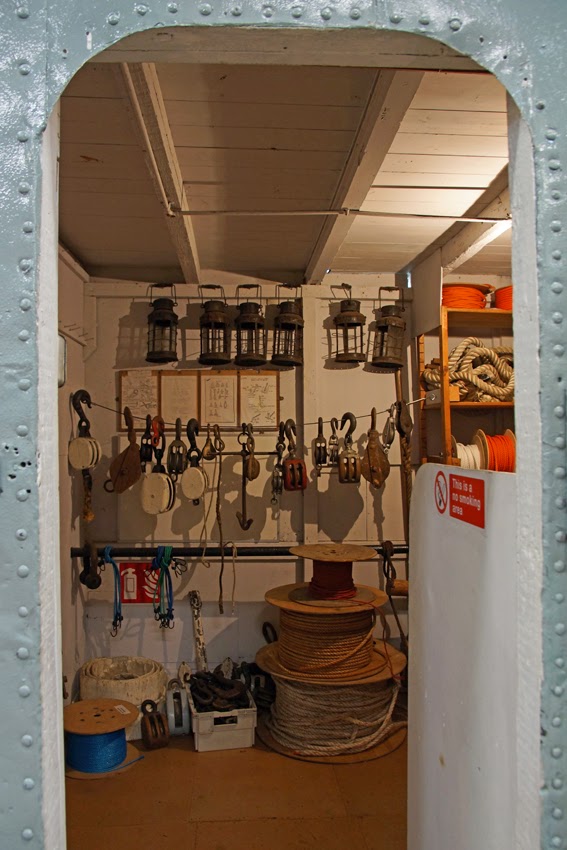 I love tin tabernacles, and what the Sea Scouts have done here is remarkable too. There are a couple of tin tabernacles in Sussex including one that has been restored and re-erected at the Weald and Downland Museum - see http://sussexchurchez.blogspot.co.uk/2013/06/tin-tabernacle-woodmancote.html.

I've seen this a few times and always wondered what it was. Thanks for enlightening me.

I had seen this building before in a blog on the site English Buildings. Fascinating to see the interior of the building. I used to work in Long Eaton where there are two tin tabs, one of which is used for commercial purposes and looked in quite good condition.

St George's church at West End, Esher is a tin church which is still in use - we watched a wedding take place there, though we've never been inside. Apparently it cost£300 when it was erected in 1887.

Wow, I cannot believe that I am seeing this tin tabernacle!! I grew up standing outside this church/sea cadet building from 1960 through 1968 as I waited for the 31 or 28 bus to transfer onto the 7 and cross west London to the North Pole, my high school stop!! There is a sweet shop right there, on the tin church street, a hole in the wall, was there when I was a kid, still there now, I think. (This church even was featured in a very vivid dream that I had a few years ago.) Apart from this, I love having found you, only just. I am a Londoner who has lived elsewhere (Berkeley Cal) for decades. I visit London every year and do what I always have done since I was a child, which is explore it with a fine tooth comb, often with my mother. I love history and I love London, with a passion. I take photos and notes and have many projects. I am always so happy to find other like-minded people. I found yout hrough London Remembers, which I also only just found.