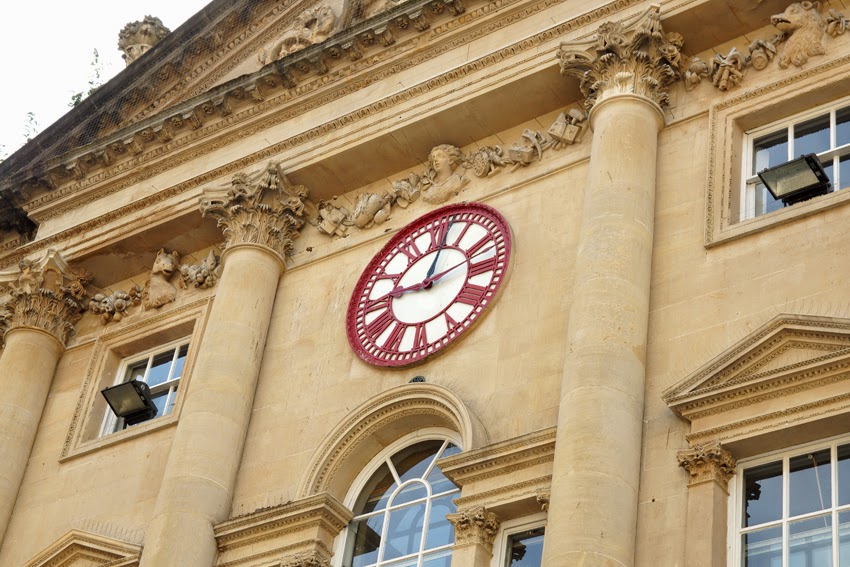 Agreed... the railways DID make unified time a necessity: since local time in every city and town was not incompatible with accurate railway timetables.

But I suspect there was a bit of local pride dented and noses put out of shape. Elderly council members probably said to themselves "We have had our own time for ever... who are these bloody railway people telling US to change our clocks?"

It must have been quite tricky to adjust the two minute hands. The gap between solar time and GMT changes continuously through the year, with two periods when the clock is too fast relative to the sun, and two when it is too slow. If you look at an old globe you may find a curious figure-of-eight-shaped diagram printed in an empty space in the Pacific. This is an 'analemma', which allows you to find the difference between solar and clock time on any day.

Hels, you are absolutely right. This from the Bristol Post:
A lot of people resented this imposition of someone else's timekeeping. When the railway came to Exeter the local authorities firmly refused to adopt what was disparagingly known as "Cockney time" for many years.
In Bristol, one rural gentleman was said to have stood up in the main hall of the Commercial Rooms brandishing his grandfather's pocket watch and declaiming that "one hand was good enough for my grandfather and it is certainly good enough for me!"