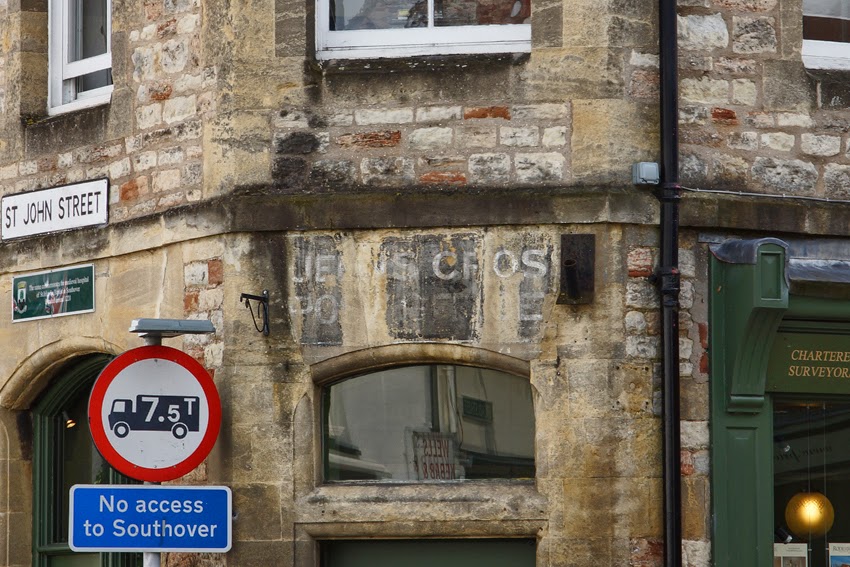 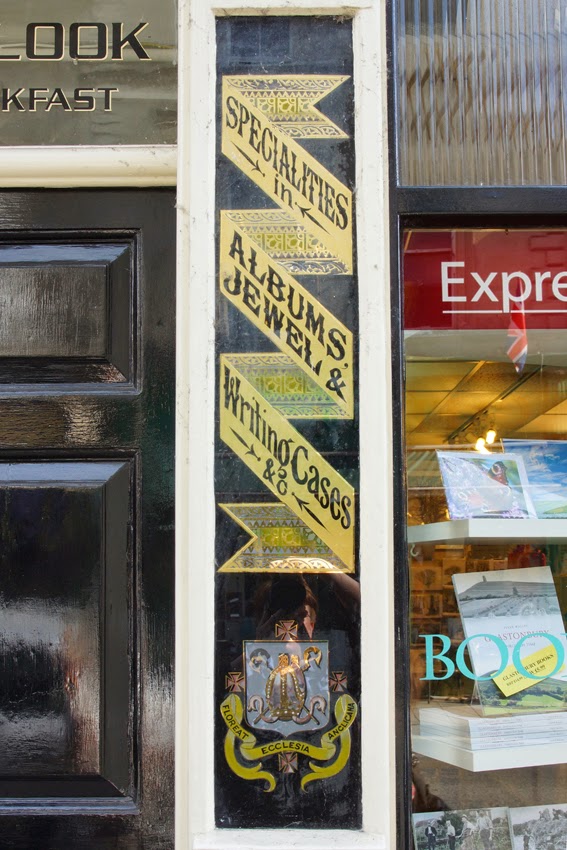 The thing that looks like a coat of arms at the bottom of the second picture is odd. There is a bishop's mitre on the shield, and the motto is Floreat ecclesia Anglica, 'Long live the English Church.' As far as I know, the Church of England doesn't have a coat of arms. Is this image the response of some proud Low Church Anglican to the series of defections of High Churchmen to Rome after Newman jumped ship in 1845?

It's actually the coat of arms and motto for the town of Glastonbury - I should have mentioned that in the text. It wasn't formally granted and has become controversial, unsurprisingly for a town not associated with Anglican conformity!