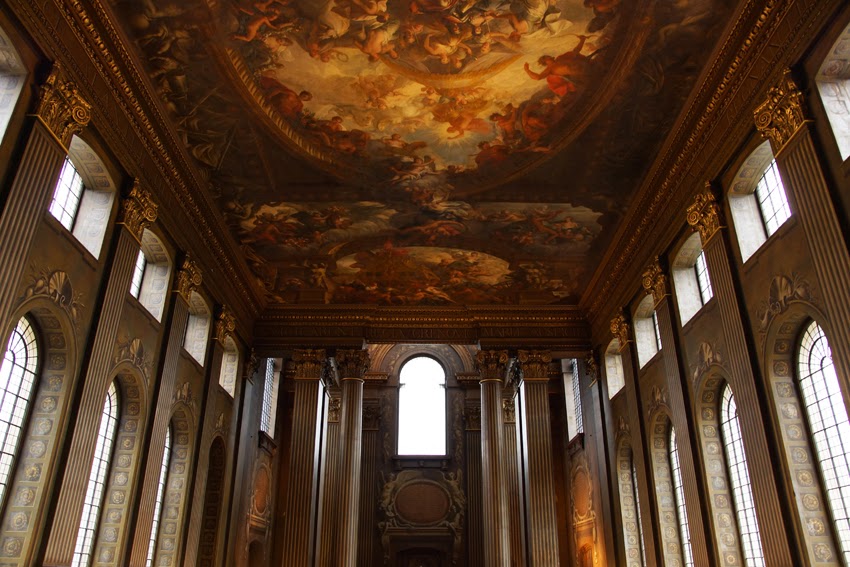 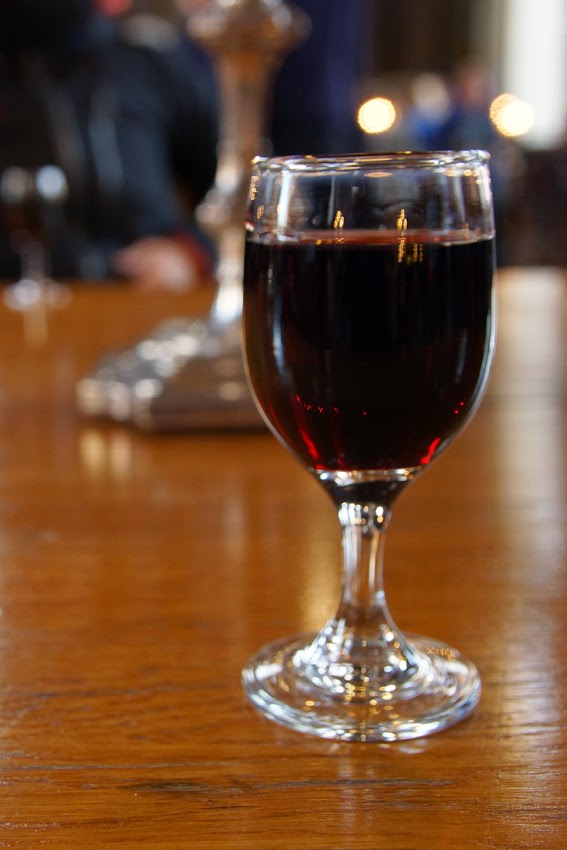 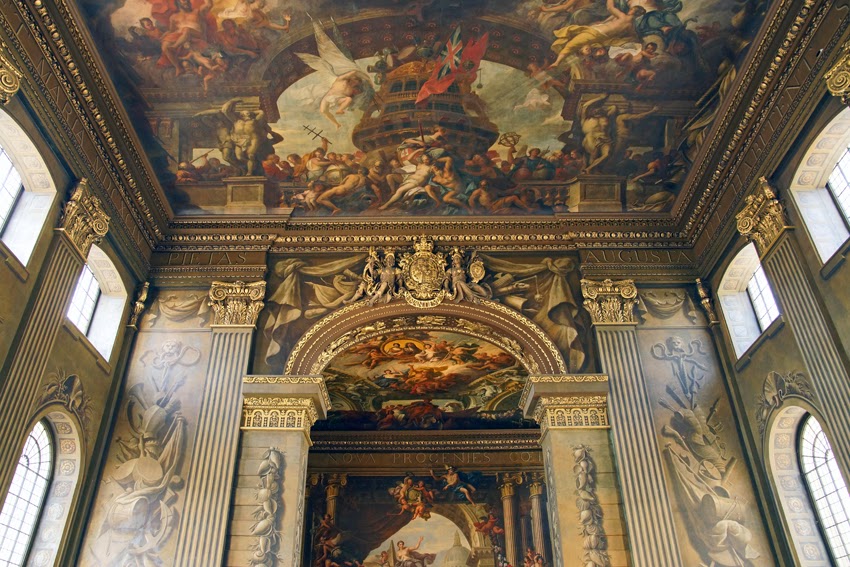 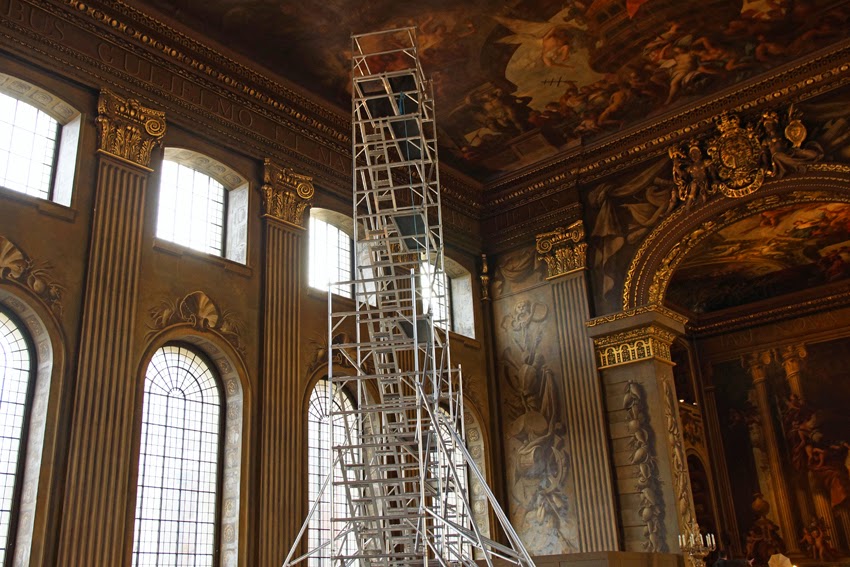 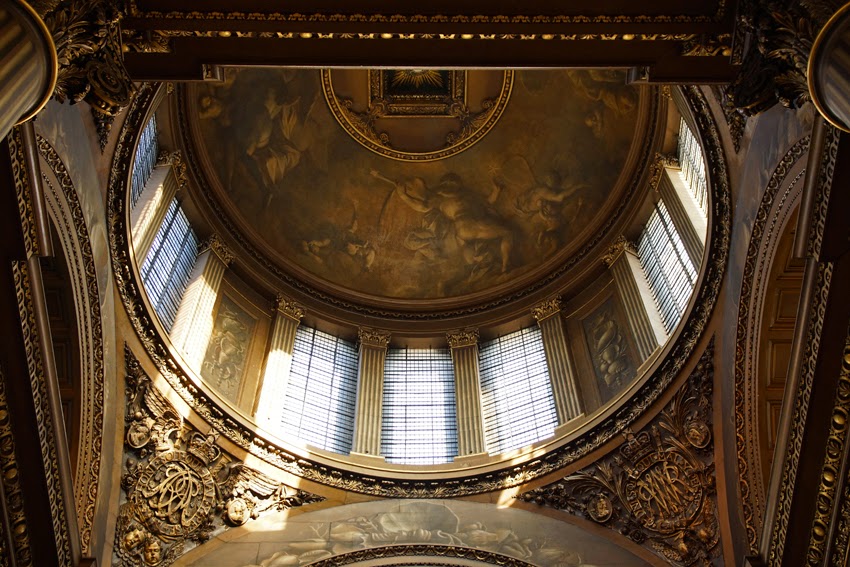 Thank you for this informative article. I often recommend this place, the chapel opposite and Queen's House to tourists on their way to Greenwich Observatory

Why do people paint ceilings? You can't appreciate the beauty or skill without getting a crick in your neck...unless of course this was planned to be a dormitory rather than a dining room.

Good recommendations, Bjorn; do you know the Fan Museum?

Hugh, maybe it's for the benefit of those who fall off their chairs drunk!

Hugh B: Yes, but a proper painted ceiling represents something remarkable taking place in the sky and worth looking up to, as with this painting by Tiepolo.