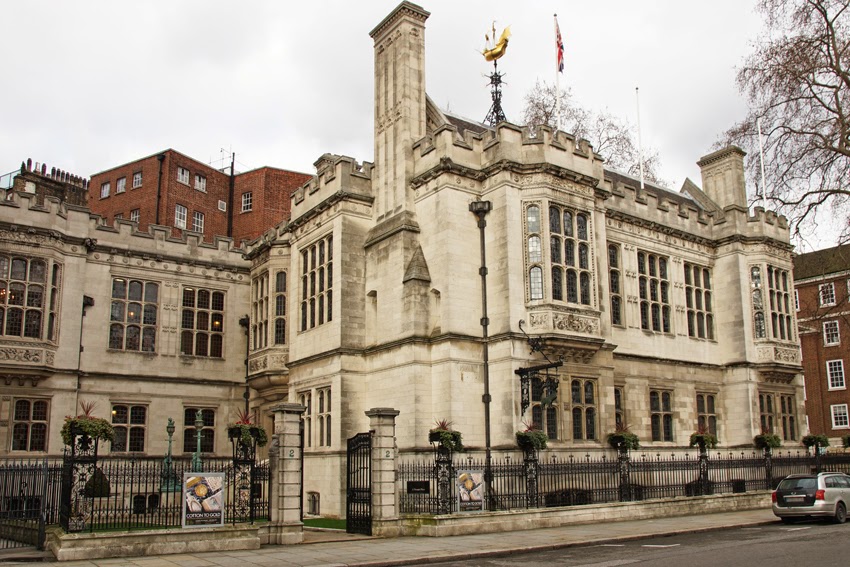 One of London's newer, and most extraordinary, art galleries deserves a visit as much for its building as for its exhibitions. With a mission to showcase collections from around the UK, Two Temple Place offers its annual winter exhibition free of charge. The current show is Cotton to Gold: Extraordinary Collections of the Industrial North West and brings together a huge range of items (mediaeval books of hours, taxidermy, Roman coins, Japanese prints, Turner watercolours, Tiffany glass, and more) collected by philanthropical industrialists and later donated to public museums and galleries including Blackburn Museum, Haworth Art Gallery, and Towneley Hall. 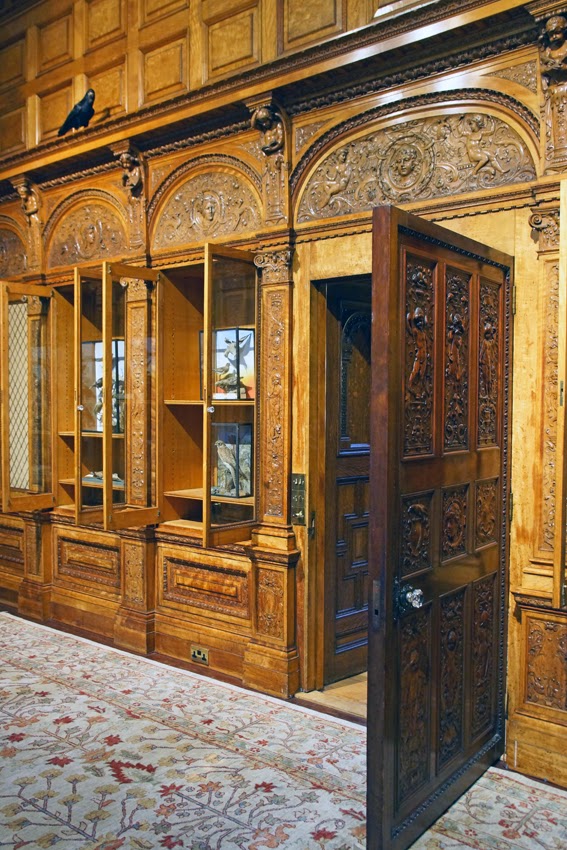 The diverse collections fit beautifully into this late-Victorian house, and the curators have cleverly placed them in ways which complement each other. Some of the taxidermy in particular looks very much at home in its temporary surroundings! 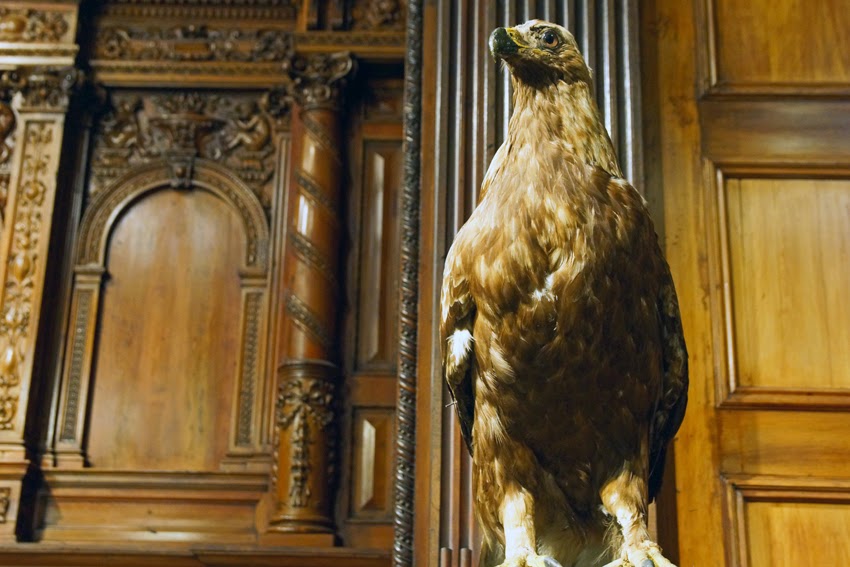 The architecture deserves as much as attention as the exhibits. Two Temple Place was built as the estate office and London home of William Waldorf Astor, the wealthy American who also remodelled Cliveden and Hever Castle. Astor had lived in Europe as a young man, and in 1882 returned to Italy for three years as a diplomat. He became the richest man in the world after his father's death in 1890 and, disenchanted with various aspects of life in New York, he chose to leave the United States for England. He invested in the press, buying the Pall Mall Gazette, and took up writing himself; he also bought Cliveden and took out a lease on the grand Carlton House Terrace in London. It was an extravagance, then, to commission Two Temple Place as combined home and office for the Astor Estate in New York. Even more extravagantly, Astor gave his architect a free hand with the budget. The building's cost was apparently £250,000. 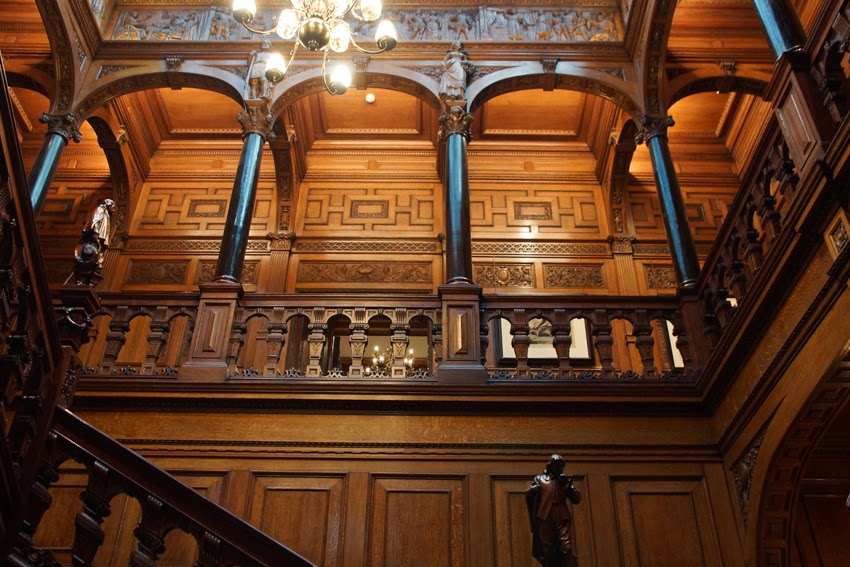 John Loughborough Pearson, the architect, was best known for his Gothic Revival churches, but also drew upon other influences including Renaissance and Byzantine architecture. In building this Elizabethan-influenced house, he paid great attention to the decorations and fittings as well as the fabric of the building itself, creating what Pevsner described as 'a perfect gem'. 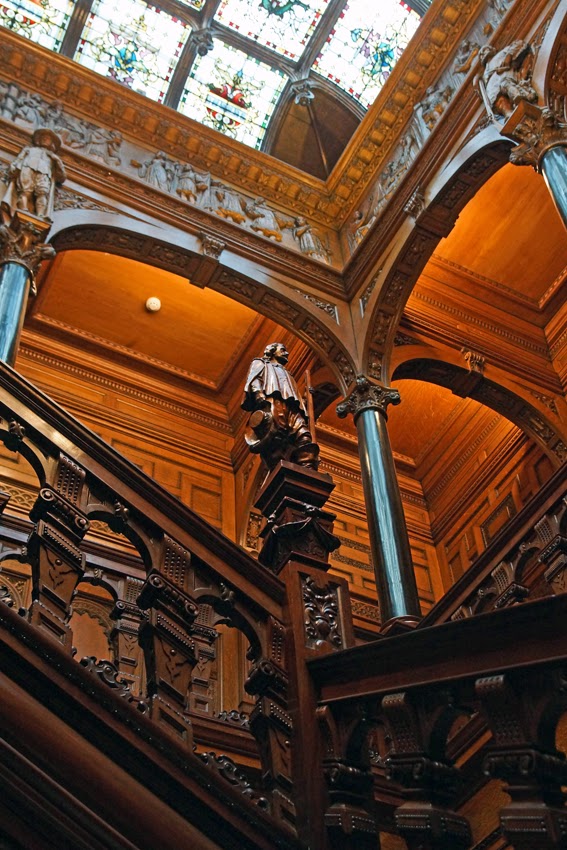 The most attention-grabbing part of the interior is the grand staircase, rich in wood carving and topped with a large stained-glass skylight. 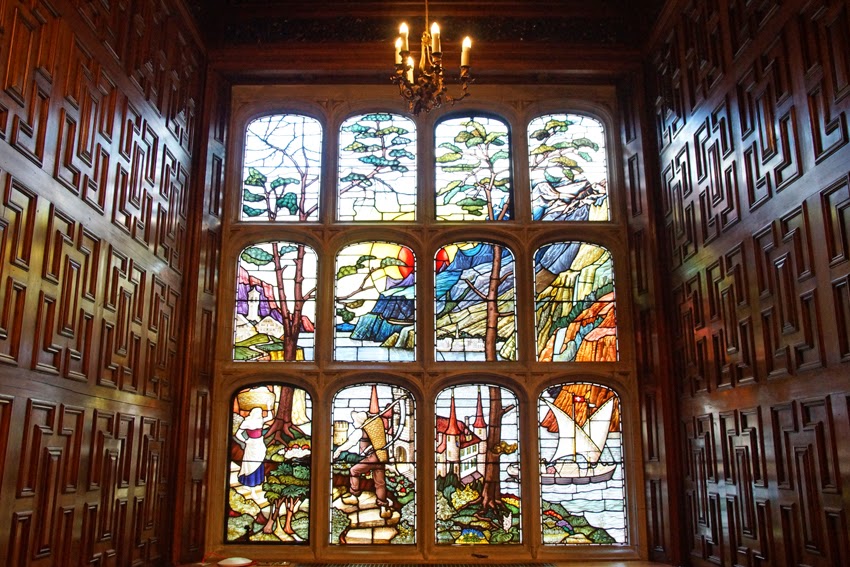 Visitors are not disappointed when they complete their ascent: among the first-floor rooms is the Great Room, wood-panelled, with a hammer-beam roof and two striking Clayton and Bell stained-glass windows. Its main doorway has nine silver-gilt relief figures of Arthurian heroines, the work of George Frampton. 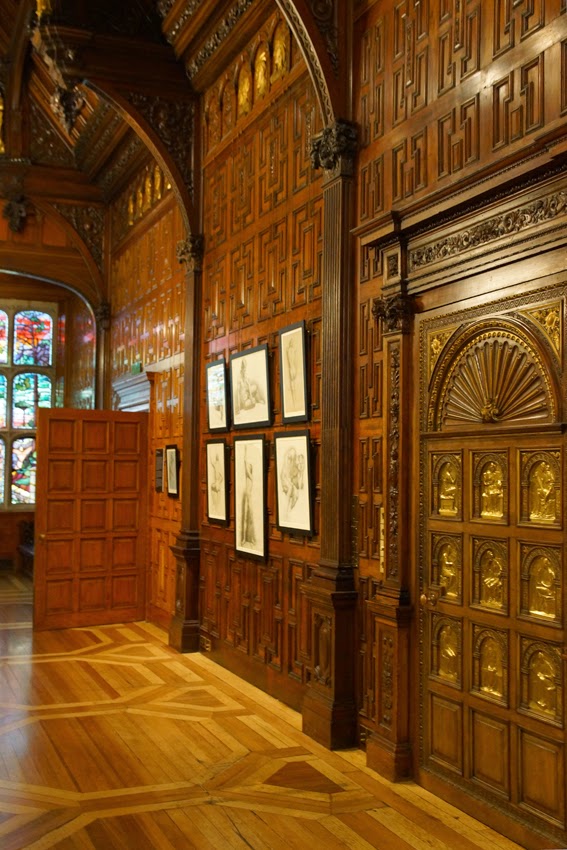 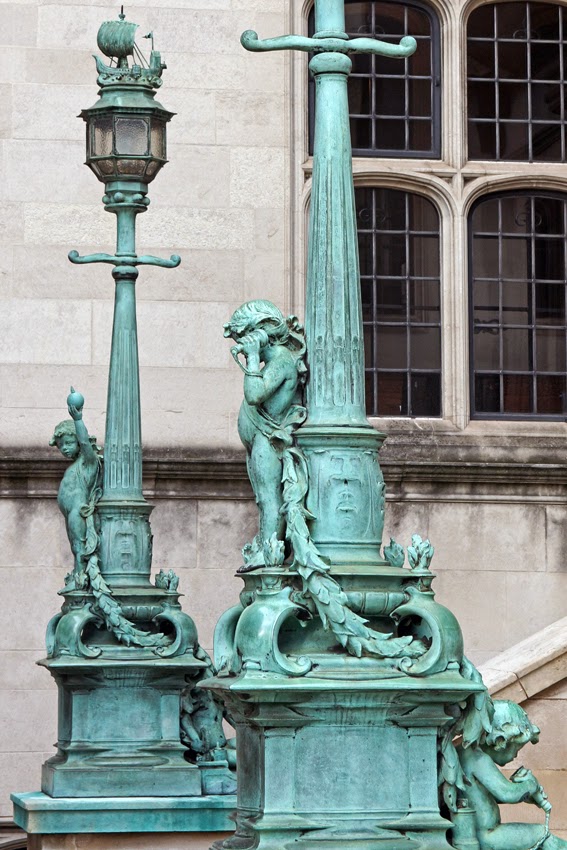 The pair of bronze lamps was sculpted by William Silver Frith and contains references to the building's role as a modern estate office. Two of the putti are conversing on the telephone; the other lamp has one putto holding a light bulb (rather different in shape in the 1890s to today's versions) while the other has electrical eequipment.  The weather vane represents Columbus' ship the Santa Maria, a reference to Astor's family history and connections between the United States and Europe. 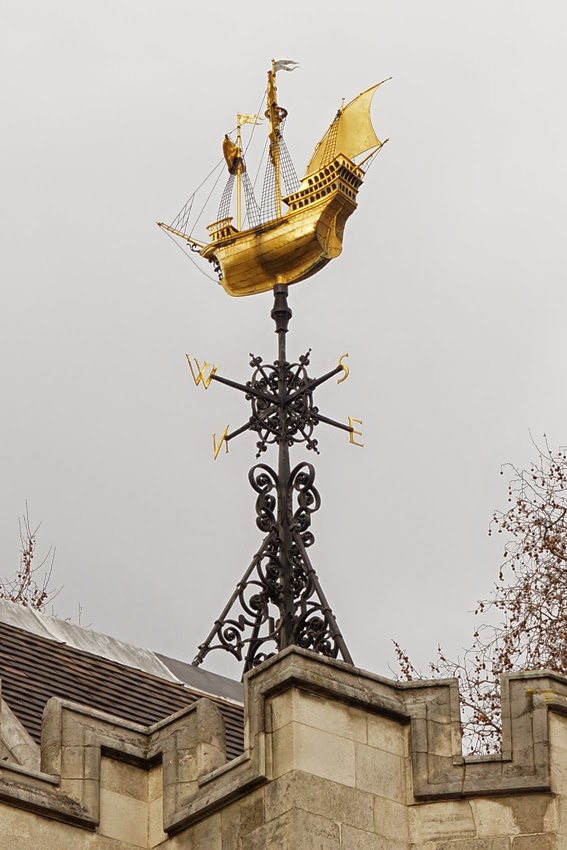 Astor's wife died while Two Temple Place was being built, and it would be his retreat as he became increasingly reclusive. After his death, Astor's sons put the house up for sale and in 1922 it was bought by Sun Life Assurance. Six years later they sold it to the Society of Incorporated Accountants, who remained there until 1959; during their tenure, the building suffered much damage from a V1 flying bomb. Restored, it would be Grade II* listed shortly before being sold again in 1959, to Smith & Nephew. Finally, in 1999, it was acquired by its present owners the Bulldog Trust. A bulldog sign now hangs jauntily outside, welcoming visitors to the varied treasures within. 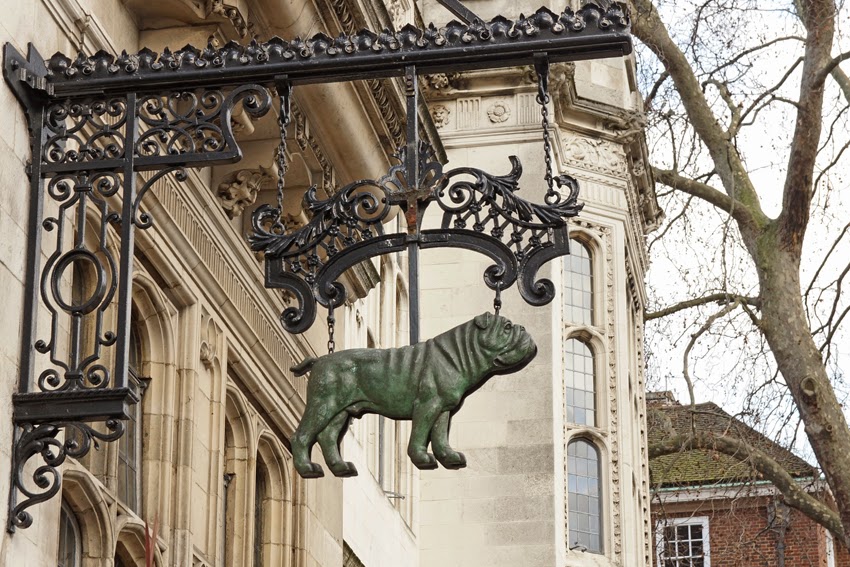 The current exhibition, Cotton to Gold, runs until 19 April 2015. It is open daily except Tuesdays; entrance is free, and there is a cafe and shop.

For more information about the building, there is an excellent and beautifully-illustrated book by Barbara Bryant, Two Temple Place, on sale in the gallery shop.