When a palace is 500 years old, and has undergone endless modernisations and remodelling, it's unsurprising that new work can lead to new discoveries. However, a request to repair the uneven floors of a room used by the Royal School of Needlework didn't immediately suggest that exciting finds would follow. 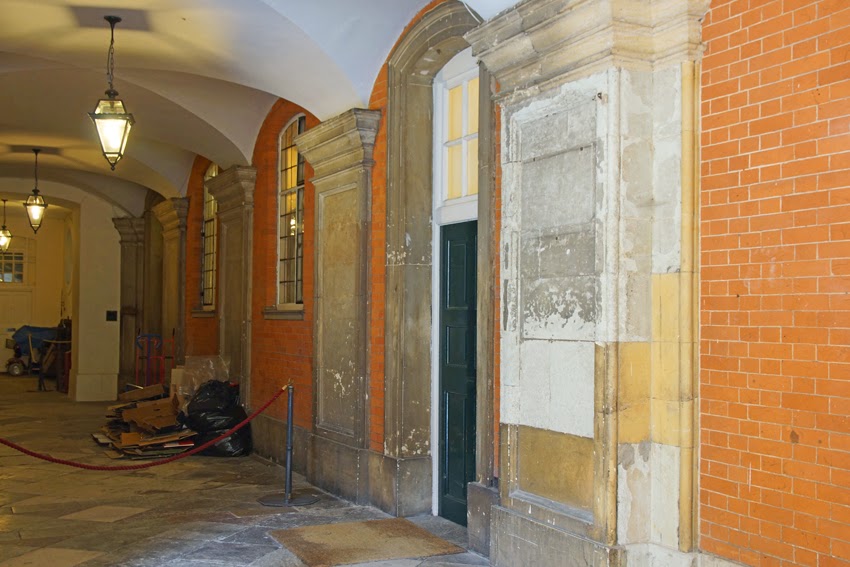 When the floorboards were lifted, an extraordinary assortment of brickwork was revealed. It became apparent that the Victorians had simply added supports and laid the floor over the foundations of some much older buildings. In fact, like much of the Palace's Fountain Court, this room covered the site of the former private apartment of the Queen. 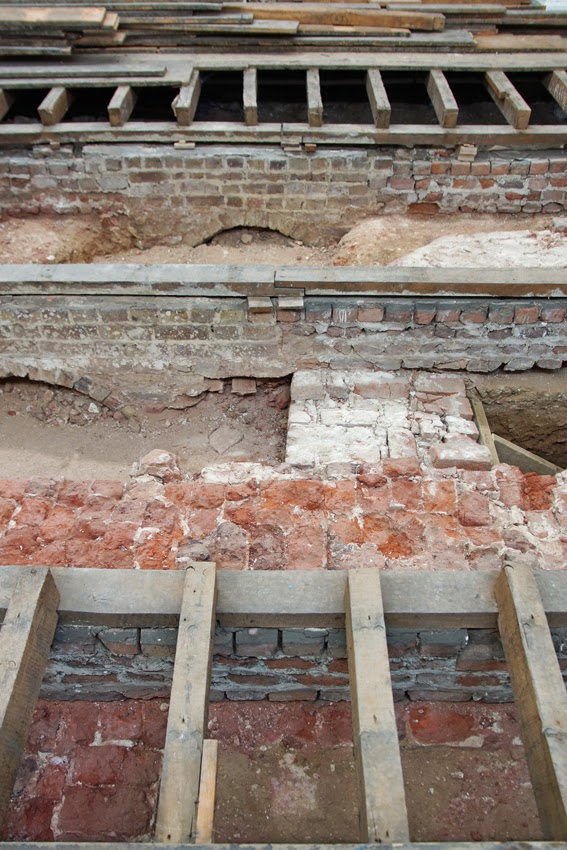 Which queen? Well, the answer varies with the brickwork colour! The red brick indicates the walls of a new apartment built for Anne Boleyn in the 1530s. (Most of Henry's wives got new lodgings, but not to be outdone, he had his own rooms rebuilt six or so times too.) 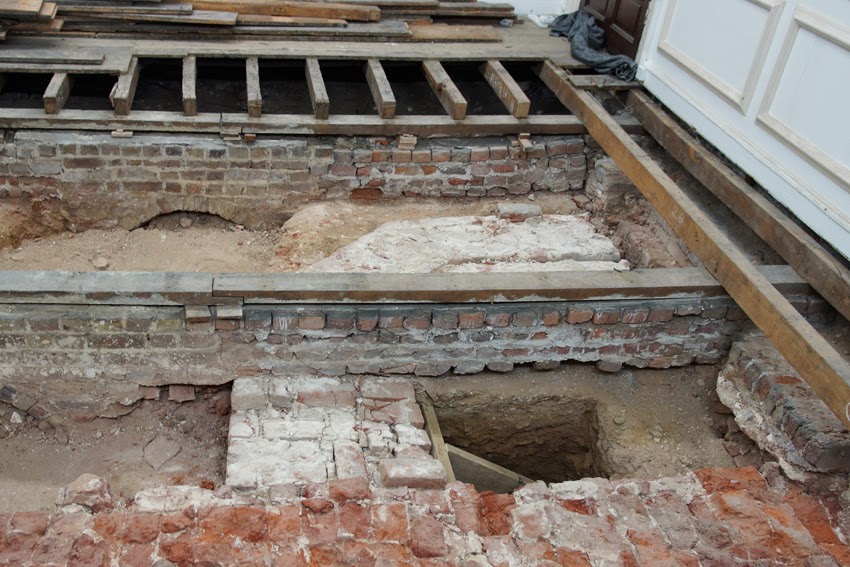 Unfortunately, the work lasted longer than Anne's reign. After her execution and Henry VIII's third marriage to Jane Seymour, the rooms were completed - with alterations - for his new Queen around 1537. Among the additions to the original design were bay windows, and we can see the foundations of one of these in the lines of paler bricks. This room was probably the Privy Wardrobe, close to the kitchen and a nursery for Henry VIII's only son Prince Edward.

The building did not settle into a peaceful existence, however. Instead, it seems to have settled further into the neighbouring moat: engineering works were carried out to shore it up in the late sixteenth century. Evidence of these was also found here: a clay pipe stamped with its maker's symbol, allowing it to be dated to between 1570 and 1610. (The problem of sinking walls has never gone away: it is noticeable that the later courses of brick are not straight either.) 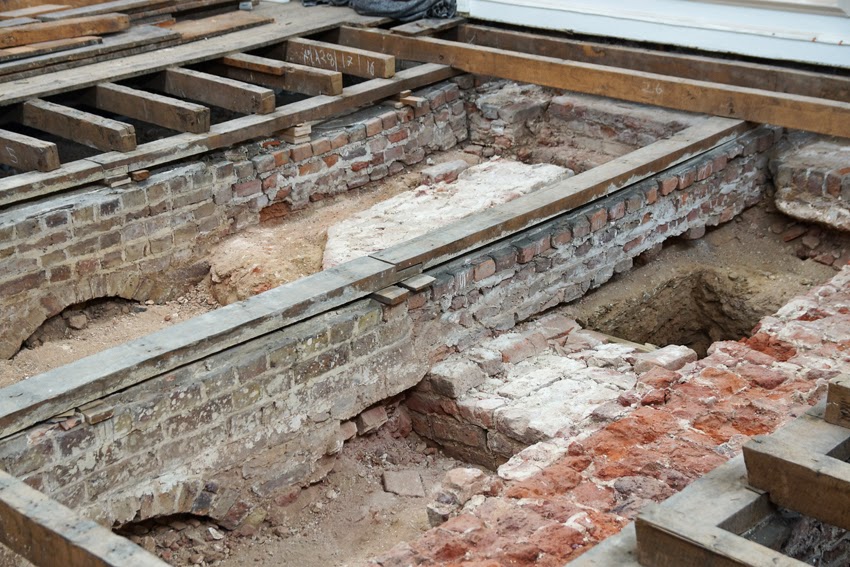 When  William and Mary came to the throne in 1689, they found the Tudor buildings too old-fashioned for their tastes and brought in Sir Christopher Wren to rebuild in the fashionable baroque style. Lack of time and money would restrict the work, limiting the rebuilding to the king's and queen's main apartments - so our apartment was demolished. However, the time-conscious Wren didn't take out the foundations. Instead, his new foundations simply went over and through them. We can see his line of brick cutting through the bay window.

The Victorians worked on the building yet again, and made a large cut through all those earlier foundations, probably for a utility pipe. The current work will be more respectful: reliable steel supports will be put into place - carefully taking the pressure off the archaeology below.

An apparently simple job to replace some wonky floorboards, then, has revealed a great deal of the fascinating history of the Palace!

I visited the excavation during one of the members' events for Historic Royal Palaces; membership also includes the Tower of London, Banqueting House, Kensington Palace and Kew Palace.