Originally part of an abbey founded in the 11th century, Chester Cathedral is an unusual survivor: it avoided ruin in the Reformation when Henry VIII decided to create the Diocese of Chester and make this its cathedral. With the current building dating back to the 13th century, an awful lot of eras have left traces in its fabrics and fittings. 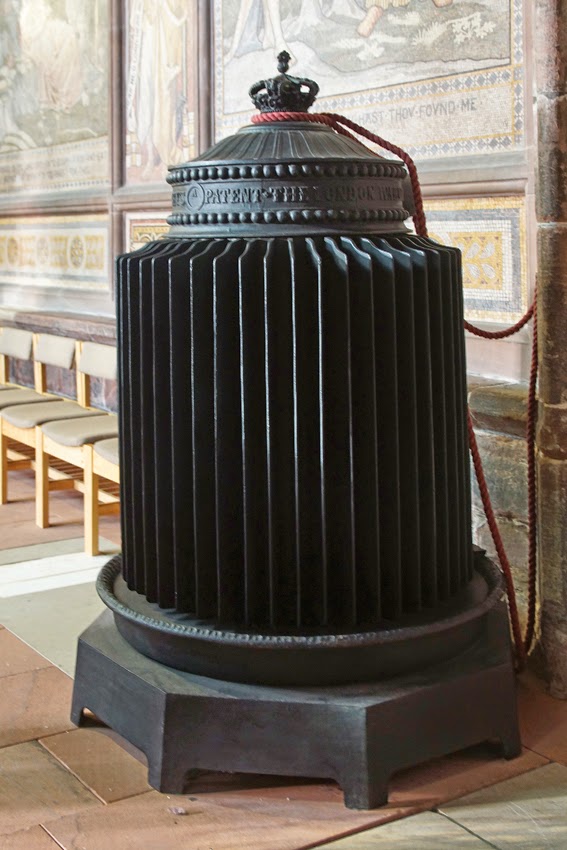 Among the most stolid features are the Victorian heaters still standing along its walls (although underfloor heating was installed in 1999). As the fanciful lettering around them proclaims, they are 'Gurney's Patent, The London Warming & Ventilating Company'. Proof that you can find a London connection almost anywhere! 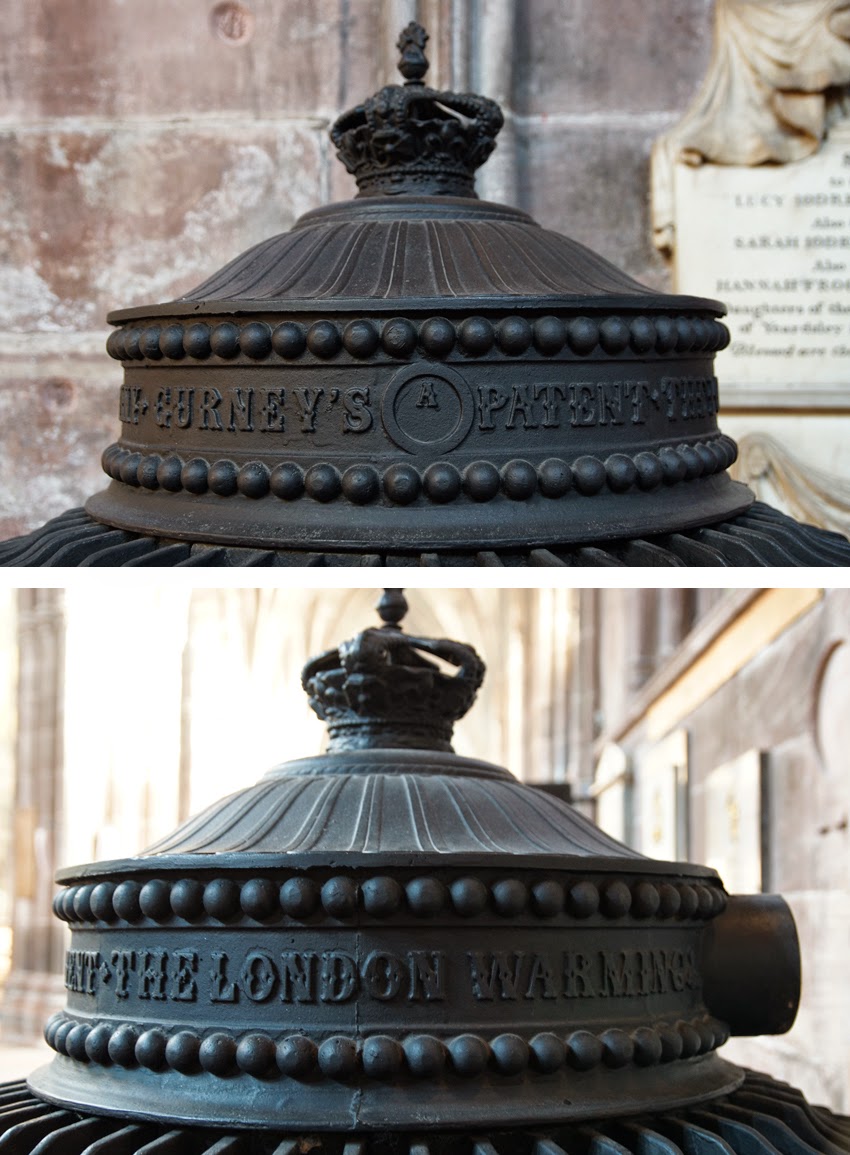 The Gurney stove was the invention of the magnificently-named Goldsworthy Gurney, a surgeon who also turned to engineering in the 1820s. He had a particular interest in steam carriages, building a number of vehicles but failing to achieve commercial success. However, his interests ranged considerably more widely. By 1852, he was improving lighting and heating in the Houses of Parliament - although his ventilation improvements couldn't mitigate the stink entering from the Thames - and in 1856, he patented his heating stove. He soon sold the rights to the London Warming & Ventilating Company, who continued to produce the heater well into the twentieth century. One of its key features was that the ribs on its exterior stood in a shallow trough of water, thus humidifying the air as well as warming it. The stove burned anthracite, although some were later converted to other fuels (Hereford Cathedral's heaters became gas-firing in 1989).

The heater was successfully sold to all sorts of public buildings, and seems to have been particularly popular with cathedrals. Apparently, 22 were heated by this impressive cast-iron device. Its main competitor was the Grundy stove, placed in a separate room with the warm air distributed through ventilating ducts and gratings. 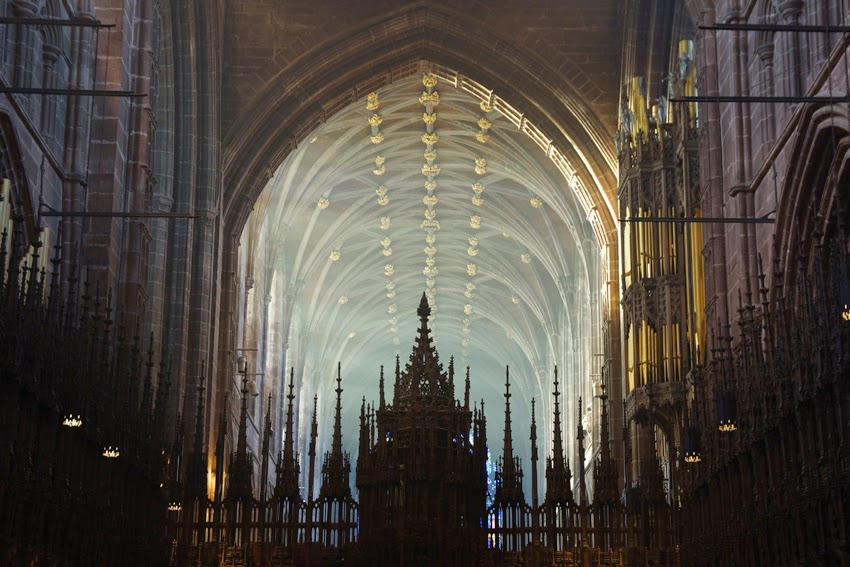 It wasn't only the (former) heating which attracted my attention in Chester Cathedral. The incense-laden air filtered the light to magical effect. 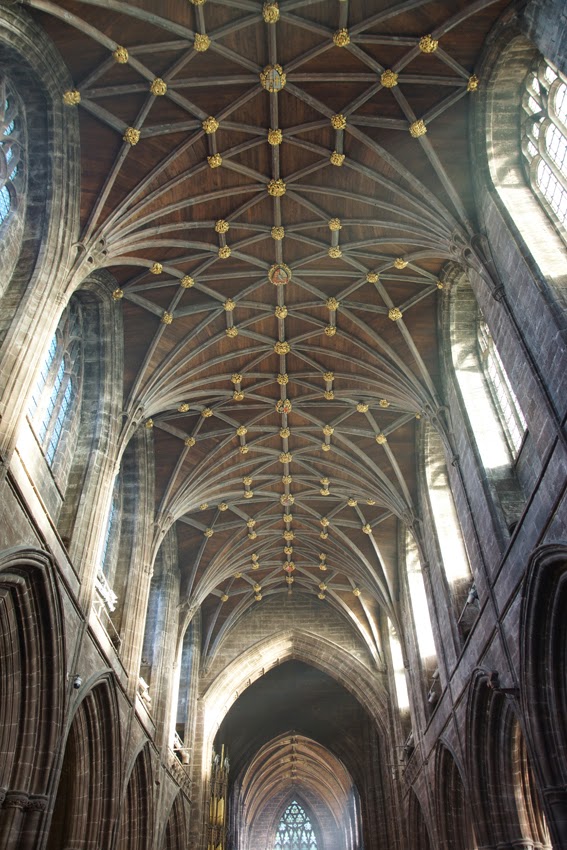 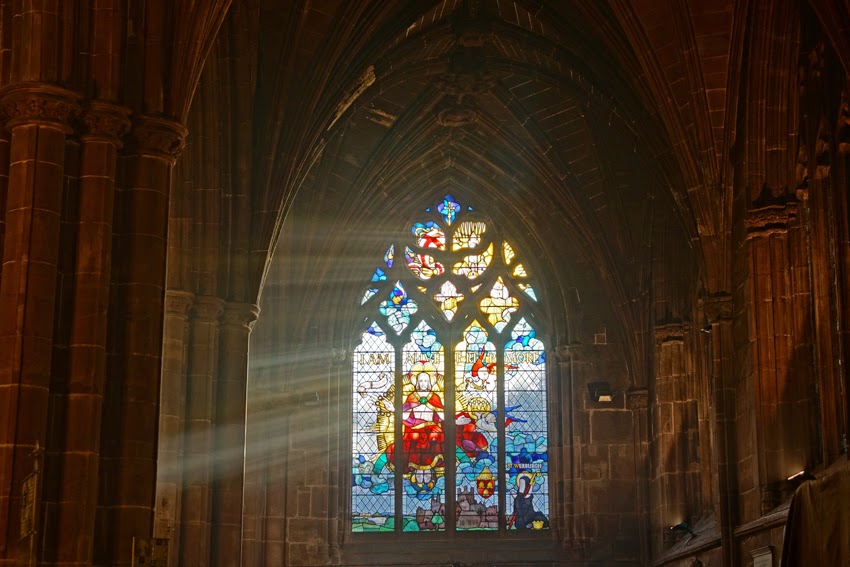