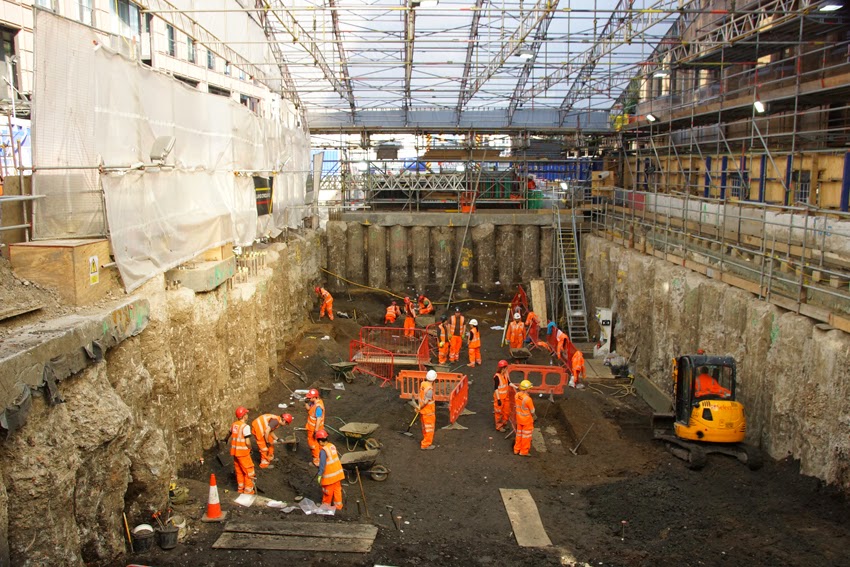 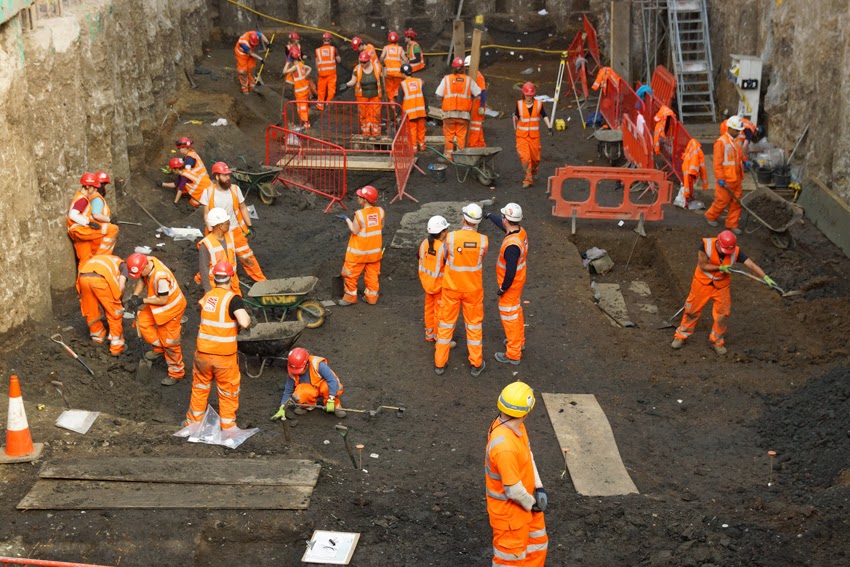 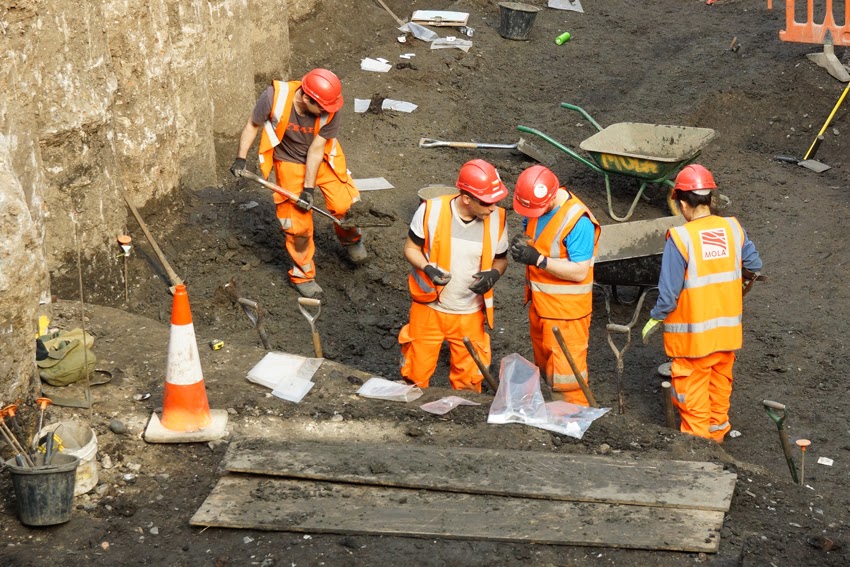 There should be a fixed time for archaeologists to dig and record, before the history is lost forever under any new building project. Not an open-ended period of time, but one guaranteed by legislation.

Imagine if the 3,000 skeletons from the Great Plague in 1665 were lost forever. And the Roman pottery etc would never have been found.

I saw the crossrail exhibition last year, near Tottenham Court Rd. As much as I love museums, it would be amazing if they could leave some of the dig exposed forever. Something special about seeing where objects have been found.

Hels, the only reason that the archaeology is being recorded is because of legislation. All planning applications have to have an assessment of what impact it will have on the archaeology of the site and a watching brief has to be kept when work starts. Obviously on sites within cities such as London where there is a long history of human settlement and activity the excavation of the site will be part of the development process.

Just think what was swept away in earlier periods when the only protection was the interest of the developer in saving any material uncovered.