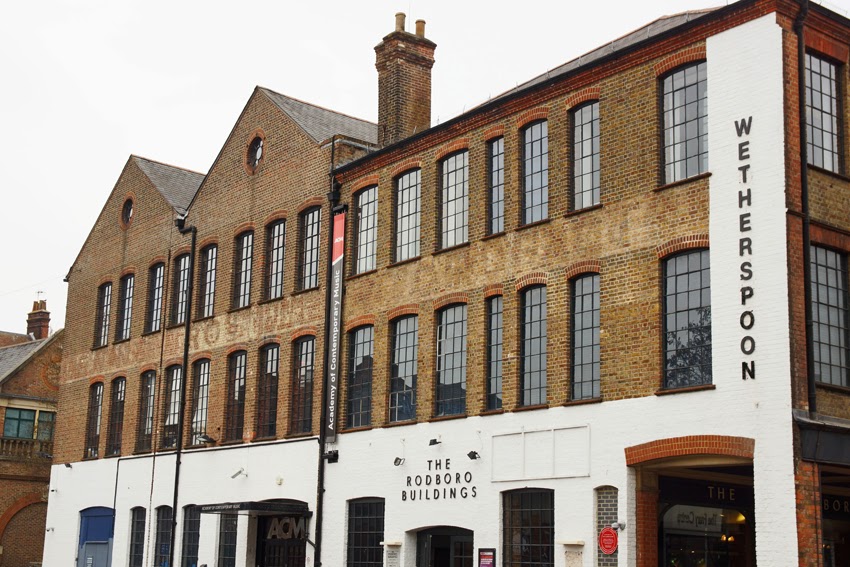 Now a Wetherspoons pub, the Rodboro Buildings in central Guildford wear the marks of their industrial past. The structure was built in 1900 as the Dennis Brothers car factory: the Borough Council claim it as the oldest surviving car factory building in the country. The brothers had begun by making bicycles, before building their first car in 1899 and launching car production in the new premises soon after. Lifts took the cars from floor to floor - they were finished under natural light on the top floor before returning back to earth to take their place in the ground-floor showroom.

Commercial vehicles were soon added to the range, and Dennis would become best-known for buses and fire engines - unsurprisingly, bigger premises on the outskirts of town were soon needed. As car production trailed off, the company left this site in 1913. The faint ghost signs stretching along its facades witness to their time here, though. One (below) reads 'Dennis Bros Ltd Motor Factory', somewhat unclearly as it has been repainted several times. The other (above) is harder to decipher, but includes the words 'Dennis Bros' and probably 'Factory'; the intervening words are obscure. 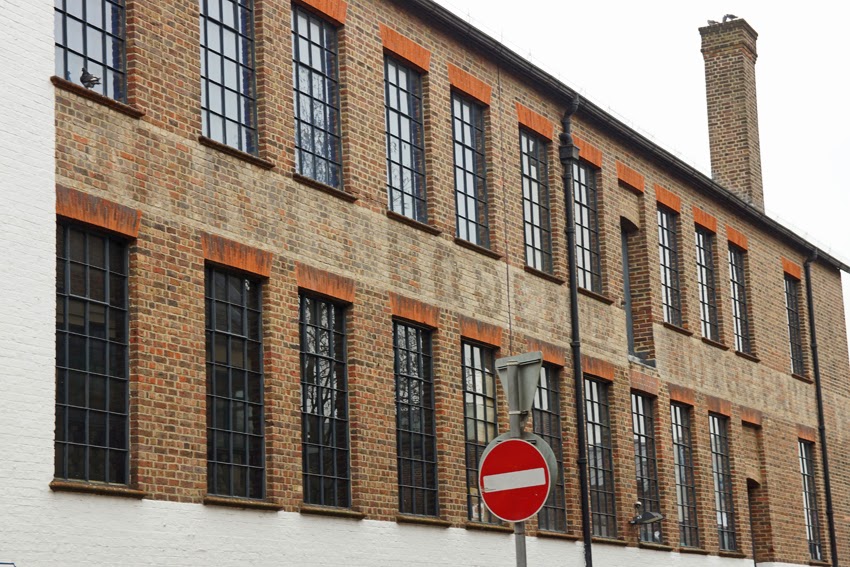 The building's name comes from the Rodboro Boot and Shoe Company, who were here from 1919-1928. They were followed by a confectionery warehouse, from whose time we have a sign advertising  'wholesale tobacco & confectionery distributors'. 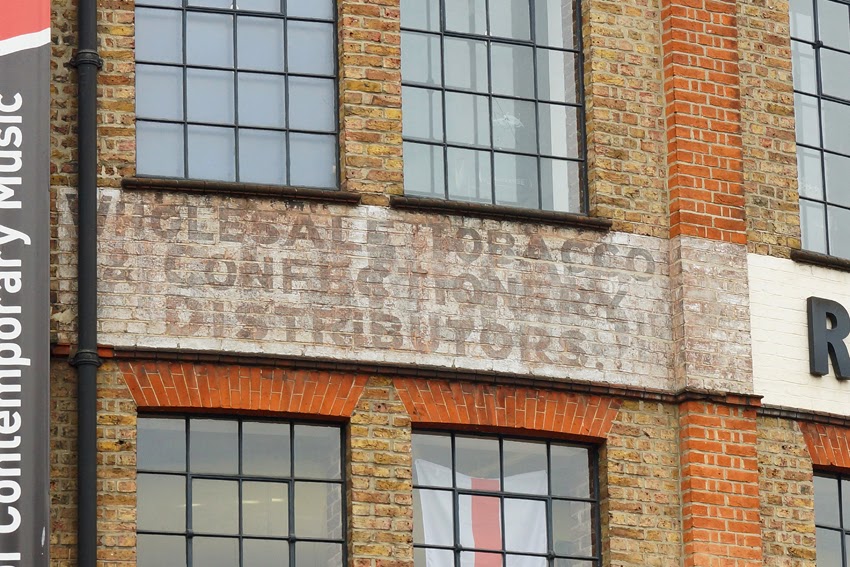 Nearby is another small panel, with manicule, directing 'Fancy Goods Warehousemen [?] Floor'. 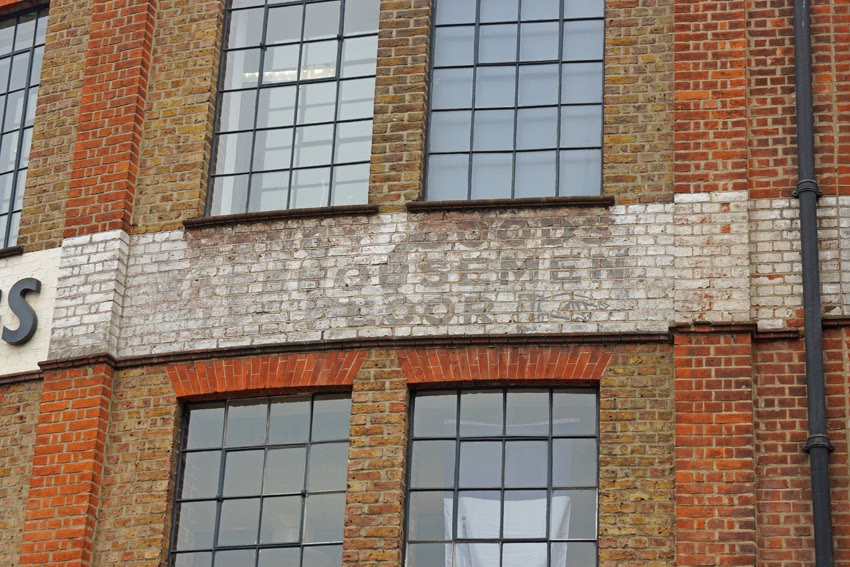 It's lovely to see so many traces of the building's diverse history so visible. And it's hard not to be impressed by a ghost sign, however faint, that has survived for a century!