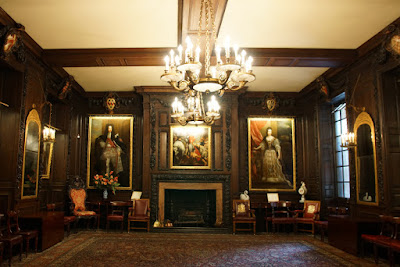 Close to Southwark Bridge, the Vintners' Hall location is no accident. Proximity to the water was necessary for a trade whose product - wine - was imported by ship. Indeed, in the mid-fifteenth century, wine accounted for nearly a third of England's import trade. No surprise that the Vintners are one of the Twelve Great Livery Companies, having  received their charter in 1363. The company retains strong links to the wine trade today. 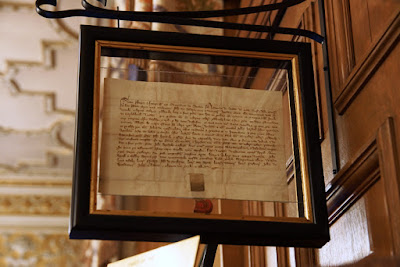 The Hall has been on this site since the fifteenth century, although it had to be rebuilt following the Great Fire of London. It was further altered when Upper Thames Street was widened in 1822, and the facade was changed again in 1910. 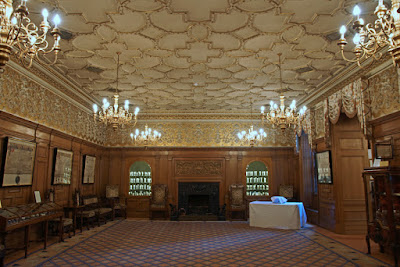 It is therefore full of historical interest: indeed, one of the first things a visitor sees inside is a schoolboy. He models the 1840 uniform of a pupil of the Vintry Ward school - another of these distinctive figures which can still be seen around London. 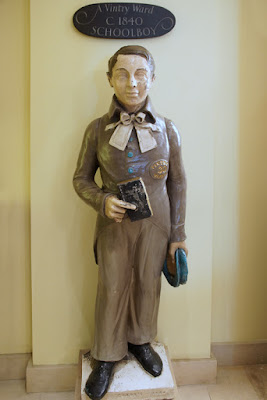 The schoolboy is one of several fine pieces of Coade stone here. The others are a pair of magnificent swans at the front doorway and the coat of arms in the Great Hall. 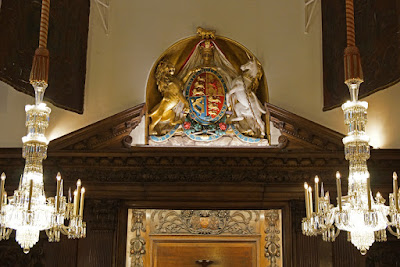 Swans are a recurring theme throughout the building. Given their riverside location and focus, it's perhaps unsurprising that the vintners have taken an interest in the aquatic birds. However, they have a very special role: along with the reigning monarch and the Dyers' Company, they are able to own wild swans. Every year, they catch and mark swans alongside the dyers in a 'swan upping' event. Unmarked swans belong to the Queen. 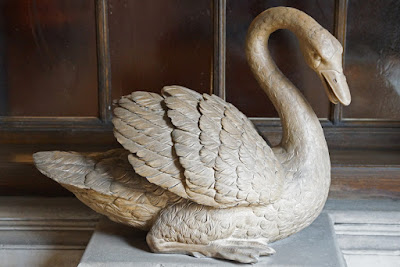 Today, swan ownership primarily involves an obligation to look after their welfare. However, in the Tudor period it was a more valuable privilege since swans were a source of meat and writing quills. Personally, I prefer the wine! 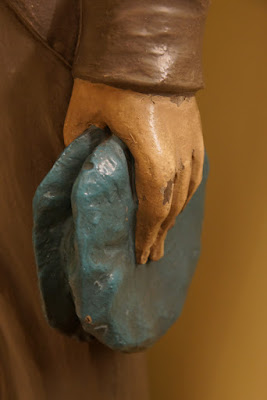 I visited with London Historians (previous visits include Drapers' Hall and Stationers' Hall).

Correct ... it is not a surprise that the Vintners are one of the Twelve Great Livery Companies, chartered since 1363. But it might be a surprise that the facilities have been maintained in lovely condition. My fear with many of these buildings is that once the purpose of the original organisation changes, the facilities may become a dumping site for cargo, pulled down or sold to a fast food franchise :(

I now what you mean. Happily, the livery companies seem to be thriving, and many are very good at making use of their halls for outside events etc.