Effigies and ambulances: the Museum of the Order of St John

The Museum of the Order of St John is one of London's hidden treasures, although it's hiding in plain sight! If you've walked around the Smithfield area, you probably noticed the old and intriguing St John's Gate. The museum entrance is just inside, and allows you to explore a millennium of history.

The story begins in 1080, when a hospital for pilgrims was established in Jerusalem; the order became officially recognised in 1113 and cared for anyone regardless of faith. However, it also took on a military role during the crusades, and its members became known as Knights Hospitallers. The Order would move countries several times before reaching Malta in the sixteenth century; it is strongly associated with the island, sharing the Maltese cross as a symbol.

This is a very long London story, too. A priory had been established in Clerkenwell in the 1140s; when the Dissolution of the Monasteries came in 1540, Henry VIII was so impressed with the prior that he awarded him a pension. He never had to pay it, though - the prior died the day after handing over the keys, supposedly from a broken heart. His effigy is in the crypt of the Priory Church: it depicts an emaciated corpse, intended not as a portrait but as a memento mori. 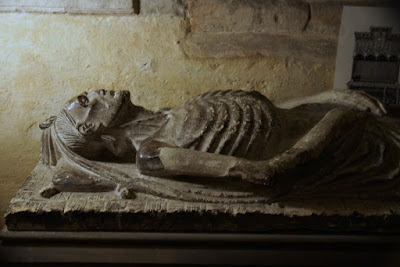 The priory's Tudor gatehouse survived, taking on very different roles, and remained central to London life. Under Elizabeth I, it housed the Master of the Revels, who licensed plays: much of Shakespeare's work passed through here. After some time as a private residence, it got caught up in the printing industry then making its home in St John's Lane: a printing press first moved there in the 1680s. In the eighteenth century, it was a coffee house (run by none other than William Hogarth's father, who also offered Latin lessons) before becoming home to the leading periodical The Gentleman's Magazine - the title page bore a picture of the Gate. Samuel Johnson, who wrote and edited for the magazine, worked in a 'garrett' here; the magazine's founder, Edward Cave, was a friend of Benjamin Franklin and erected one of his lightning conductors on the building. The literary link continued when the Gate became a pub: Charles Dickens was among the customers at the Old Jerusalem Tavern.

In 1888, Queen Victoria granted a charter to the Order of St John - which is now non-denominational. They had bought back the Gate, and added new interiors including a Chapter Hall, as well as the museum. The Order's work as St John Ambulance, teaching first aid and providing ambulance services, is familiar to most of us. Coming full circle to its original purpose, it also runs an ophthalmic hospital in Jerusalem offering treatment to all regardless of faith. 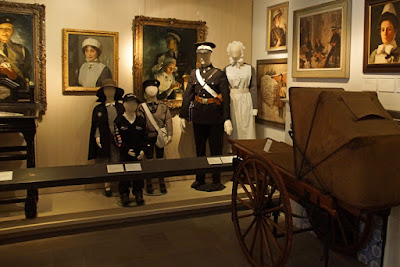 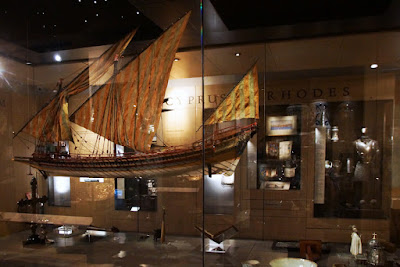 The visit continues across the road, into another building rich with history: the Priory Church. 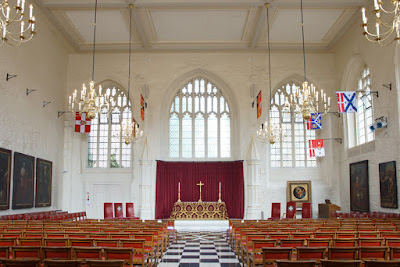 The main church is sixteenth-century, although substantial rebuilding and restoration were needed after it was badly damaged by an incendiary bomb in World War II. 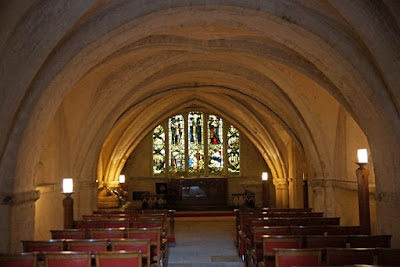 The crypt, though, dates back to the eleventh century and is an extraordinarily cool, atmospheric space. It contains one rather incongruous effigy, that of the very Spanish Don Juan Ruiz de Vergara. Since his death in the late seventeenth century, it had been in Valladolid Cathedral until ending up in England a few centuries later. The line along the top of the figure's legs, where it was cut in half to be shipped to London, is still visible. 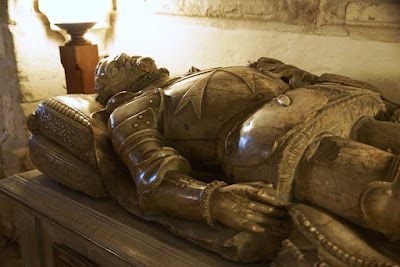 Alongside the church is a final hidden treat: the Cloister Garden, full of medicinal herbs. 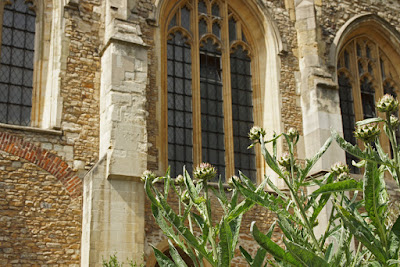 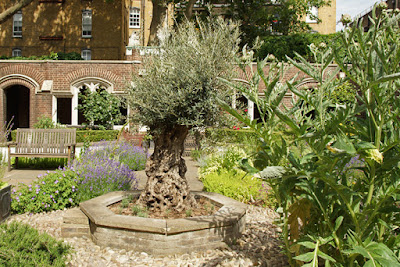 I visited the Museum for a Midsummer Night's Dream-themed afternoon tea, designed to showcase it as a venue for events - which it did beautifully. The Chapter Hall was ideal for Tudor dancing and drama, cake and champagne in the garden was a perfect summer treat, and Titania's fairies were everywhere. There was even a flower-bedecked donkey! Guided Walks in London has lots more lovely photographs of the event. 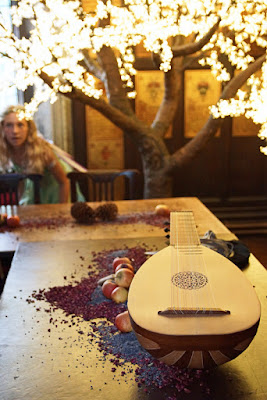 Practical information:
The museum and church are open Monday-Saturday, 10am-5pm. Admission to the museum is free, but I'd highly recommend a guided tour for a suggested £5 donation.
St John's Gate is in St John's Lane, EC1M 4DA - a  short walk from Farringdon station.

You are spot on. The Order's work as St John Ambulance, teaching first aid and providing ambulance services, is very very familiar. Plus I have examined every inch of the relevant sites in Malta and Israel.

But not The Museum of the Order of St John in London.... I wonder why that is so. Perhaps the Order itself might have been ambivalent about its military role during the crusades which was as important as its medical and religious roles. The Knights Hospitallers were brutal in battle.

It is now on the list for the next time we are in London!

I found the Museum of the Order of St John intruiging as it's a period of history I know very little about. My blog post doesn't go into such depth of detail, thanks for sharing yours. We bought a take-away cup of tea and spent a happy hour chatting in the beautiful Cloister Garden, such a peaceful place.