Modernism, inside and out 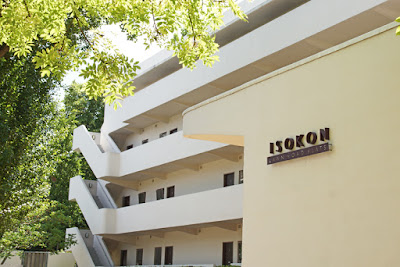 The Isokon building in Hampstead is one of London's finest Modernist buildings - and a gallery in its former garage allows us to explore the interiors too. 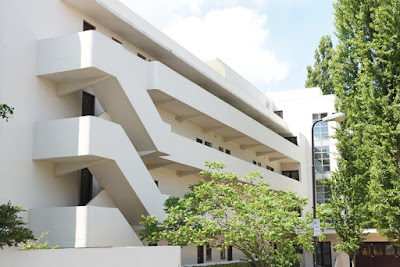 Molly and Jack Pritchard wanted to create an experiment in minimalist contemporary living, and in 1934 they and architect Wells Coates did just that. Isokon was the first block built of reinforced concrete, and the first to have deck access to its flats. The Pritchards lived in its penthouse; among the other residents were ex-Bauhaus members Walter Gropius, Marcel Breuer, and Lazslo Moholy-Nagy; sculptor Henry Moore - and Agatha Christie. Her six years in Isokon may have been useful to her writing: fellow residents included a number of Soviet spies, and she completed her own spy novel N or M while living there. 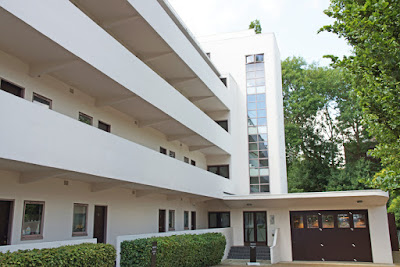 Jack Pritchard worked for Venesta, a supplier of plywood. Originally they had focused upon products such as tea chests, but he founded the Isokon company to use the material in furniture. The flats were furnished with Modernist pieces made by Isokon - some of which can be seen in the gallery. Christie described their famous Long Chair as "that funny chair here which looks so peculiar and is really very comfortable.” Each flat had a tiny kitchenette, since there was originally a large communal kitchen to provide meals; when residents failed to make much use of the service, it was converted into a restaurant (the Isobar). Its chef Philip Harben would go on to be the first celebrity TV chef.

The building declined after World War Two, but was restored in 2003. The gallery celebrates its history, with a mass of information, images and items bringing to life the story of one couple's vision and the masterpiece that resulted. 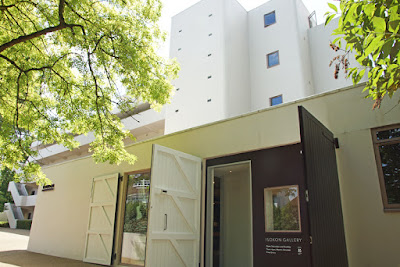 For more information about the Isokon Gallery, click here. Admission is free.

But I didn't realise the building was renovated in 2003 and that a gallery was added. Isn't blogging the coolest invention on the planet :)
Thanks for the link
Hels
Spies, Writers and Artists in Hampstead
http://melbourneblogger.blogspot.com.au/2014/07/spies-writers-and-artists-in-hampstead.html

I remember visiting Lawn Road Flats before its restoration during a London Open House weekend. I am so pleased to see the building restored to its former glory. Nothing could be a greater contrast to the rather vertical red brick buildings on the other side of the road.

As I remember the flats they had built in furniture, wardrobes, draws etc made from plywood creating minimalist interiors.