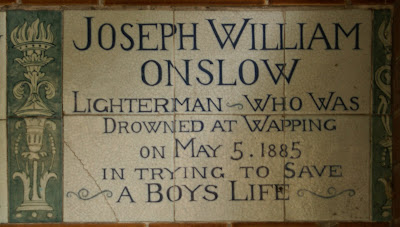 Interesting to note the missing apostrophe on this 19th century plaque. I thought that was a modern trend!

This is my ancestor. The Onslow family lived in Red Lion Street Wapping. He had only married in 1883 to Mary Ann Plant. His father John Goodacre Onslow was a hairdresser. I enjoy reading your blog, want to go and photo local ghost signs now :)