A few days ago, we heard the news that Crystal Palace's Victorian dinosaurs are to be repaired. Their Friends have produced an entertaining video to explain why the repairs are needed.

It's good news, because the dinosaurs are truly special. Here's my report from a few years ago on why:

When the Crystal Palace was moved from Hyde Park to its new site, the surrounding park was also intended as a place of entertainment and education. Nowhere were those two aims better combined than in the dinosaur park (the first in the world). Entertaining as it might be to wander around scenic lakes with prehistoric animals at every turn, the visitor was also expected to learn.

The creator of this section was none other than Professor Richard Owen, the man who invented the word 'dinosaur'. Sculpted by Benjamin Waterhouse-Hawkins, the creatures were placed to create a timeline illustrating the new and shocking idea that such animals had existed millions of years ago. (This was all happening in 1854, five years before Darwin's Origin of the Species was published). 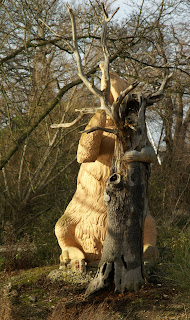 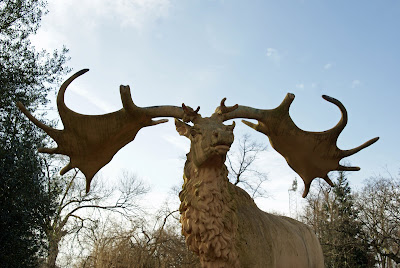 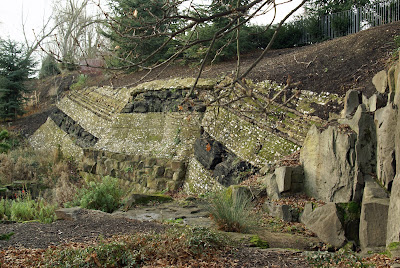 This is brilliant. I've never even heard anything of the sort. Victorians were a wacky bunch, weren't they? I'm happy I've stumbled across this blog. O was only googling about the clock tower in Lewisham!

Perhaps Owen's most interesting mistake was with the Iguanodon. The bones that were found included an odd conical thing which didn't seem to fit anywhere. So he guessed it was a single horn like that of a rhinoceros, and put it on the creature's nose:
https://goo.gl/bgYSHZ

Later it turned out that this was a claw on the Iguanodon's thumb.

Owen gave a dinner party for his friends inside the almost completed shell of this dinosaur:
http://goo.gl/Zejl6e

Thank you, Anna, and welcome!

Ralph, the dinosaur dinner party is one of my favourite weird Victorian dinner venues.