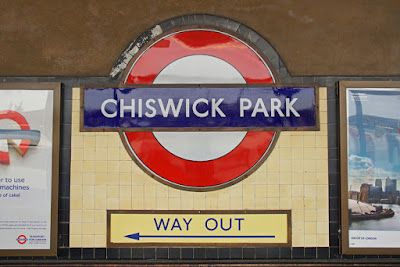 A distinctive Charles Holden-designed Underground station, Chiswick Park has actually been around since 1879 when it was known as Acton Green. However, the coming of the Piccadilly Line necessitated its rebuilding in the 1930s. Not that the Piccadilly actually stops here - but it does pass through at speed, so new lines had to be constructed. 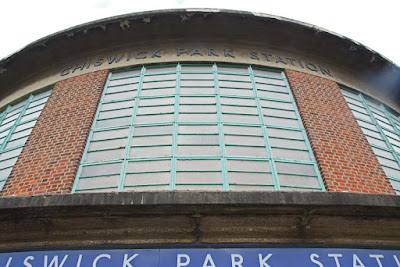 With the general manager of the Underground, Frank Pick, Holden had toured Germany, the Netherlands and Scandinavia in 1930; this European influence was apparent in the stations of the following decade. Simple forms in brick, concrete and glass characterised his Piccadilly Line stations. The curving lines and landmark tower of the station are familiar features; a circular concourse was used by him to great effect below ground at Piccadilly Circus, but this is a lovely example of its above-ground counterparts. Like Piccadilly Circus, it incorporates not only Tube functions but also retail spaces. 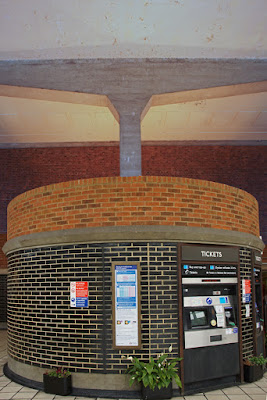 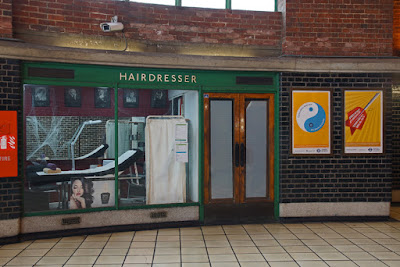 There is plenty to please the eye at platform level, too. The elegant concrete forms bear their security-camera accretions with quiet dignity, and a glass-walled shelter continues to offer limited respite from the weather. 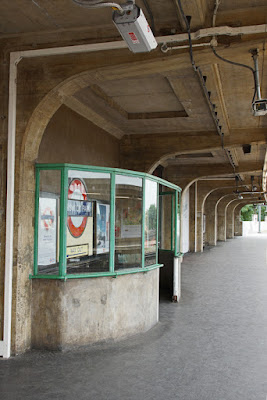 One piece of heritage has suffered, though. In the ticket hall are original signs showing Mark Lane station. Sadly, though, while the signs are preserved, the original name of this station has the current name, 'Tower Hill', stuck over it. 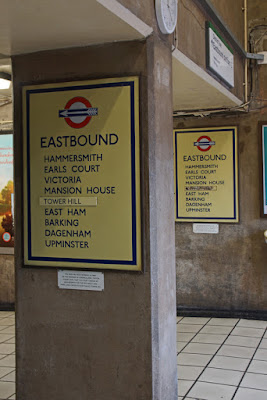 Frank Pick, et al, left us with a marvellous iconic showcase in London Underground and all its bits.

Love this! I know the Underground opened in 1863 from Paddington, but I forget that it took decades for the lines to be fully opened for business and for all the railway architecture to be built *smacks forehead*. We think that the system WE know is the system as it always was.

Anyhow the European Deco influence was going to be very popular, but not until the 1930s.

There is so much to love on the Underground! And it's changing all the time: the Victoria line was added in the 1960s, the Jubilee line was extended at the end of the last century, there's a proposal to extend the Bakerloo in future...