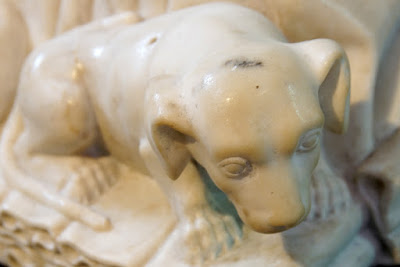 The Basilica of Saint Denis in northern Paris, considered the first Gothic church, is most famous as the resting-place of France's kings and queens. All but three of them were buried there - although most of the remains are missing, taken out and reburied in a mass grave during the Revolution. The tombs, however, survived. During their restoration, the Bourbon monarchs not only revived this tradition but also brought the sparse supposed remains of Louis XVI and Marie-Antoinette for burial here. 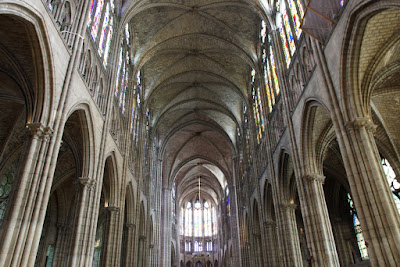 On the tombs are not only many royal effigies, but also an assortment of animals. 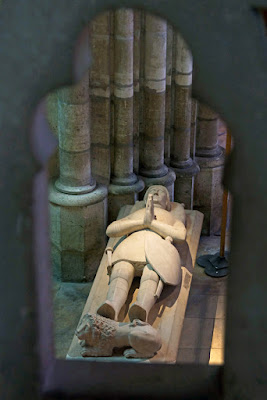 Most popular are lions, some of whom seem to have abandoned their own regal status in favour of very cat-like pleasure in the eternal back rubs they are now receiving. 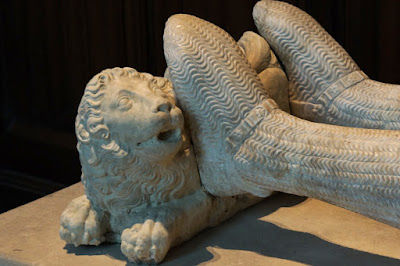 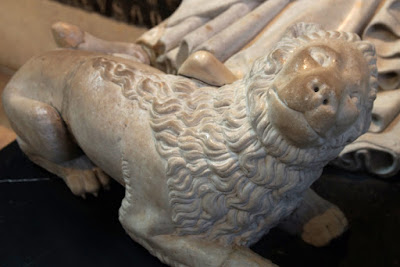 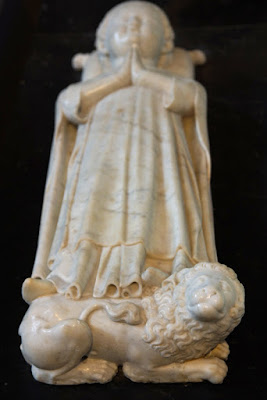 Dogs were another popular choice, and many are in pairs - sharing or squabbling over bones like siblings with toys. 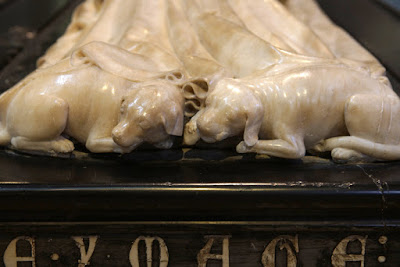 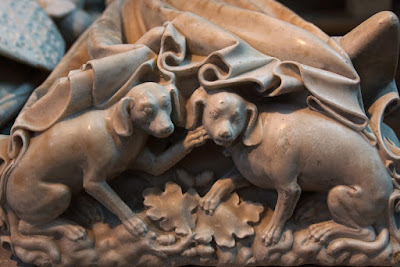 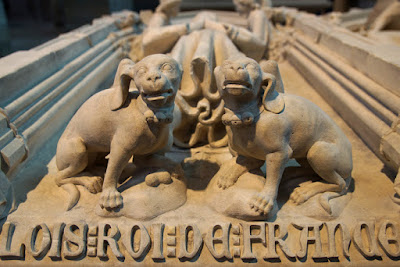 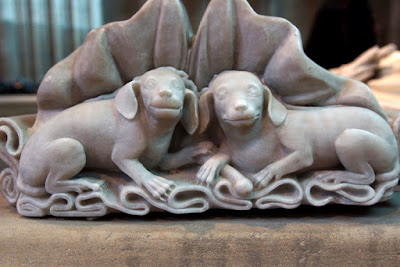 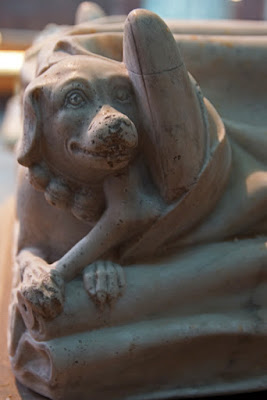 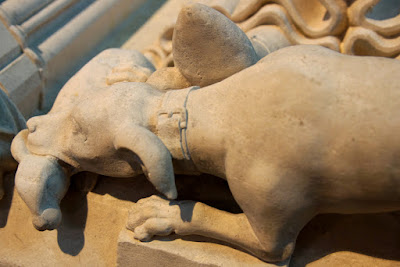 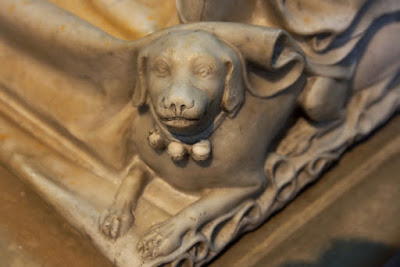 There are some more unusual ones, too. Charles, Duc d'Orleans and Philippe, Comte de Vertus appear to have joined forces with an armadillo-dog and a stoat! 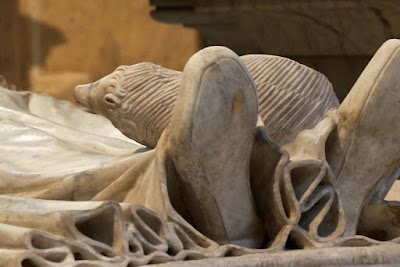 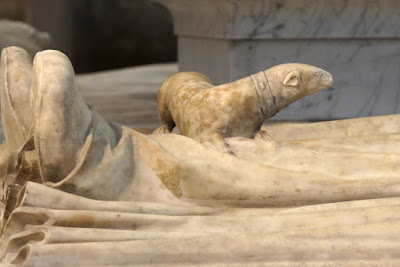