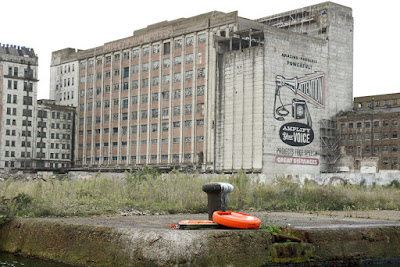 They loom over the Royal Victoria Dock, windows broken and paint faded: Millennium Mills, out of use since the 1980s, have been gently decaying for decades. However, they are now swept up in the Dock's redevelopment, and renovation is underway. 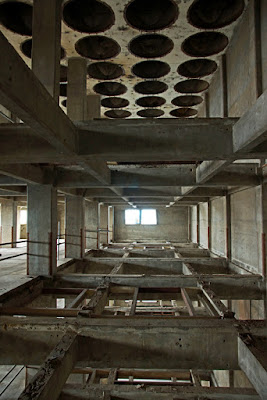 I was very fortunate to be able to go inside just as asbestos removal had finished and before further renovations began. Once the works are complete, these former flour mills - once home to Spiller Ltd of Winalot biscuits fame - will house small and medium-sized businesses. The joy of their intended use is that they will be able to retain their industrial feel in a way the more usual residential conversions don't allow. 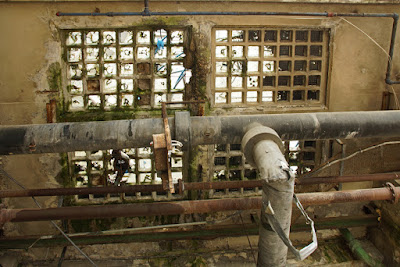 Sat on the dock and beside a railway, the mills were ideally situated when William Vernon & Sons built them in 1905; indeed, Joseph Rank and the Co-op already had mills nearby. Vernons named the site after their 'Millennium Flour', itself named to commemorate winning at the International Bakers Exhibition of 1899. 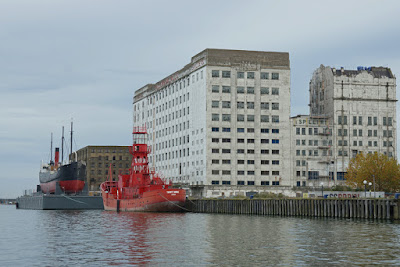 However, the Mills didn't have an untroubled history: in 1917, they were damaged by the Silvertown Explosion about 100 metres away. Spillers took over the site in 1920, and a new mill was completed in 1933. The Second World War saw further bombing damage. After their closure, the disused buildings became a venue for urban exploration as well as TV, film and music videos. 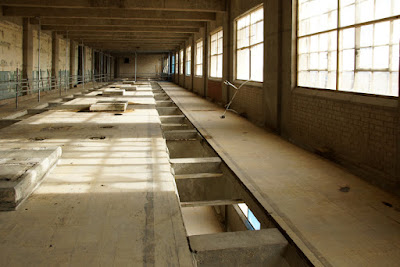 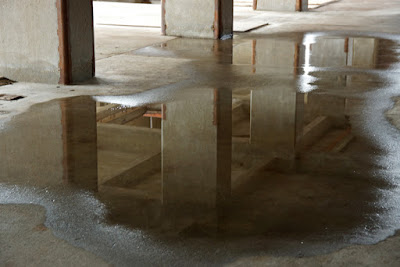 Flour is highly flammable, so the mills required careful fireproofing. As a result, liberal quantities of asbestos had been used throughout the building, all of which has had to be removed. The huge project to do this took nine months and hundreds of tons of material were taken away; one side-effect is that the walls look freshly cleaned! 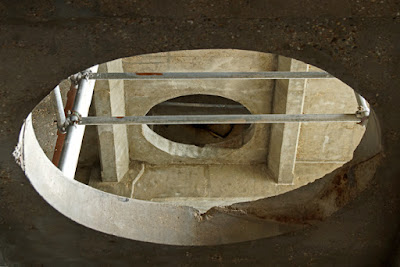 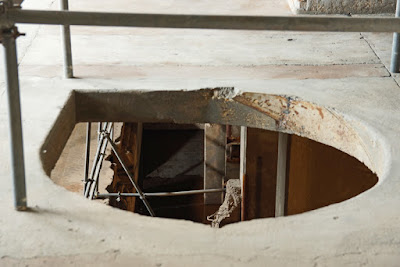 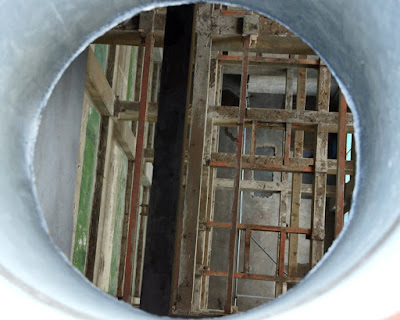 With the machinery removed (most is in storage), the size of the concrete spaces is apparent. Puddles reflect pillars; holes offer glimpses of the storeys below; broken windows overlook gritty views. 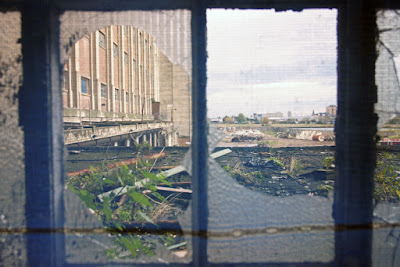 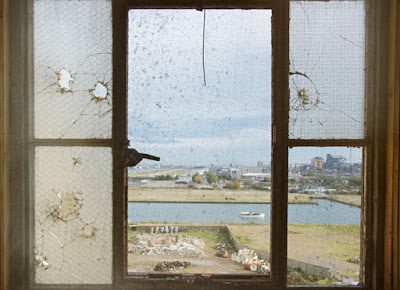 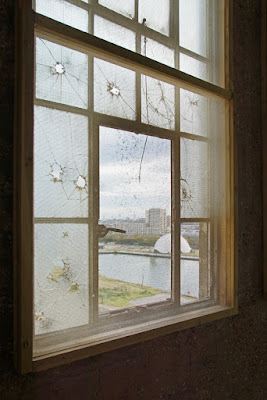 The roof may have puddles and chutes shrouded in plastic, but it also offers a panoramic perspective on the area's transformation. 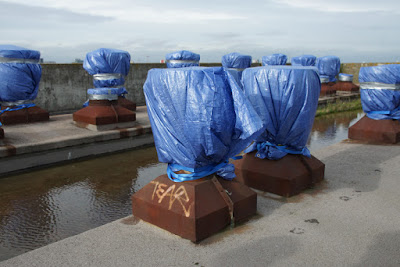 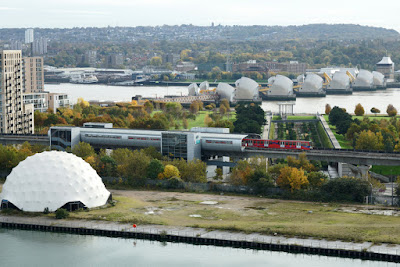 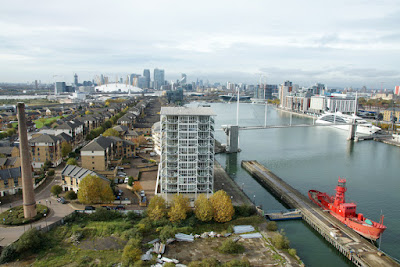 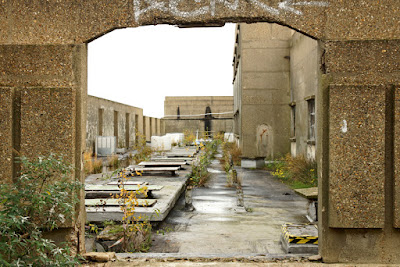 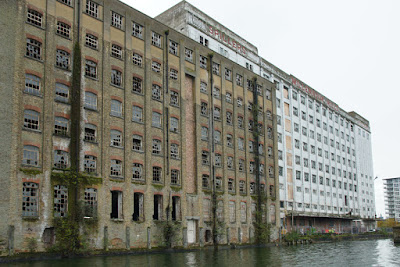 Once again, a riveting read, and many thanks are due for highlighting the ongoing transformation of this wonderful corner of London.

Perhaps putting in all that asbestos was in vain. A mixture of flour and air may not just burn but actually explode, and no amount of fireproofing will stop that. In 1981, at the Bird's Custard factory in Banbury, vibration caused by repairs to the building caused custard powder (which is mainly cornflour) to shake off the tops of the roof beams where it had collected, and there was a devastating explosion which partly demolished the building.

I knew flour could explode, but not about the Bird's custard explosion: I'll have to read more about that.