At sixes and sevens in Skinners' Hall 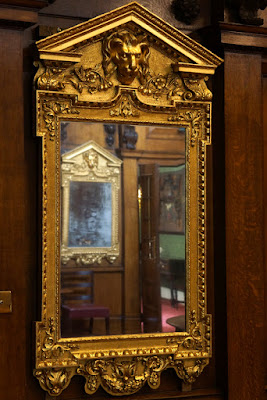 The Worshipful Company of Skinners represented an industry which was once seen as essential, today as controversial: the fur trade. In the Middle Ages, they dealt with everything from the ermines and sables worn by nobility to middle-class fox furs; sumptuary laws restricted the working classes to wearing lambskin, rabbit, or cat. A charter of 1327 gave the Company control over the fur trade not only in the City of London, but also at fairs throughout the country. They were responsible for ensuring the quality of furs, and in particular enforced severe penalties against those passing off old furs as new. 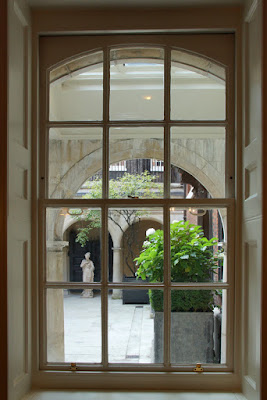 The Skinners are notoriously 'at sixes and sevens' with the Merchant Taylors: when their failure to agree who took precedence became a violent dispute in 1484, the Lord Mayor ordered them to take turns. In the hope that this solution would encourage friendlier relations, he also ordered the Masters and Wardens to dine at each others' halls once a year. When the livery companies' procession order was formally fixed in 1516, the compromise was maintained. Not only do the two companies alternate between sixth and seventh place each year, but they also continue the annual dinners. 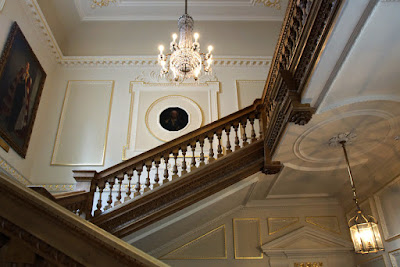 In 1295, the Skinners took out a lease on the site where their hall still stands - although like so many, the current building post-dates the Great Fire of London. Rebuilding began the following year and was completed in 1685. That building has survived to the present day, despite suffering bomb damage in 1944.

Even when the hall was built, the nature of the Company had changed. Long before the modern concern for animal rights, fur was becoming less profitable for London merchants. Declining supplies (thanks to over-hunting and clearance of forest habitats), foreign competition, and the move of fashion towards fabrics such as silk, satin and velvet, all saw the industry decline. As early as the sixteenth century, the majority of the Company's members were not skinners by trade. Today, the Company's activities are focused upon charity, notably education.

Nonetheless, the lynx is visible throughout the building. (Or at least, a heraldic rendering of the wild cat, rather oddly called a 'lizard'.) Its fur was much sought-after by mediaeval aristocrats; no one ranked lower than an Earl was allowed to wear it. 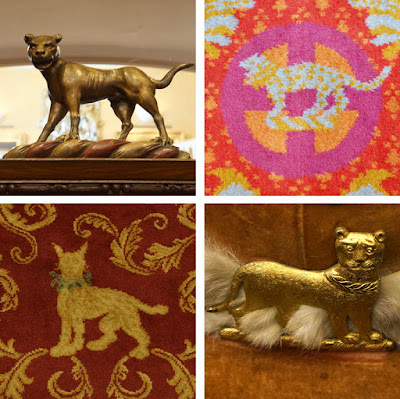 On the Company's arms, it stands as the crest, while the supporters are a lizard and a marten. 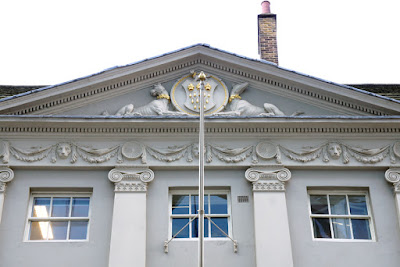 Behind the crested Palladian facade, added in the late eighteenth century, are rooms full of historical interest. The Outer Hall chandelier was a gift from Catherine the Great to the Earl of Malmesbury; it lights panelling which, like that of the Banqueting Hall, was added at the turn of the twentieth century. 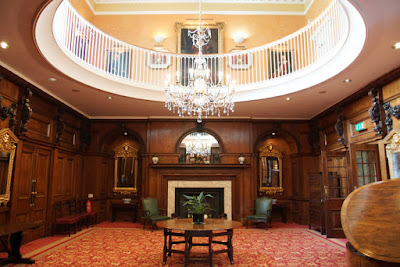 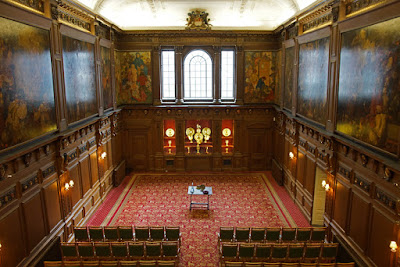 Gesso panels lining a corridor depict the Company's modern work of education, charity and hospitality. Interestingly, Education was depicted with a roundel in 1903, five years before a similar design appeared in London's Underground stations! 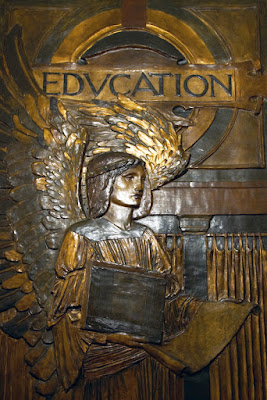 Fur must have been a vast profit-making industry back in the early 14th century. The Worshipful Companies only got going when they had standards to keep and profits to protect. And that 1327 charter, that gave the Company control over the fur trade throughout the country, was worth its weight in gold.

Can we assume that the original Company building was comfortable, and it became more and more lavish as time went on?

I don't know how much more lavish it became; the Great Fire and the Blitz meant lots of expensive rebuilding work (although all the livery companies' silverware and art collections seem to grow impressively with time). The carpet certainly got more colourful! That newer rendering of the lynx is almost alarming.

We visited the Neolithic Grimes Graves site recently, and in the booklet it describes how the area was used in the Middle Ages for breeding rabbits for food and fur as the soil was ideal for burrowing. There is a picture of Thetford Warren Lodge a few miles away, which looks like a small castle and was built to protect the Warrener from violent poachers - it looks like it could withstand a siege!

Ooh, that sounds really interesting. Rabbit poaching seems to have been a contentious issue over centuries!