From Bric-a-Brac to Aquarium in Dinard 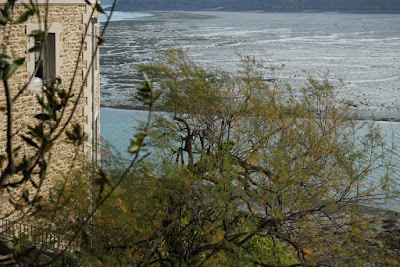 In 1934, one of France's first aquariums opened in the seaside town of Dinard, Brittany. An upscale resort established in 1858, it was known for its stylish shopping and elegant seafront villas. One such home, Villa Bric-a-Brac, has played a rather special role in the life of the resort, both before and after it was home to that aquarium. 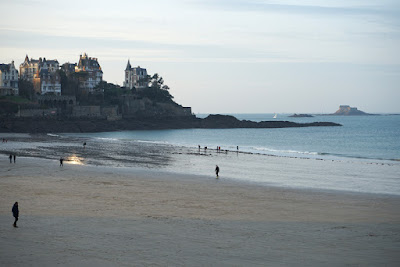 One William Faber had fallen in love with what was then a fishing village and its views while staying in Dinan. He not only moved to Dinard, but encouraged his English-speaking friends to join him. When Faber died in 1854, his wife Lyona continued to develop the resort: she built and sold villas, while the town also gained hotels, sea-bathing facilities, an Anglican church, and a steamer linking it to Saint-Malo. The seaside resort was born, and would retain strong connections with Britain.

From the 1880s until the First World War, Dinard was France's premier seaside resort. It had yachting, golf and tennis clubs and casinos; Agatha Christie and Oscar Wilde both came for family holidays; and the Prince of Wales visited incognito. The wealthy American Mrs Hughes Hallett held fashionable parties in her Villa Monplaisir. In a 1901 Pittsburgh Press article describing her as the 'Queen of Dinard', she urged her fellow Americans to seek 'repose' rather than money while boasting of an exhausting-sounding social life centred on her 'ball room at Dinard [which] seats 300.' Yachtspeople and Americans were welcome: 'I always try to have my old friends with me. Yes, it is true that King Edward when he was the Prince of Wales said I was the most beautiful woman in America, but then princes, you know, flatter sometimes.'

Among the properties Lyona Faber built for this fashionable town was Villa Bric-a-Brac, bought in 1873 by Robert Hamilton, a Scottish Colonel and veteran of the Crimean War. He extended it and made it more castle-like in appearance. In 1923, it was acquired by the town to prevent over-development of the site by speculators. 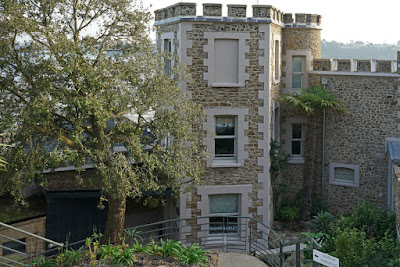 Meanwhile, in 1882, the Muséum national d'histoire naturelle (National Museum of Natural History) had opened a maritime station on the Normandy island of Tatihou. Jean Charcot advised a move to Brittany in 1923, initially to the village of Saint Servan. In 1935, it relocated to the former Villa Bric-a-Brac, with an aquarium and museum buildings added by architect Yves Hémar. 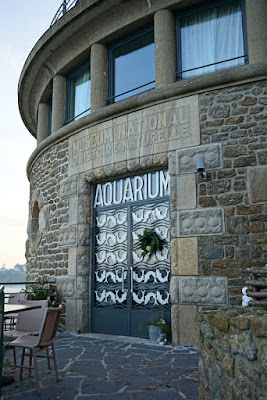 The roof of the aquarium served as a terrace, decorated by Eden Rediscovered, a statue of Eve whose unapologetic nudity apparently shocked the town's residents. (By contrast, the museum's Professor Gruvel had specifically requested that the sculpture, created in 1875 for the entrance to the reptile house in Paris, be installed.) 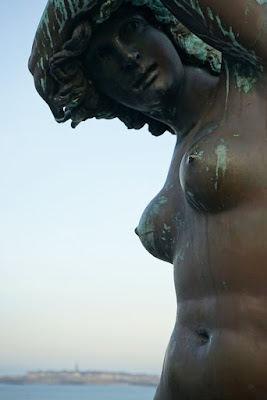 Jean-Baptiste Charcot knew Dinard before the marine research station moved here: he had taken part in summer regattas. (He also won two silver medals for sailing at the 1900 Olympics.) However, Charcot's reputation rested not upon yachting but upon polar exploration, first on the Francais and then on his most famous ship Pourquoi Pas. He would die on board the Pourquoi Pas IV when it was wrecked off the coast of Iceland in 1936.


In the Dinard aquarium were 25 tanks, showing about a hundred species from the region. These may not have been much competition for the more obviously tourist-friendly aquaria in Saint Malo and Brest, but then the primary purpose of the site was research. It even had its own boat, used to take measurements and collect samples and specimens. 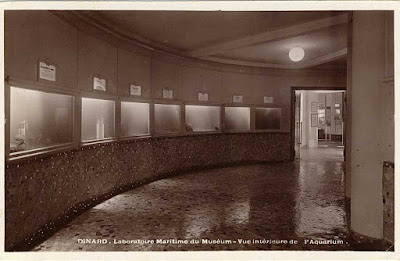 Eventually, the cost of maintaining and updating the buildings and the challenge of attracting visitors saw the Aquarium close in 1996. The laboratory moved out of the town to new premises in 2008. For some years, the villa would remain empty, but in spring 2015 it reopened as a hotel. The aquarium itself is now a bar; its exterior and original doors are beautifully restored, and complemented by decor which stylishly develops the aquarium theme. 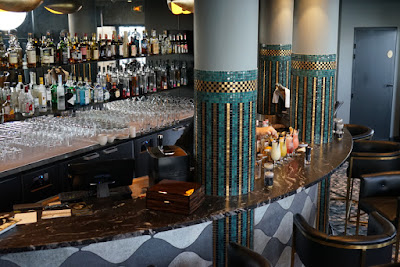 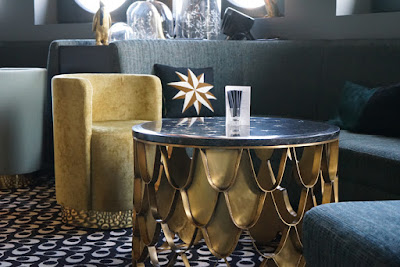