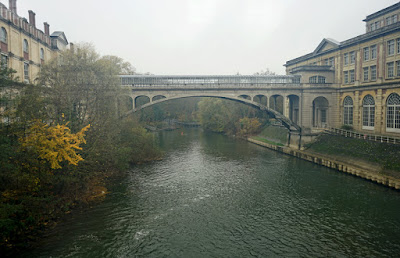 The mill at Noisiel's former Menier chocolate factory may be exceptionally eye-catching, but its neighbours also deserve our attention. They were added to the site as the company expanded, and bear its imprint throughout - even now that the site has been converted into Nestle's French headquarters. 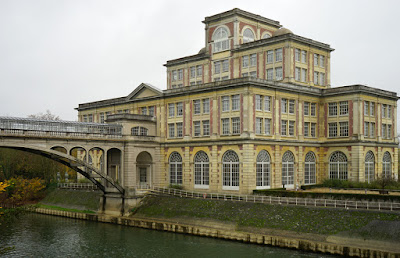 Equally beautiful, although very different in style, is La Cathedrale. Like its older neighbour, this building used innovative construction techniques: it was one of the first reinforced concrete buildings, completed in 1908. Its architect, Stephen Sauvestre, had already worked on the Eiffel Tower - he was responsible for the decorative arches at its base. La Cathedrale's mixture of brick and stone is characteristic of his work, which included many houses in the 17th arrondissement of Paris. 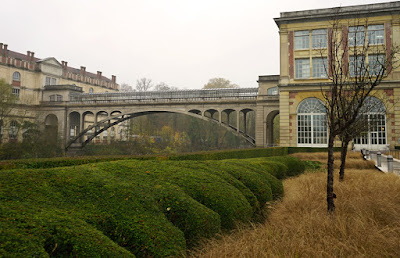 Engineer Armand Considere would later patent the construction method used here, in which the concrete was reinforced with steel hoops. He and Sauvestre were also responsible for the bridge joining this building to its neighbours across the Marne. It became known as the Pont Hardi (Daring Bridge) because it had the largest span of the era - 44.5 metres (146 feet). 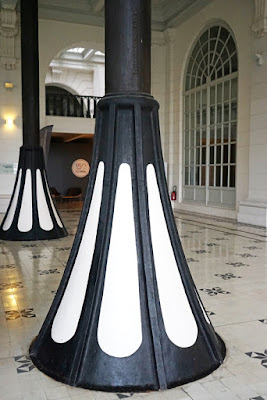 Given such innovation, La Cathedrale's interior was hardly going to be ordinary. It is notable for very distinctive pillars, between which the cocoa was mixed with sugar. 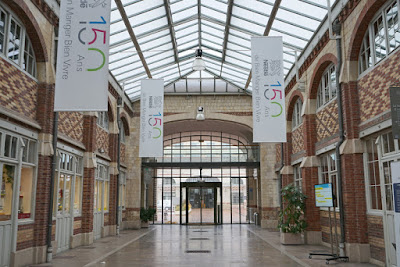 Formerly, beans were sorted and roasted in the glass-roofed La Verriere which was built in 1866 and extended in 1923. Today it leads visitors from the reception area, past displays of Nestle products. However, traces of its past are still visible throughout. 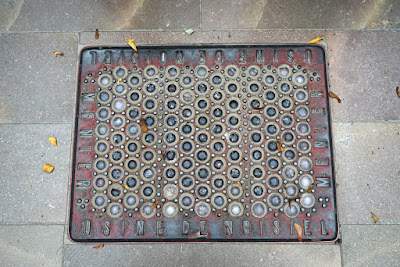 Modern technology included cooling machinery, housed in the Halle Eiffel, which chilled the extensive cellars where the chocolate was released from its moulds and stored. 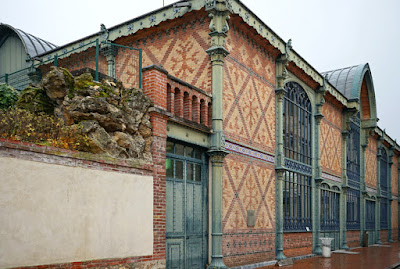 The machinery is now gone, but this metal-framed building from 1884 remains. 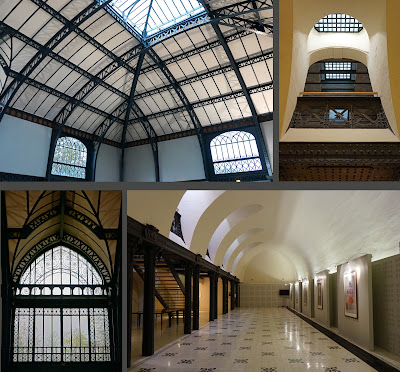 Its name comes from the story that this was formerly a pavilion from the 1878 Universal Exhibition in Paris, but any connection to Gustave Eiffel is unproven: its official entry in the register of historical monuments attributes it to Jules Logre. With its fanciful details, inside and out, it hardly needs such stories. It fits perfectly into this extraordinary kingdom of chocolate. 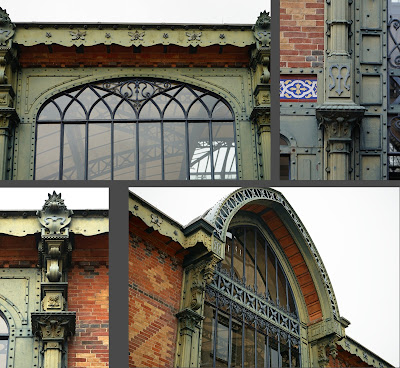 One would not be surprised to see Fry's Chocolate "Five Boys" suddenly appear.